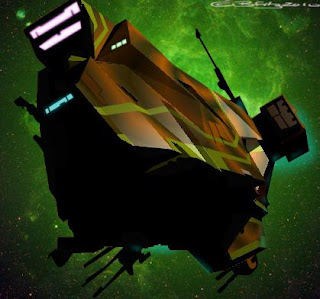 I have been interested in all thing sci-fi for a very long time - ever since the first Star Wars movie came out and I saw it at an impressionable age. My interest in sci-fi extends from sci-fi novels to illustrations, concept sketches, spaceship designs, games (both video and online), and basically everything.

I do sci-fi illustrations all the time, and am also constantly imagining the sort of movies, games and comics that this art would be used in. I have even gone as far as to write my own sci-fi role-playing games and novels.

I have also done some animations and designed and rendered enough 3D spaceship meshes and illustrations to populate an entire deep space fleet.

A lot of the more advanced, cutting-edge thinking in sci-fi comes from fiction, however, and I try to stay abreast of what is going on. When I read a particularly good piece of space opera, I will of-course be recommending it here.I'll also be shamelessly promoting every new book I write as it is published.