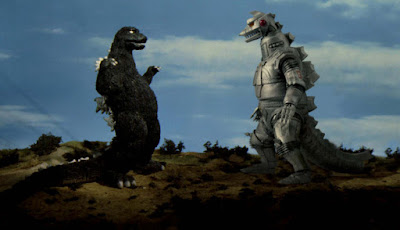 Every website worth its salt has top tens - where seemingly evenly-matched opponents battle for dominance and are ranked - and my blog is no different. BuzzFeed, of course, are famous for their ability to churn out top ten lists at a rate that defies anything the internet has ever seen before, and there is no way a long blogger like me can ever keep up. Top tens are such catnip to search engines, however, that I would be remiss if I didn't attempt to come up with a few.

Unlike the gratuitous nonsense spat out by popular culture websites about a host of topics you really shouldn't be paying attention to, the following top tens are all of the highest quality and will enrich and edify your day. Enjoy:

Top Ten Sc-Fi Superheroes
Superman is from another planet and Batman has traveled to other planets, and spends a good deal of his time aboard a space station. But somehow this isn’t enough in my mind to make either of them real sci-fi superheroes. A sci-fi superhero, in my opinion at least, needs to have some other ingredient to make this list.

Top Ten Robots
What would sci-fi be without robots. This is one of the top tens that had the most worthy candidates vying for attention, Whittling them down to a list of the absolute best was not easy.

Top Ten Sci-Fi Ground Vehicles
This excursion into ranking the unrankable made me think deeply about what a sci-fi ground vehicle even is. The vehicles that did make the cut are pure sci-fi goodness.

Top Ten Spaceships
The most important sci-fi top ten of them all. Where does a spaceship-curious noob start. Don’t worry, I’ve got you covered, with my Top Ten Best Ever Spaceships from Sci-Fi TV and the Movies.

Top Ten Sci-Fi Sports
A surprisingly rich top ten that shows how sports of the future say a lot about the societies that produce them, just as the sports we enjoy today say a lot about us.