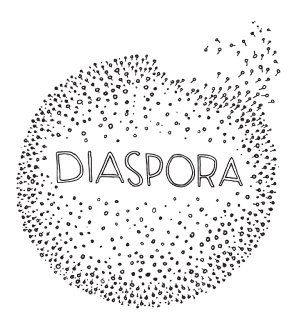 There' a newish website out there, positioning itself as a rival to Facebook, called Diaspora*, and I've decided o join it. The problem is I really don't get on with Facebook, so there is good chance I won't really know what to make of Diaspora*.

I'm looking more for an online community, that I can half ignore and half engage with while I'm doing something else. I first tried anobii, the books social network, (after all I'm an author) but it wanted me to start creating content for them immediately, book reviews in this case, with nothing given in return, not even a nice welcome screen. Next on my list to try was Diaspora*

On first joining, Diaspora looks a lot like Facebook. In fact, to my untrained eye, exactly like Facebook. It's not, of course, it is a nonprofit, user-owned, distributed social network that is based upon the free Diaspora* software. Diaspora* consists of a group of independently owned nodes (called pods) which interoperate to form the network. And there are more than 1 million Diaspora* accounts.

So I'm part of a pod now, but I don't know what that means. Nobody is talking to me, which is probably a good thing, it would only spook me if they did.

From what I read, the good things include, that the social network is not owned by any one person or entity, keeping it from being subject to corporate take-overs or advertising.  I retain ownership of my data and do not assign ownership rights. The software is specifically designed to allow users to download all their images and text that has been uploaded at any time.

So, anyway, I'll keep logging in from time to time, to see if Diaspora* manages to engage me, where both Facebook and G+ have failed.
Labels: Social Networks