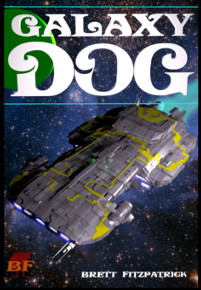 One of the stages of uploading a book for publication is deciding on the section of the bookshop the novel will be shelved in. For my book that appears relatively simple. Just look at that honking great space ship on the cover and you know it’s sci-fi, problem solved, right? Well, it’s actually a little more complicated than that. There are quite a few subgenres of sci-fi, and, in a huge, modern, online bookshop offering millions of books, you need your work to be in exactly the right section if you want to reach your audience.

So, of all the various subgenres of sci-fi, which best describes my latest book. Up to now I’ve been listing my sci-fi books as militarysci-fi, and yes this is a subgenre of science fiction, but I’m starting to think that it might actually be spaceopera. Military science fiction is defined on Wikipedia as a subgenre of sci-fi that uses advanced technology, mainly weapons, for military purposes and usually has principal characters that are members of a military organization. It contains detailed descriptions of the conflict, the tactics and weapons used.

My DarkGalaxy books certainly have plenty of all that. But they have a lot of space opera elements as well. They are set in a spacefaring civilization in the far future. Technology is ubiquitous and secondary to the story. The universe is big, there are empires, political conflicts and intrigue. The action ranges across a good portion of a whole galaxy. It also has a romantic element which distinguishes it from most HardScienceFiction: big love stories, epic space battles, oversized heroes and villains, and awe-inspiring scenery.


My books could never be accused of being hard sci-fi, by the way. Hard Sci-Fi makes some attempt to relate the imagined future to real science, and all the artificial gravity, FTL and such like in my latest book automatically disqualifies it from being considered for too long as being on the «harder» end of the sci-fi spectrum. I don’t, for example, worry too much about the science behind how robots gain AI in my setting, but I do put some thought into what that means for society. Robots do not automatically become intelligent slaves, there to do their masters’ bidding, which means a lot of reliance still on drones and dumb systems. There is even the cautionary tale of an extinct species represented now only by the artificial biomechanoids they fashioned to serve them - who rose up and destroyed them. So definitely not Hard sci-fi, but that still leaves the question of whether it is space opera or military sci-fi.

The male lead, Knave, is the only character who starts the story in the military, and he resigns his commission towards the end of the last book so, following Wikipedia’s definition, I’m going to be listing this installment of the Dark Galaxy books as space opera, when the time comes to upload it.
Whatever subgenre you happen to find them listed under, they are a ripsnorting, mile-a-minute read with robots, spaceships, action, and adventure, so pick up up the first book, Galaxy Dog, and start reading now.
Labels: Dark Galaxy Galaxy Dog military Sci-Fi space opera