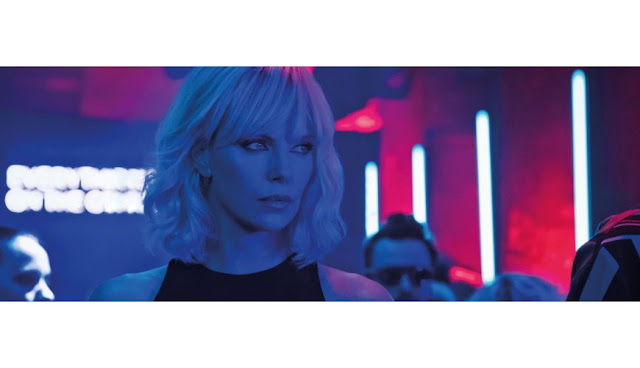 There is some negativity out there towards Atomic Blonde, typified by this review from Variety. In the review Andrew Barker says that the film has style to burn, employing enough neon lighting to power the Las Vegas Strip for weeks. Theron casts an indomitable figure throughout, and the camera lingers on every contour of her face and body with an intensity that verges on the fetishistic. But he thinks there’s a fundamental emptiness behind all the flash.

I could not disagree more: I just saw Atomic Blonde and I loved it. I think what reviewers like Barker are missing is that to truly understand Atomic Blonde you have to have a grounding in the deep roots of sci-fi. I’m talking specifically about 80s sci-fi like Blade Runner, where style is as important as substance. Blade Runner was what was happening in the USA, but Europe of the 80s, the movie’s setting, was seeing its own movement of flashy sci-fi masterpieces.

When the main character, Lorraine Broughton, first arrives in East Berlin, she is chased into a cinema that is playing Stalker. This is a 1979 Soviet science fiction film directed by Andrei Tarkovsky about an expedition to a mysterious restricted site known simply as the "Zone," an area that is supposed to have the ability to fulfill a person's innermost desires. The "Zone" itself appears sentient, while their path through it can be sensed but not seen. In the film, a stalker is a professional guide to the Zone with the ability and desire to cross the border into the dangerous and forbidden place with a specific goal.


I can’t claim to have seen Stalker, but it is based on a classic sci-fi novel called Roadside Picnic that I read way back in the 80s. I didn’t have a lot of money back then, and all my reading was second-hand sci-fi from market stall book traders (including the famous Robinson’s that has sadly gone out of business) or from the local library. This was one of the few sci-fi works the local library had so, even though my taste at the time was more Conan the Barbarian than arty Russian philosophy disguised as sci-fi, I still ended up reading it, and it is full of images that stayed with me for a long time. The full text of the classic sci-fi book Roadside Picnic can be read at the following link.

Berlin in this movie, just like the Zone in the sci-fi classic, is an area that can destroy you, or it can release a treasure with the potential to change the world.

The movie is dense with meaning and layered with style. It is a little like Subway or Nikita, which were both 80s movies directed by Luc Besson, and both part of the cinema du look movement.

Cinema.enacademic.com says that the cinema du look is a term used to describe films that emphasize visual style—or le look, as well as image, color, and youth. The look films were at first derided by intellectual French film critics for their alleged fetishism of the image at the expense of artistic, political, or psychological substance. Critics argued that the characters in these films—especially those of Besson's Subway—were depicted as objects rather than complex individuals. They also objected to what they perceived as meaningless borrowings from, or recycling of, previous film images. The look's perceived reliance on spectacle, surface, the sensual, and the romantic initially repelled critics.

It is precisely this that Atomic Blonde is paying homage to, while using intense 80s imagery, fashion and music, coupled with John Wick-style violence, to create an unreal zone where you can not be sure what you are seeing makes sense. 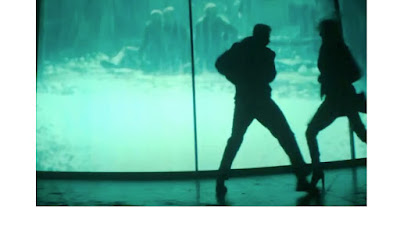 The violence in the cinema, for example, is portrayed as taking one of the thugs involved by surprise. He doesn’t understand why he is fighting Lorraine Broughton, with the famous “hell slime” scene from Stalker playing behind him, and neither do we in the audience, until later in the film. The neon light, the haze of cigarette smoke, the sharp-edged fashion, the music (which is lush and fantastic) all make this an unreal space. The film is complex and you can’t trust your eyes, which are too easily distracted by the surface style and frenetic violence, just like in the sci-fi classic playing on the screen.

I’m so glad I got to see this movie, even though I was initially hesitant to see it. From the trailer, I got the idea that it might cross the line into the male gaze territory. There is a lot of female flesh on display in the trailer, wrapped in fishnet and panties. You see a lot more of Charlize Theron in this film than you get to see of Keanu Reeves in John Wick, that’s for sure, but she is not being objectified, at least not in my opinion. The scenes where we see her less than fully dressed all seem to emphasize her physicality and strength, her ability to take punishment, punishment that leaves marks and bruises. She is not a super woman. She is inhabiting a very dangerous world, full of brutes and cheats, and she regularly has to engage them, hand to hand, and she does not always win. She is portrayed bathing her wounds in a bath of freezing water, numbing her pain. She has entered the zone, and it has left its mark on her.

All this verbiage boils down to the fact that you must go out and see Atomic Blonde, or stream it when it turns up on Netflix, or whatever, immediately. It is one of those movies that goes beyond just a cinematic experience, at least for me as a child of the 80s, and hit you on a more philosophical, and at the same time physical, level. Enjoy.
Labels: Movies