Supergirl is crammed with sci-fi 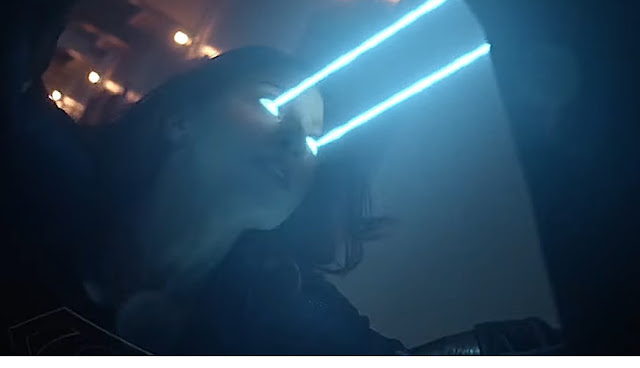 Supergirl is a lot of things. Supergirl is a character, who first made her appearance in Action Comics #252, in May 1959. Supergirl is also a comic book, which debuted in 1972. Supergirl is also a movie and, most recently, Supergirl has become a TV show. The show premiered in October 2015 on CBS, then moved to The CW for its second season. It stars Melissa Benoist as Kara Zor-El, a Kryptonian who escaped from her dying planet as a teen. Twelve years after coming to Earth, Kara decides to use her powers to become Supergirl, while retaining her adorkable secret identity. She soon after joins the Department of Extra-Normal Operations, a secret government agency, and that's pretty much all you need to know.

Supergirl isn’t the only superhero show out there, right now, there are a hell of a lot of them. The Source has a good list of current, new, and upcoming superhero TV. Until The Defenders arrives, Supergirl is my current favorite out of all of them.

This isn’t just because the show is well written, though it is. The dialogue on the show is a constant delight. Paste Magazine.com has a nice selection of the best lines in just one episode, but every week it is chock full of gags that feel natural and get you laughing and smiling. The beautifully crafted dialogue is also well acted and the special effects are as good as you can expect from a TV show. As someone quite happy with the wobbly corridors or British sci-fi, such as Doctor Who and Blake's 7, it is plenty good enough for me to suspend my disbelief. As the Guardian said after the first episode of Supergirl aired in the UK:

The show is an unfashionably optimistic, genuinely fun adventure about the merits of achieving your potential. Supergirl feels like it’s consciously aiming for a broader audience than other comics-derived shows by foregrounding comedy rather than in-jokes and references to comics lore.

The show isn’t perfect, what show is, but as Legion of Leia.com says:

You always find yourself forgiving Supergirl’s flaws because the show is so damn good at making you feel something.

All these great elements of the show aren’t why it’s my favorite though; I love it because of all the science fiction. It is crammed with sci-fi, from overarching themes to the detail of stage setting. To start with the big stuff, as an article on io9 says:

...possibly the most pervasive narrative in science fiction is actually the story of refugees. They flee from planetary destruction, war, or just from overcrowding and ecological crappitude.

Supergirl fits into this paradigm very well, as the title character came to Earth to escape an environmental disaster. Other characters too are migrants, such as J'onn J'onzz, who fled to Earth from a genocidal conflict on his own planet.

And it’s not just in the concept of the show that we find these themes. Individual shows can incorporate big, sci-fi ideas too. I was tipped off by an article on Paste Magazine.com that Episode 11 of Supergirl’s season 2 is called The Martian Chronicles, named after a book by Ray Bradbury that is one of the most famous works of sci-fi ever written. It was published in 1950 and, as Wikipedia says, it chronicles the colonization of Mars by humans fleeing from a troubled and eventually atomically devastated Earth, and the conflict between aboriginal Martians and the new colonists. The show addressees these same issues of dislocation and conflict through the eyes of two Martian characters.

On top of these themes, Supergirl also has a lot of the actual trappings of science fiction. For example, it has an awfully large number of aliens. Screenrant has a full list of the aliens that have appeared on the show but just a short list includes Kryptonians (Supergirl and her cousin Superman are these), shapeshifters from Mars, strong and warlike Daxamites, a cybernetic species called the Coluans, evil and telepathic Dominators, and insect-like Hellgrammites.

As well as aliens there are also robots on Supergirl, such as Red Tornado. Red Tornado appears in the Supergirl episode Red Faced, portrayed by Iddo Goldberg. He is a combat android designed by T. O. Morrow (also portrayed by Goldberg). He is a highly-intelligent android with superior strength and durability and is capable of creating bursts of cyclone-force winds which enable flight, enhance speed and create storms. He's one of those comic book characters I've always been interested in, and I hope he'll become a recurring character.

There are also a surprising number of spaceships on the show, and even a Stargate-type portal. The secret government force that Supergirl joins also have access to a lot of gadgets and technology that is very much science fiction. Among all the show’s strengths, it is the sci-fi that keeps me coming back for more. Come for the snark and the feels, but stay for the aliens, spaceships, and gadgets.
Labels: DC Comics sci-fi TV Supergirl