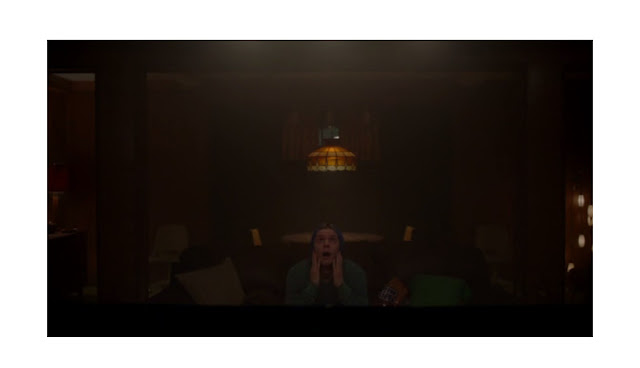 This is very spoilery few musings for episode one of American Horror Story: Cult. I’m no fan of horror, but I thought I would Give Cult a try because it has been reported in the news as having an overt political message, along with a whole bunch of clowns. I figured it was going to be mostly psychological horror with an interesting political twist, which I might enjoy. Boy was I wrong.
The show starts off with a truly horrifying scenario. A game changing event beyond the ability of the characters in the show to prevent comes along and changes their lives. Donald Trump becomes president of the USA. We watch this happen along with various people and their TVs. One of the most interesting characters to me was the one played by Billie Lourd. She is a young woman who is mad because CNN didn’t give a trigger warning before announcing the results.

Billy Lourd’s character campaigned hard for Hilary. But she later in the episode turns out to be troubled, to say the least. She gets a job as a babysitter and makes the kid she is looking after watch snuff movies from the dark web. Her blue-haired brother is just as troubled, if not more so, and where she reacts with sadness at Trump’s win, he is exultant. On election night, on hearing the news, he puts Cheetos in a blender and uses the resulting paste to turn himself orange with the dust.
With our characters introduced, all while watching the election coverage, the show moves on to show a bunch of nasty and gory clown encounters. I’m guessing the clowns are to evoke the Insane Clown Posse, the Juggalos, who are considered a gang by the FBI. Or maybe it’s just the inescapable fact that Trump is the most clown like of the presidents the USA has had in its history.
For an example of the this clown stuff, we are taken early in the show to a park where two tattooed millennials are making out. The guy starts telling the girl a ghost story about a clown, and a then a clown turns up. Horror ensues, but it all turns out to be a story from a comic book that a kid is reading at night. 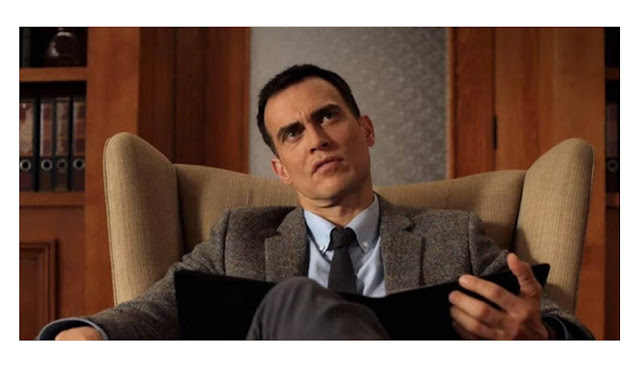 The kid’s mom catches him reading and then, on seeing the comic book, her phobia of clowns is triggered. She goes to see her psychiatrist, who has a beautiful consulting room with abstract art on the wall and leather furniture, but he can’t help her. She starts seeing clowns everywhere and thinks she is losing her mind.

I smiled when it later transpired that this mentally fragile woman owns and helps run a shop that she and her wife call a butchery, The Butchery on Main to be precise. There is lots more clown based horror action, but I’m not going to bother describing any more of it.

I like horror so much that I have written my own zombie book. It's called Death Sense and it is available from Amazon. Here are the first two lines of the blurb:

Death Sense is a story about people who survive, either in small groups, alone, or in large communities, and what happens to them as the world continues to crumble under the weight of the zombie onslaught. The cities are first to fall, huge urban centers like San Francisco being lost in just a few days, and as each last bastion of society crumbles, the survivors must more and more confront the possibility that they are the last humans left alive.

Death Sense is a novel of constant battle against the end of the world, brought on a tide of zombies, but there is also space for human relationships. People who would never otherwise meet are forced together, and their feelings are felt intensely, sometimes hate and sometimes love.

In fact, one of the creepiest scenes in the show isn’t related to clowns at all. It was when the blue-haired brother, who is shaping up to be the bad guy by the looks of it, throws cold coffee at the two main characters. It is obviously an intentional act and the two women don’t know how to react. It’s the sort of random act of low-level violence that actually happens on our streets.

The episode also has Tim Kang in it, who played Agent Cho in The Mentalist. He was always a rock in that show, and helped me get through the frightening bits. I thought he was going to play the same role for me in this show, as a kind of talisman who would show up mke things okay, but no. He and his wife are messily killed towards the end of the show. Okay, I thought, this isn’t for me. I neither have the nerves or the stomach for it.

I appreciate how well written and filmed the whole thing is but I will not be watching another episode. It was just too gory for me.
Labels: Horror