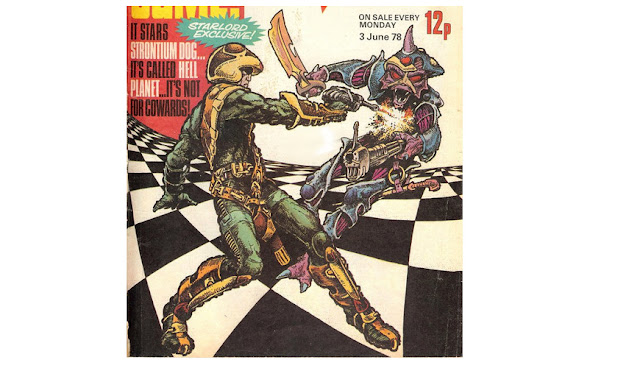 This is my fourth post about rereading a sci-fi comic book from my youth. I still remember the experience vividly today, which is why I decided to return and revisit them. According to Google Search Console nobody has read any of my other posts about this old comic book - they’re the least popular part of my site - but is that going to stop me? You can bet it isn’t.

With three issues under my belt, it’s time to move on to issue four. You can read along with the issue  as well using the scans of the comic’s pages that can be found here. This issue is an absolute peach. It has a classic cover, one of the best ever to grace the front of a comic book. It is drawn by Carlos Ezquerra, and it has a warped, psychedelic background that draws us into the confrontation between a future hero and an alien monster. Carlos Ezquerra was one of the most gifted artists of this era, and we were very lucky to hav him come from Spain to work in Britain.


The UK was a popular market for Spanish artists at the time, because the exchange rate meant the work paid well. Ezquerra eventually moved to London and settled in Croydon with his wife. The cover features the hero of one of the stories in this issue of the comic book, Johnny Alpha of Strontium Dog. Strontium Dog is a sci-fi western about a future where mutants are an oppressed minority forced into working as bounty hunters. Ezquerra was pretty much the only artist to draw the character, until 1988, when writer Alan Grant decided to kill him off in a storyline called "The Final Solution". Ezquerra disagreed with the decision, and refused to draw the story. In 2010, “The Life and Death of Johnny Alpha" brought Johnny back from the dead. 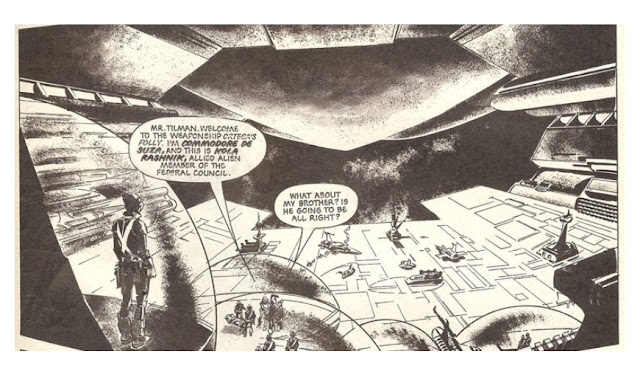 The comic doesn’t start with Strontium Dog, however, instead it again starts with Mind Wars This was a strip that is very obviously inspired by Star Wars, and features some absolutely delightful spaceship designs. Just look at the docking bay of a monster spaceship we can see in the image above. 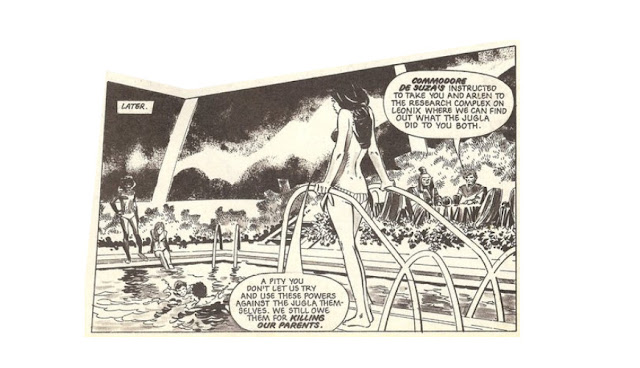 The spaceship even has a pool, with shrubbery and trees where the crew can relax, and our heroes can recuperate from the things that have happened to them in the story thus far. Mind Wars is followed by Ro-Busters, which carries on the story about kill-crazy alligators terrorizing a bus full of kids in a swamp, with only a squad of second-hand robots to save them. 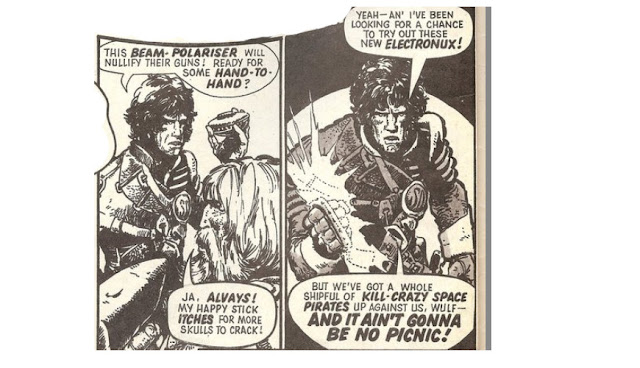 Strontium Dog is third up, and it carries on the story about space pirates from the week before. In this issue we see Johnny Alpha break into a secure area and liberate a bunch of weapons ready for the showdown with the pirates to come.

Then come two lesser stories, Planet of the damned and TimeQuake. Planet of the Damned is at least fun, with cannibals on a post-apocalyptic planet in an alternative universe, while TimeQuake is just a slog. It’s a boring alternate history story about what might have happened if the Nazi’s won WWII. 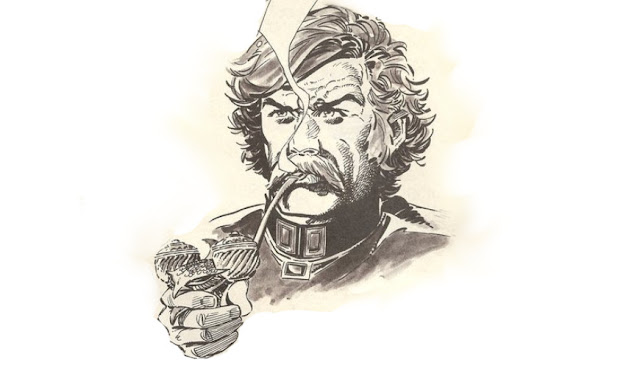 All in all the comic is a lot of fun, with even the weaker stories being well drawn and stuffed with interesting ideas. The thing that makes this comic so special to me may have something to do with the times I was reading it in. It originally appeared on the 3rd June 1978, which was a very different time. It is so far in the past that it is hard  It was a year when science fiction events were in the news, such as the world's first IVF baby being born. Georgi Markov, a Bulgarian dissident, was murdered in London with an umbrella that carried a poison pellet.

The music ghosting through the aisles of dingy supermarkets and department stores was very different too. Paul McCartney's Mull of Kintyre was a hit, along with Kate Bush's bonkers Wuthering Heights. Rod Stewart's song, Do Ya Think I'm Sexy? was a gigantic hit, and was ridiculed on the variety shows on British TV. 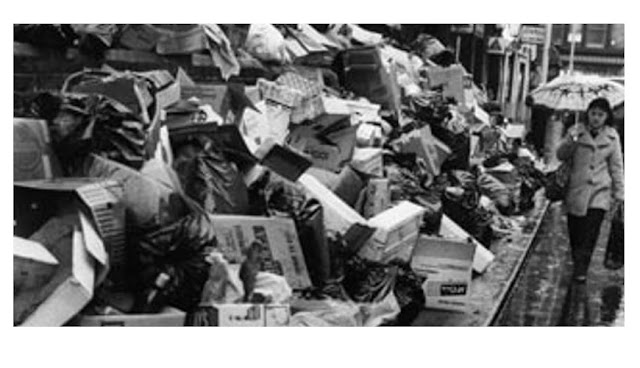 It was also a grim year. Public Service strikes caused major disruption to all services. The European Court of Human Rights found the United Kingdom government guilty of mistreating prisoners in Northern Ireland. There was already talk of an election, which would come the following year and usher Margaret Thatcher into power. She was propelled to victory by a severe winter - the famous Winter of Discontent - with snowy weather combined with rubbish piled up on pavements and dead unburied because of the strikes.

This was all still in the future, in June, but somehow there was a feeling of foreboding. It could all already be felt on the air, and this little science fiction comic book was a bright spot among all the gloom.
Labels: Prog Slog Starlord