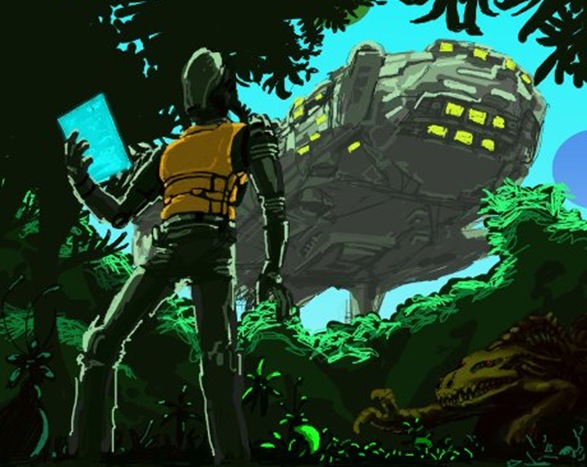 I posted about Star Trek: Discovery episode 3, Context is for Kings, the other day, and one of the things I like is that the show continues subverting the technobabble of Star Trek with a bit more of an infusion of magic and the uncanny. The science of the new invention they are working on in this episode is described as a mix or energy and organics, a web that unites the galaxy. It got me thinking about a distinction that exists within sci-fi between hard and soft science fiction. It’s a distinction similar to that of high and low fantasy.

There is a reddit thread that discusses it. It says that in fantasy, high fantasy is the area of the genre with magic and elves, while low fantasy has less magic, fewer elves, and more realism. In science fiction, soft science fiction might have energy based beings, telekinesis, and telepathy while hard science fiction does without such things. It is typically set in the near future, using practical technology and real, current physics. Like 2001: A Space Odyssey.

Soft science fiction is more fantastical, probably set further in the far-future, with made-up-physics such as anti-gravity motors and FTL engines. Star Wars, with its mystical elements, such as the force, is the prime example of this.

This is not a dichotomy, it's more of a continuum, with most sci-fi is somewhere in the middle. Star Trek is considered a pretty realistic show, but because of budget constraints, they didn’t have the budget to simulate the weightlessness of space, or to have shuttle journeys to and from the planet’s surface every week. So instead we have anti-gravity systems stick the crew to the deck and a teleporter to get up and down to the planet’s surface quickly. These things are assumed to have a technological explanation, but it is really just a bunch of made-up, pretty-much impossible physics.


There is actually a scale of hardness in sci-fi, the Mohs Scale.

Level 1 is work that is unambiguously set in the literary genre of Science Fiction, but scientific it is not. Devices gain new powers as the plot demands, and science takes the place of magic, like Star Wars and superhero comics.

Level 2 is where the science is magical but dealt with in a fairly consistent fashion despite its lack of correspondence with reality. Works like Star Trek: The Original Series fall into this category.

Level 3 is stories where the author aims to justify their creations with real and invented natural laws. Battlestar Galactica (2003) falls in this class.

Level 4 is works where the author invents one or two counterfactual physical laws. Often this means stories that include only a single fantastical device, such as FTL travel, but for which the device is not a major element of the plot. Many Hal Clement novels fall within this category.

Level 5 is where the science of the tale is genuine speculative science or engineering, and the goal of the author is to make as few errors with respect to known fact as possible. Robert A. Heinlein's The Moon Is a Harsh Mistress falls into this class.

Level 6, the highest level of hardness, is where science is at the level of real life, now, which means the story may not really be science fiction at all. The Martian is probably locates somewhere between here and level 5.

The term, hard SF, is in pretty common usage, but nobody talks in the same way about soft SF. Such stories are more likely to be called Space Opera, but not all soft SF actually is Space Opera. 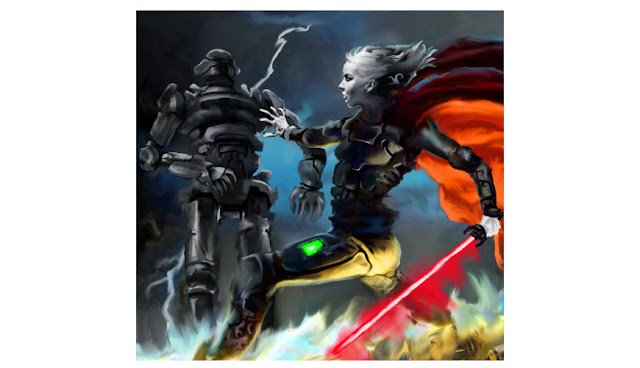 There are a lot of fans out there for all the different levels of science-fiction hardness, though I suspect there is a certain amount of fetishization of a writer being able to successfully pull off sci-fi at the harder end of the Mohs Scale. An author needs to know a lot of science to confidently sit their book at this send of the scale, and there are a lot of readers out there looking for mistakes and inconsistencies.

A couple of years ago, Rocketstackrank.com did some research into how prevalent hard sci-fi was in the work being produced that year. They were investigating the health of hard science fiction, to investigate claims including:

No one is writing good hard-SF stories anymore.
Hard SF has no variety and keeps reusing old ideas.
Only men write hard SF.

They found all these claims to be false. They defined hard SF as a story where the science must be accurate enough that an educated layman does not have to suspend disbelief for it. Some aspect of science or technology is key to the plot. It cannot merely supply the setting, which is roughly equivalent to the Mohs Scale levels 4 and up.

They defined soft SF as a story that's not fantasy but which has things like time travel, AIs with emotions, psionic abilities, etc. This is roughly equivalent to the TV-tropes levels 3 and below.

They drew the line between soft SF and fantasy using George R.R. Martin's "furniture" rule: look for aliens vs. elves, or magic vs. forcefields. If there was no magic, no witches, no demons, etc., then we called it soft SF, not fantasy. Hard SF accounted for over a quarter of the stories they read that year, which didn’t surprise me.

The last question I was wondering about is where my own book, Galaxy Dog falls on the scale. I would say, based on the telepathic links that the alien technology in the book is able to instate, coupled with anti-gravity motors, FTL engines, and virtually instantaneous communication across a galactic empire, Galaxy Dog rates as a massive Level 2 on the scale. The science bears no relation to the technology, or even the theories, we have available to us now, but I do try to think about its implications in a consistent way.