Stages of Writing a Sci-Fi Novel 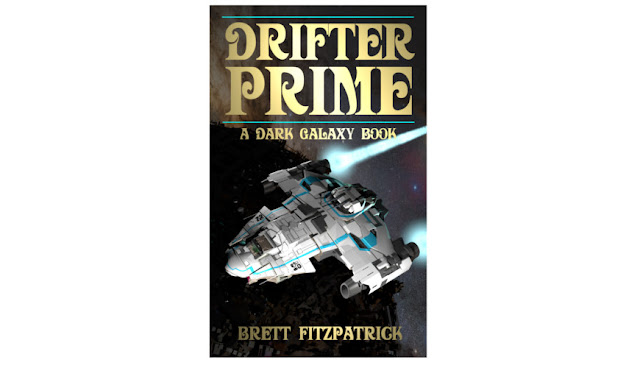 I have just been looking at the word count on my latest novel, and it has reached a whopping 42,000 words. I like to write books in the region of about 100,000 words, or a little more, so I am rapidly closing in on the half way point.

This got me thinking about the various stages of the evolution of a novel. Mostly when people talk about this, they talk about a lot of phases. This is not how I work, but I have read plenty of articles talking about the same basic method, so I am familiar with it.

The first of these numerous phases is to plan the novel, in an outline where you sketch out the basic plot of the book. Although, Michelle Richmond on Medium says to forget the outline. She thinks an outline limits your novel’s possibilities and may cause you to get hopelessly stuck.

Next comes something called scene blocking, which is creating a rough outline of everything that happens in each scene from beginning to end, including every action, the words said, and where the characters go.

Then comes a first draft, where you go through your plan, scene by scene, converting it into actual prose. The first draft is then examined for continuity, consistency, and awareness, and important things like that. The first draft is the messiest and it will possibly need large-scale changes.  After numerous further drafts comes the final draft. This is where the novel is given that last it of fine-tuning.

It’s a logical process that works well for a lot of people, but it is not how I work. I need something a little more open and messy than this.


I studied art, and one of the ideas that is popular in the art world is working directly into materials. What this means is that the artist starts a work without any planning. The artist simply starts creating, evolving, developing and modifying ideas as the work develops, through experiment, trial, and error.

So with my writing practice, I’m not talking about the evolution of a novel according to the usual phases of outline, blocking, first draft, revisions, final draft, editing, I’m talking about the text being created from nothing but an idea, and then evolving to become what would ordinarily be named the final draft. I write a paragraph here, a page there, and not everything has to be a full-fledged chapter. I just keep writing, moving backward and forward through the books timeline, moving the text around and developing it outwards to fill the gaps between.

This process goes through distinct phases that I feel are best characterized by my emotional state as I’m writing them.

Stage one: is enthusiasm, which lasts from the first keystroke to about the 10,000 words mark. My head is full of ideas that I’m excited about and I know all I have to do is pour them out onto the paper. I can’t wait to start, and writing is a pleasure.

Stage two: is where enthusiasm fades away to be replaced by unease, and then terror. I wonder if the characters I am creating, the plot threads I am weaving, and the places I am going are ever going to come together. This lasts from around 10,000 words to 30,000 or 40,000 words. This is a bad place, but I know I’m going to get through it. This is where it is the hardest to motivate myself to write, and I have to remind myself how good it will feel when the novel is eventually finished.

Stage three: brings cautious optimism. This is where I am right now with my current book, at the 40,000 to 60,000 words mark, and it is a good feeling. The main problems with the book have been solved. I can see how the threads are probably going to come together to form a satisfying end to the story, unless some better idea comes along, and things are happening in the book. By this point, the story has to be set up, and must be well on the way to playing out, with events following logically from each other.

Stage four: then comes at the 60,000 words mark, and this is where it all starts to come together. I move all the plotlines into positions that will bring them to where they need to be by the end of the book, and mentally map out the most entertaining ways I can get them there. This stage is the one where I have to most intensively reorder scenes, and go back to rewrite sections. It’s hard work, but it’s worth it.

Stage five: I can best describe this as like writing and reading the book at the same time. It comes around the 70,000 words mark and lasts all the way to the end. The words flow so easily and naturally that they fell like they are coming from somewhere else. Writing to Clark Ashton Smith in 1933 about Conan, Robert E. Howard said writing was like having the character standing at his shoulder directing him. Whatever you think about the work of Robert E. Howard – and it is problematic to say the very least – I do recognize the feeling he is describing.

Stage six: comes next, and this is trying to decide when the novel is finished. Is it finished because I’ve reached the word count I had in mind, or are there still scenes I need to go back and fix? Is it finished because it reaches a satisfying climax, or does it need an epilogue? This is a difficult phase, and there is a temptation to rush to the finish line, but I have to keep on being methodical, trying to see the book for what it is, and being honest with myself about it. And then, at last, it’s done.

So, as I said, I’m at around stage four now, and that means all the good parts of writing are yet to come. I can start to be pretty confident that my new book, Drifter Prime, is going to go the distance. And the cover is coming along nicely, too.
Labels: sci-fi novel self-publishing