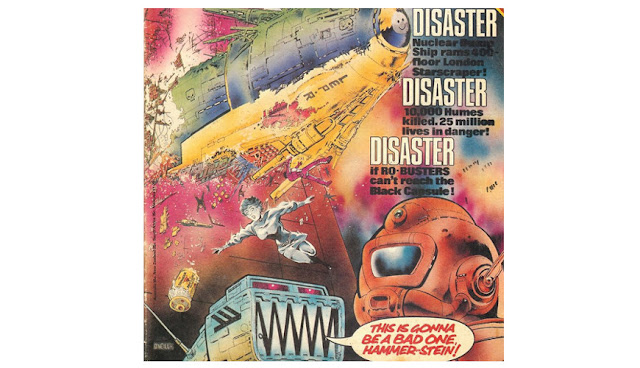 I can’t say how grateful I am to Starlord Comic.com for collecting scans of my favorite comic book from my childhood in one place. Starlord was a short-lived British Sci-fi comic published in 1978. It was much loved by the nerdy Star Wars obsessed 8 year old boy that I was at the time. The Stralord Comic.com site contains scanned images of every page of each of the 22 weekly issues that were published before it was merged with its more famous sister publication, 2000 AD, and I have made it my mission to read every one of them.


Issue five has the most eye-catching cover yet, again done by artist Kevin O’Neil. It shows a rocket full of nuclear sludge slamming into a building. This is a very rare example of the cover of the comic actually having something to do with one of the stories within. In this case, this is the disaster that the Ro-Busters will have to deal with.

The comic doesn’t open with Ro-Busters though, they are to be given a color spread later in the comic. Instead, the first story is Mind Wars, a hugely enjoyable homage to Star Wars. One of the nice things about the art by Jesus Redondo is that the two youths who are the heroes of Mind wars look Spanish, with strong features and shaggy black hair. For a kid growing up in 70s Britain, this was an extra touch of the exotic that made the story even more believable as taking place in a world far away in time. It was the same with Luke’s clean-cut Californian looks in the movie that had such an influence on this strip. 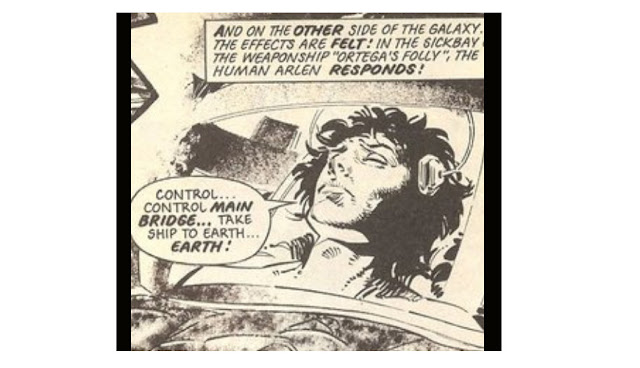 All these heroes looked so different to the knackered heroes of British TV of the time, such as Regan from The Sweeney. 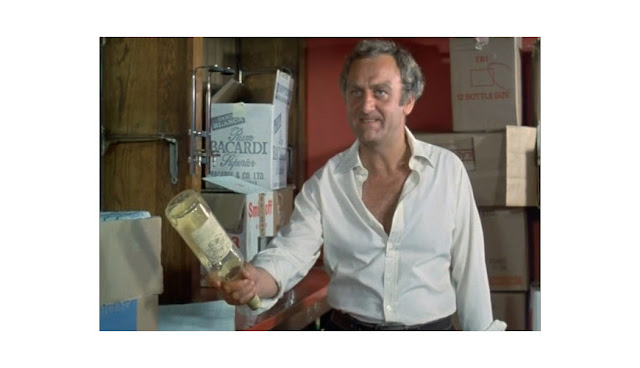 This was a police show with fast-paced edge-of-your-seat action, depicting the Flying Squad's relentless battle against armed robbery. For the time, it had a high degree of graphic on-screen violence and the episodes tended to have a high body-count. The series reflected the fact that it was made during a dark period for the real-life Flying Squad, which in the late 1970s had been publicly censured for being involved in bribery, police corruption and excessively close links with the criminal fraternity. Regan is a heavy drinker and smoker (comically, he is sometimes seen stealing other people's cigarettes).

I’m enjoying seeing Redondo’s art again, and I have to admit, liking it a lot more now than I did then. As Heroes of 2000 AD says:

His people tend to be beautiful, except when they’re hideously disfigured. He’s big on dramatic poses. It feels like he uses a lot of pen/brush strokes. Often eschews panel borders, without sacrificing clarity reading order (well, not usually). His spaceships in particular are very imaginative and expertly rendered. One interesting scene is where a human spaceship breaks up, as a defensive measure, shedding the main bridge, years before the Enterprise pulled the same maneuver in Star Trek TNG. 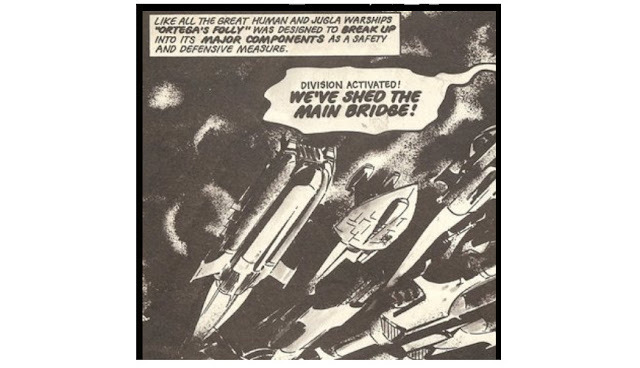 Mind Wars is very close in spirit to Star wars, and made a big impression on me back in 1978. It’s so strange that every word of the dialogue in this particular issue is familiar to me, after all this time. 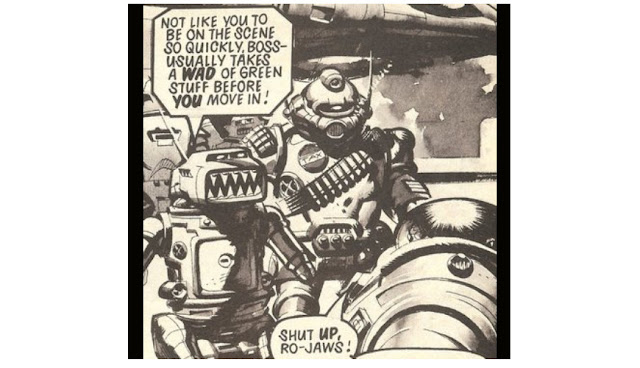 Next comes the Ro-Busters strip we saw on the cover, and I’m a big fan of that Kevin O’Neil art, but I think here the more traditional style of Ian Kennedy that is used for the actual strip within the comic is the slightly better rendering of a rocket hitting a building. It has a 60s feel that brings to mind shows like Thunderbirds, an obvious influence on Ro-Busters.

Then comes Strontium Dog, where the mutant bounty hunters save the passengers from space pirates and the humans apologize for treating the hero, Johnny Alpha, so badly. As this blog says:

For those not in the know, Strontium Dog was effectively the dark British take on the X-Men, in the same way Blake's 7 seemed to oppose Star Trek.

Then comes Planet of the Damned, which is like a big sprawling mix of LOST and the Walking Dead. In this episode of the strip there is a brief bout of cannibalism. The hero, Flint, saves his band from the cannibals, a group called Charlie’s Angels, by leading a group of Nazi sailors to their position. Flint and his group escape while the two groups of crazies, the cannibal and the nazis, fight among themselves.

After Planet of the Damned comes a strip called TimeQuake, and we have more Nazis. The strip is about a group of time guardians who have to sort out the mess when time goes wrong and the Nazis won WWII. The story is all action, but it’s not my favorite. I’m not a fan of the alternate history genre, and even seeing Buckingham Palace repurposed as the Nazi HQ in London, which is a powerful image, can’t lift this story to the same level as the other, more sci-fi, offerings to be found in this issue.
Labels: Prog Slog Starlord