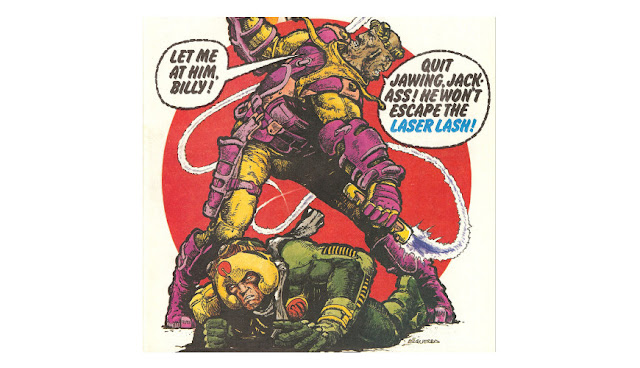 I have begun a prog slog, which is where some crazy person – in this case me – reads a swath of a comic book called 2000 AD. Often people start their prog slog at issue 1 of 2000 AD, but that was not my experience of the comic, so that is not how my prog slog is going to work. I’m starting my slog with the lesser-known and much more short-lived comic book called Starlord, which after a run of 22 comics was merged with the much better known 2000 AD at issue 86. I only started reading 2000 AD regularly when Starlord joined it, so it makes sense to me to start my slog with Starlord. Scans of all the issues of Starlord can be found on the Internet, so anyone can read them, even if you weren’t an obsessive comic book collector back in the late 70s.

Issue 13 came out 5 Aug 1978 and has a Strontium Dog cover by Carlos Ezquerra that is beautiful. The bad guy, seen here lashing the hero of this comic strip Johnny Alpha, has a fetching outfit of canary yellow and mauve. With its bold colors and detailed pencil work, it is a nice mix of poster art and comic book illustration. Starlord can be a little hit and miss with covers, but this is a good one. 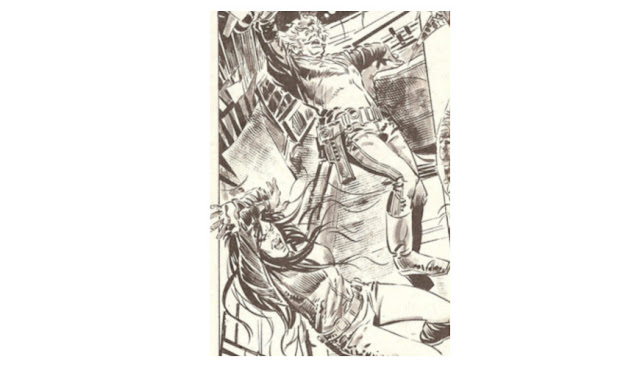 As usual, the first story is Mind Wars, a Star Wars knock-off that gives us bags of action – every single week. The story is about a young woman named Ardeni, who is a bit like Rey in The Force Awakens. She has immense mind powers, making her dangerous enough to tip the balance in an intergalactic war. The art by Jesus Redondo is absolutely gorgeous and it captures this week’s action – which mostly takes place in Ardeni’s head – perfectly. 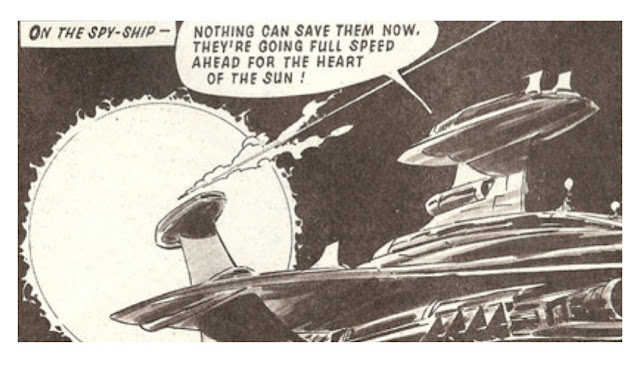 There is also a scene where it appears Ardeni is flying into the sun, and Redondo shows it from the point of view of a second spaceship. The shading on the second spaceship is exquisite, making it look metallic and powerful, bathed in the rays of the star at the center of the solar system, all with a few strokes of the pen and a few washes of ink. It takes the breath away. 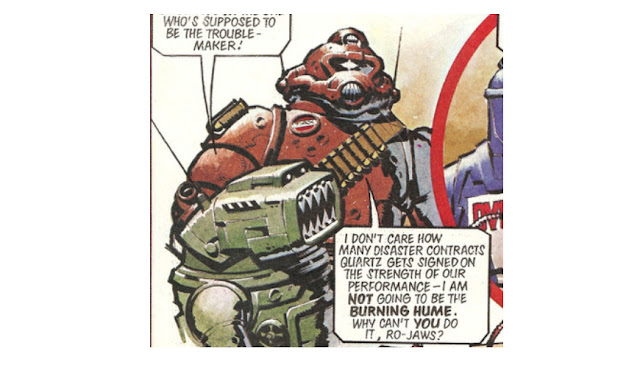 The next story is Ro-Busters, despite the charms of Mind Wars, always my favorite. This week, the team of disaster relief robots are showing what they can do at the Farnborough Droid Show, a projection into the future of the Farnborough Air Show. They are simulating a burning building, and one of the robots, an army-surplus war robot called Hammerstein, has to pretend to be the “burning hume.” He doesn’t want to do it, but he has legs, unlike his friend Ro-Jaws, who has wheels, so he looks the most like a human from a distance.


There is also a nice image of a future Heathrow Airport, now Heathrow Aerospaceport. It also shows cutthroat competition between airlines, probably based on Freddie Laker’s attempts to set up the first low-cost airline, which was happening at the time. I didn’t even notice at the time – I was a kid and didn’t care about the airline business – but it is the sort of detail that adds to the enjoyment of reading the comic book as an adult, almost 40 years later.

While the robots are simulating the emergency a real distaster happens – an aircraft goes haywire after being hit by lightning, so Ro-Busters are called in to sort it out, but we’ll read about that next week. 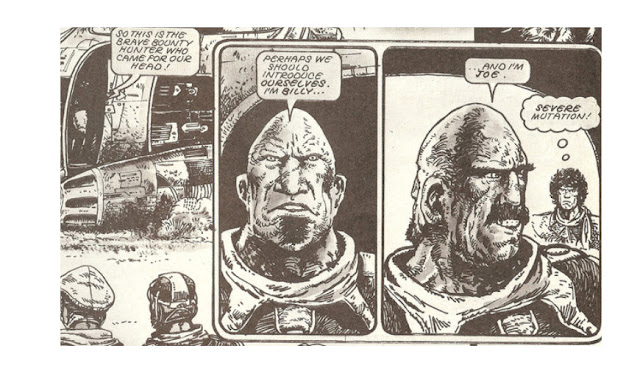 The next story is Strontium Dog, about the characters we see in the illustration on the cover. Sometimes the Strontium Dog stories are a little like Westerns, thinly disguised as sci-fi, and this week is one of them. It isn’t bad per se, but this strip is often more enjoyable than this particular episode is. 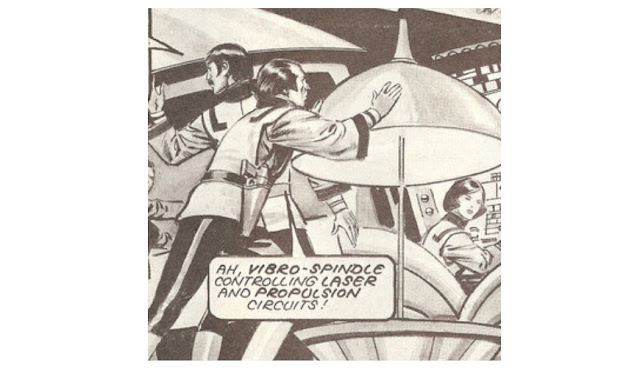 The next strip is TimeQuake, which is its usual garbled mess. Technology gains and loses capabilities as required by the plot, people run around, there is shouting, and what is actually happening has to be explained in big boxes of barely comprehensible and muddled technobabble. I was a little confused reading it, because TimeQuake is always bad, but it usually isn’t this bad. When I got to the end of the story, it turned out that this was the last time this strip would appear in Starlord, or anywhere else. I’m guessing the editor realized this story wasn’t working, so they decided to wind it up in fast forward. Anyway, thankfully this strip is done and I will not miss it. 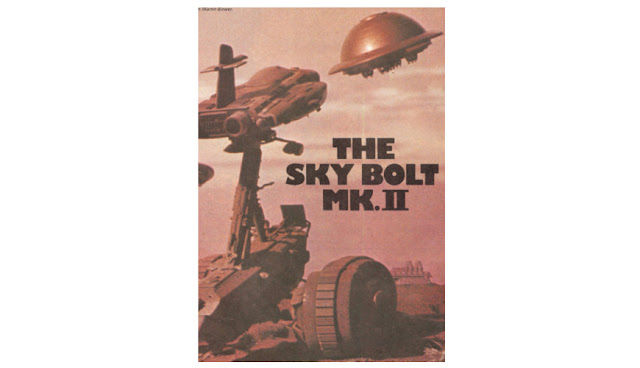 The comic warps up with another Hardware Profile, again credited to Martin Bower, and I love these. This one is a lovely model by one of the people who did work on Space 1999, UFO, and all those other wonderful shows that were being made in the UK the time. It has a nicely limited color pallet and an evocative, almost romantic subject. Sure, it’s just a diorama with spaceships and flying saucers, so maybe I’m overselling it a little - but it is wonderful.
Labels: British Comic Book Prog Slog Starlord