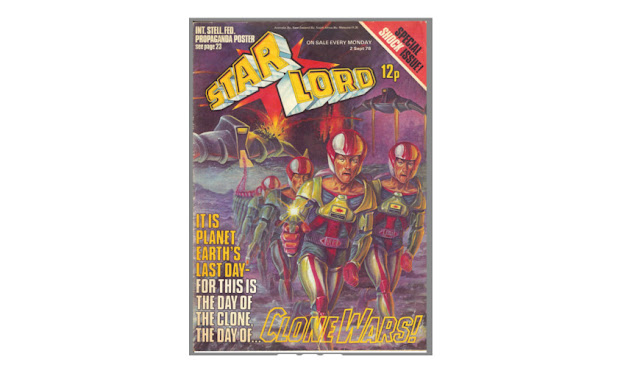 Regular visitors to this site will know that I am currently rereading an old comic book from my childhood that went by the name of Starlord. And you can read this vintage comic book too, because scans of the entire run of the comic are available at Starlordcomic.com.

The second of September 1978 issue of Starlord has a cover I remember liking very much, and it still looks pretty good today. It has clones disembarking a spaceship and walking in mechanical lockstep. 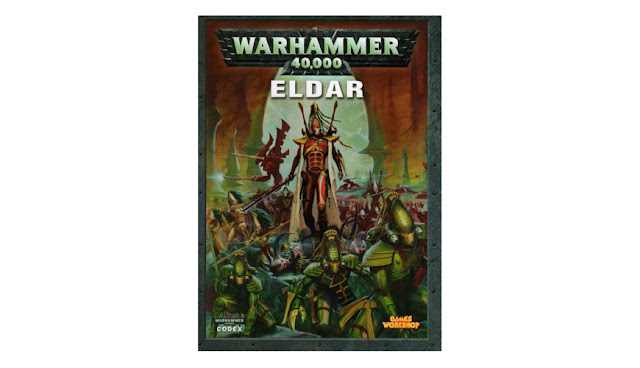 They are gorgeously painted and look a little like precursors of the Eldar from the game Warhammer 40K. It seems very likely, to say the least, that the idea of clone wars presented on the cover of this issue was inspired by Star Wars, and for my money this is a more evocative rendering of the clone wars than we got in the awful Star Wars prequels. The idea of clone wars probably didn't mean anything to me, because I hadn't yet seen Star Wars. 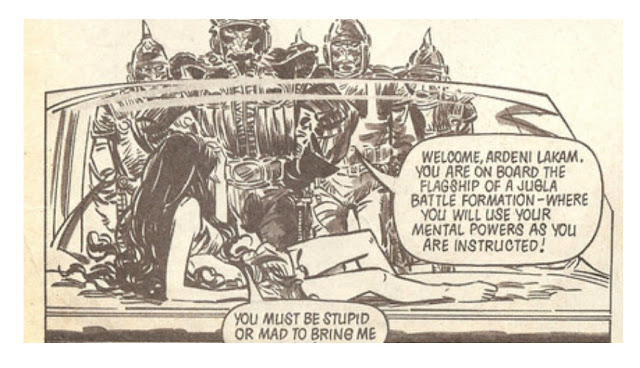 The first story in this week's comic book, as every week, is Mind Wars, which is just as directly inspired by Star Wars as the Clone Wars cover is. It is a space opera about a young woman with incredible mind powers, like Rey in the new cycle of Star Wars movies. In this issue she has been captured by evil aliens and locked in a magic cabinet - sorry, not magic, but the sci-fi version, an artifact left by a now extinct advanced civilization from the periphery of the galaxy. 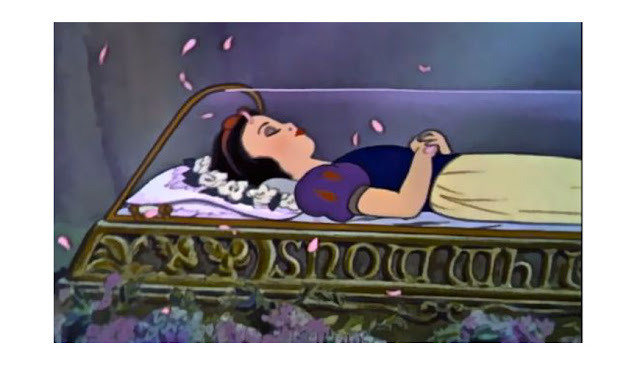 The cabinet is a little like the one sleeping beauty is put in, in the Disney cartoon, and for the iconography alone this episode has a lot of psychological impact. 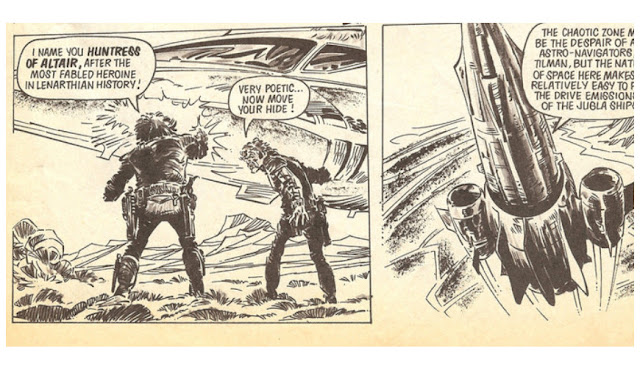 In the Huntress of Altair we get yet another beautiful spaceship sketch by Redondo. If I had time on my hands - which I don't - I would be very tempted to try to recreate these sketches as 3D models using Blender. It would be fun to be able to spin the spaceship round and look at them from any angle. 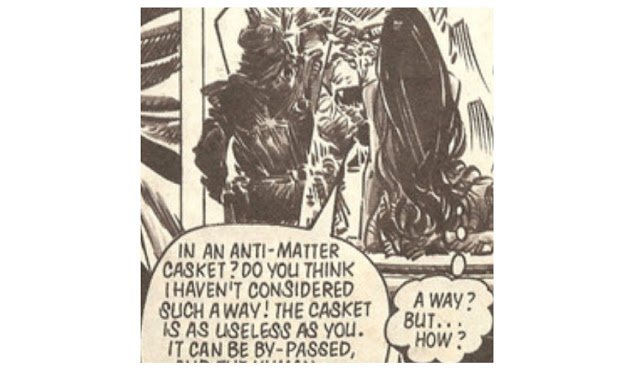 Anyway, it turns out that the evil alien captain's plan of entrapping Ardeni has a flaw, and she just has to discover what it is. But we will have to wait for the next issue for that. 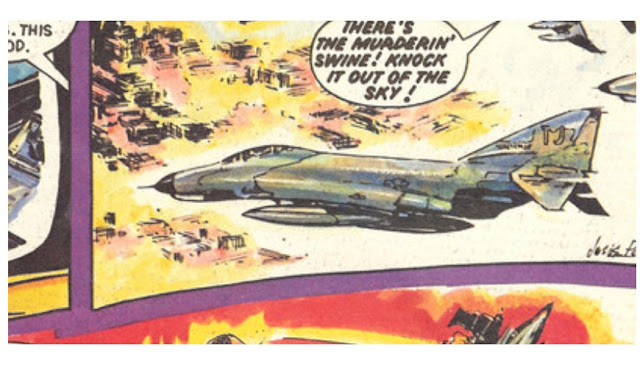 
Next we have another sci-fi short story, the third the comic has done in its run so far, called The Snatch. The story has some nice drawings of Phantoms in it, which were workhorse military jets of the era. I haven't seen stock footage of a phantom in a long time, but it was a regular occurrence on shows back in the late 1970s, like this episode of Dr Who. 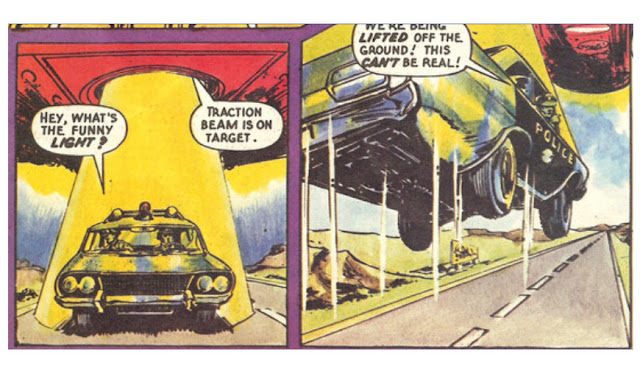 The Snatch is a fun little story and the art is used to deliver the twist. It looks like the aliens are abducting two police officers, but they think the car is the intelligent being. 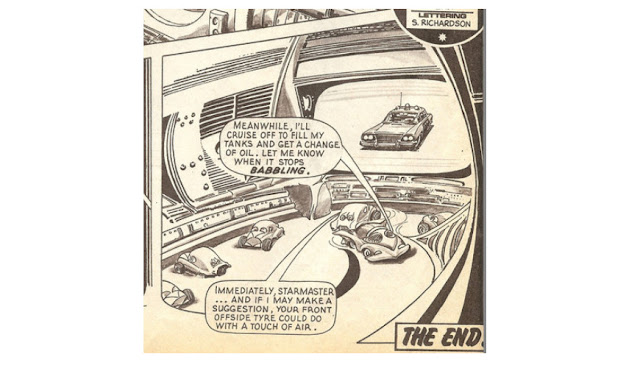 The aliens are like cars, and they mistake the police officers inside the police cruiser for some kind of parasitic life form. It's stupid, but fun. 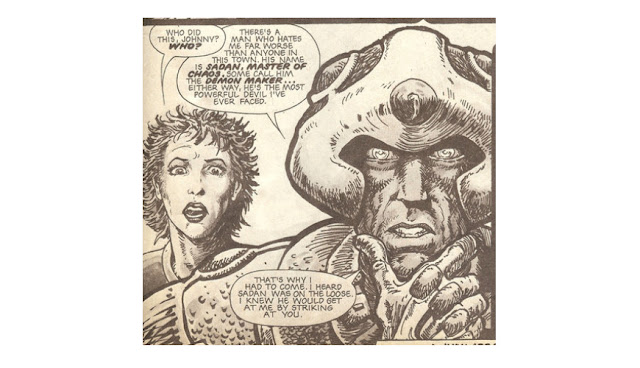 And then Strontium Dog is back, after being on holiday for a week. And for the first time it is not drawn by Ezquerra. It is very strange to see an episode of Strontium Dog drawn by anyone other than its usual artist. A strip like Judge Dredd in 2000 AD changes artist almost every week, but Strontium Dog is very strongly associated with Ezquerra. The replacement artist turns out to be Brendan McCarthy. Apparently McCarthy has gone on to great things. According to his website, he has spent more than 20 years working in Hollywood, and was the co-writer and a designer on Mad Max Fury Road.

This is very early work then, and it is not good. It's not terrible either, but when compared to the vision and talent of Ezquerra... it doesn't compare. The story is also a very slow burn, where we only find out the bad guy's name at the end and we only get a hint of his powers. The name, once they get round to telling us what it is, is cool however: Sadan, Master of Chaos. I guess I'll have to reserve judgment until at least the next installment, but this strip is not so great thus far. 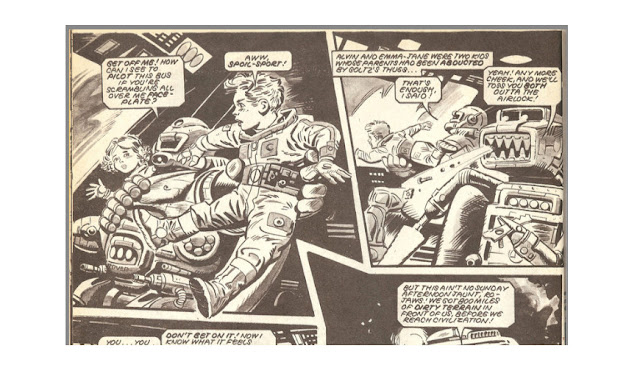 The next story is always hands-down my favorite in the comic, and it goes by the name, Ro-Busters. One of the things I like about Ro-Busters is that it is not space opera. It is futuristic, but there are no aliens or mind powers, usually. This week we have green one-eyed aliens that can project a mental force field - cool, sure - but not something that fits the harder sci-fi of Ro-Busters.

On the plus side, after the terrible art on display in last week's episode, we have the return of Carlos Pino, and the visuals are great. We also get more of Ro-Jaws and Hammerstein babysitting human kids something the army-surplus war droid and second-hand sewer robot are not well adapted for, and it is lovely characters driven stuff, like when they tried to comfort the kid whose dad had been eaten by an alligator in issue three.

Of course, every issue has at least one bad strip, and since TimeQuake thankfully disappeared a couple of weeks ago, the mantle of bad strip has been taken up by a story called Holocaust. It's about aliens targeting Earth's food supply before invasion, which is a good concept but the art and storytelling are so inept it isn't remotely engaging. 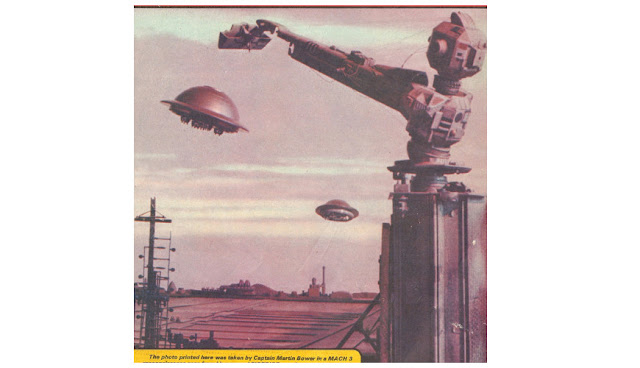 The last page of this week's comic is another of their occasional series of Hardware Profiles. We have a picture of a nice sci-fi model made by one of the premier TV spaceship modelers of the age, Martin Bower, back when spaceships on TV were plastic rather than pixels. This week's image is a little disappointing, because it is basically just a UFO, but I'll take it. It may not be particularly complex but it is a splendidly evocative image for the back cover.
Labels: British Comic Book Prog Slog Starlord