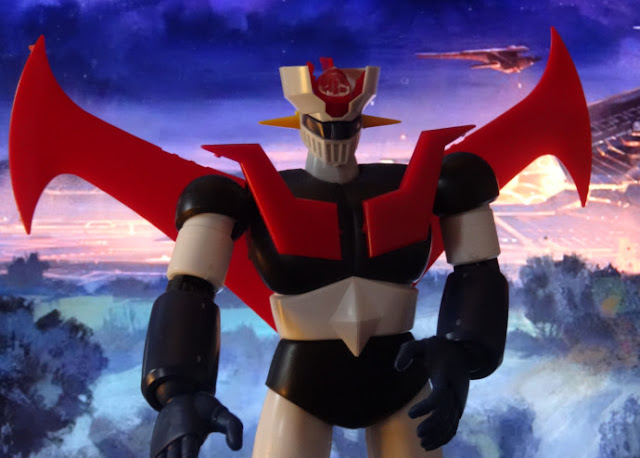 For Xmas this year I got a Mazinger-Z model, by Bandai. I have often posted on this blog about my love of robots, and my love of giant robots in particular, and so you can imagine how excited I was to get my Xmas present this year. It is doubly sweet because the robot I got is Mazinger. 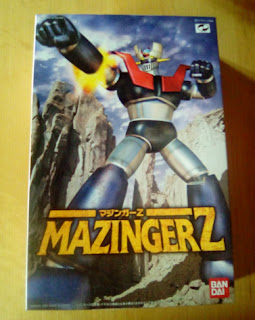 Many years ago, the first giant robot model I ever owned was Great Mazinger, a beautifully designed machine with a sword, and fists that fire missiles. I got it as a present that magical Christmas between Star Wars being released in America, in 1977, and arriving in the UK, in 1978. Mazinger isn’t a Star Wars robot, but he was in British shops because of Star Wars merch, and space toys in general, were hitting the stores in a deluge. This inundation of droids included Mattel’s Shogun Warriors, the range of giant robots that included Mazinger. My Mazinger was an enormous 24-inch plastic model, an action figure so robust that, minus a few wheels, stickers and missiles, it is still in good shape today. 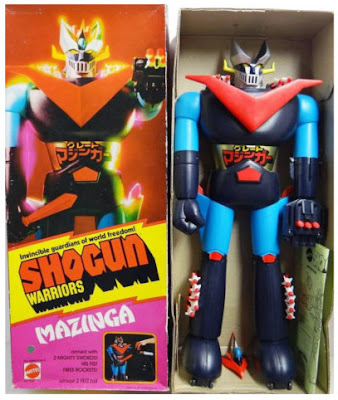 The model I got this Xmas is very different from this gigantic and robust kids toy. It is small, complex and made from various different types of plastic and rubber that really surprised me with the quality of their manufacture. And, of course, the robot is the beautiful and imposing Mazinger. Mazinger Z, in this case.

Mazinger Z is a Japanese super robot manga series written and illustrated by Go Nagai. The first manga version was serialized in a weekly comic book from October 1972 to September 1974. It was adapted into an anime television series which aired on Fuji TV from December 1972 to September 1974. Mazinger Z has spawned several sequels and spinoff series, among them being Great Mazinger, UFO Robot Grendizer and Mazinkaiser. I have tried watching some of these animations, but they are tough viewing. They don’t make a lot of sense, and they include super sexist giant fembots with exploding missile breasts. I love the look of Mazinger, without being too fond of where he came from.

Mazinger remains one of Go Nagai's most enduring success stories, spawning huge numbers of model kits, plastic and die-cast metal toys, action figures and other collectibles. A 40-feet statue of Mazinger Z was built in Tarragona in Catalonia, Spain, in the early 1980s. He’s a star and I was very happy to get the model kit for Xmas. 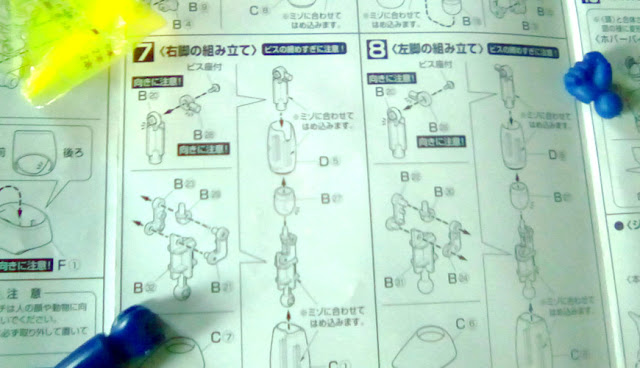 First, I have to say a few more words about the complexity of the model. This is one of the most complex models I have ever put together. This photo is just a small section of the booklet of directions - in the UK we call them instructions - included with the model. This small section is just related to the model’s elbow and shoulder assembly. It is extremely complex, as you can see, and the tolerances are very tight. The tolerances are so tight I constantly kept wondering if a piece was in place, or whether it needed a little extra shove to really click into position. This is nerve-wracking stuff, a matter of fractions of millimeters, but if you push too hard... snap, you’re model’s arm is kaput.

I was watching Xmas movies, which for me includes The Princess Bride, when I was constructing Mazinger. I started assembling the arms when the movie started, and I had only completed a single arm when it was over. The running time of Princess Bride is 98 minutes, which means it isn’t a particularly long movie, but still, that is along time to have to spend figuring out how to put a robot arm together.


I’m sure there are more complex models out there, but this was the most challenging one I have ever done, and it gave me great feeling of accomplishment and well-being when it was finally done. I was on a high for a couple of hours afterwards. 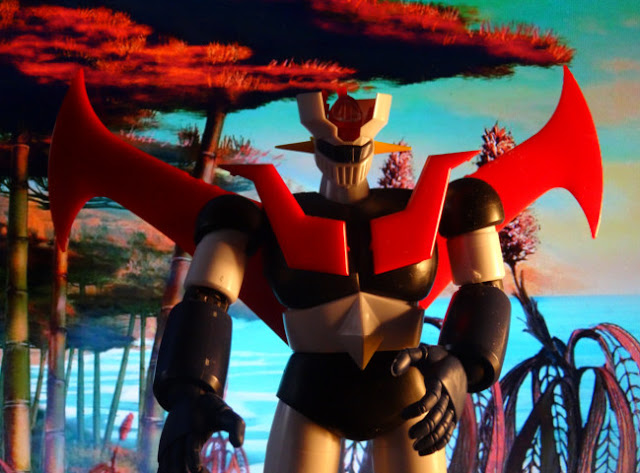 Considering the size of the box, the model did take me by surprise a little with how small it is. It is small enough to pose on my laptop keyboard and use the laptop screen to put backdrops behind it that it can be photographed against. My camera is a bit too crappy to focus down to the short distances involved, but luckily I was able to persuade a talented photographer with a better camera to take some photos for me.

So here he is, the mighty and fearsome Mazinger, in all his glory. Gaze on him and quake in fear, yea puny humans, bwa... ha ha ha... oops, his arm came off again.

The images of my completed Mazinger posing in front of my computer screen were shot by the talented photographer behind Kooky Photography.
Labels: giant robot model