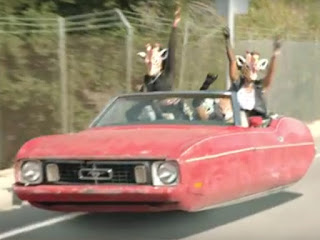 This is a sci-fi blog and so it shouldn’t be too difficult to guess that I am a big fan of Janelle Monáe. Monáe has been around for more than a decade, but I first noticed when The ArchAndroid, her second studio album was released. It incorporates conceptual elements of Afrofuturism and science fiction in a tale of a messianic android. It features lyrical themes of love, identity, and self-realization. The album has been compared to the work of artists such as David Bowie, and Prince. It received widespread acclaim from critics, earning praise for its conceptual themes and Monáe's eclectic musical range. It was named the best album of 2010 by several critics and earned Monáe a Grammy Award nomination. 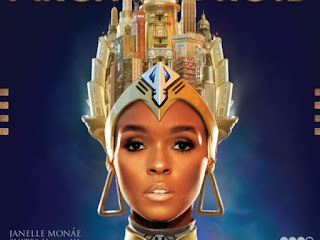 As well as helping to bring Afrofuturism into the mainstream, she has also done some acting. She has played roles in Moonlight and Hidden Figures. My favorite thing about her, though, is that she comes right out and says she lives in the future, which endears her enormously to me. As a sci-fi nerd with his head in the clouds, I know exactly where she is coming from. 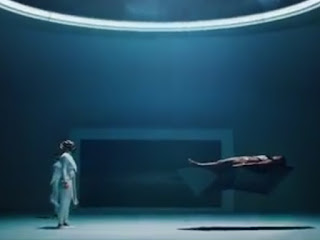 I read an interview with Monáe in the Guardian the other day, and it delves deeper than the usual fluff that gets published when it is time to promote new product, such as now. The interview is to promote Dirty Computer, her first album since Electric Lady was released five years ago. The release of Dirty Computer is accompanied by a trailer that co-stars Tessa Thompson. 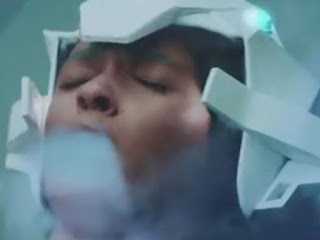 The trailer is a powerful string of images that seem to be flashbacks experienced by Monáe when she is on a kind of floating examination table with strange headgear on, and as smoke flows into her mouth. The first two singles from Dirty Computer are Django Jane and Make Me Feel. Django Jane is music that is political, cerebral, controlled, and constructed, all at the same time. Monáe credits the song to a mix of therapy, and political anger. In the times of Trumpism, it isn’t hard to see how a person would feel this anger. I feel it every day when I read the latest news about alt-right shenanigans and NRA talking points in American government.

Make Me Feel, on the other hand, reacts to these dark times by being a celebratory song, intended to help people feel more free. It’s about agency and being in control of your narrative and your body. It’s also a response to the ugly side of social media, which we all know can be a cesspit of trolls and creeps. It’s a response to all the ways we are influenced from outside, prodded, and persuaded not to be ourselves.


Dirty Computer is about not allowing society to change you, not allowing it to take the dirt off of you. It’s about the dirt that makes you special, and holding on tight to that dirt. 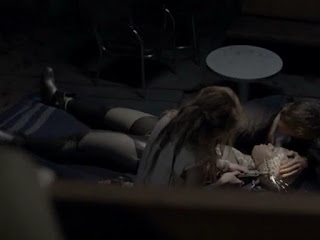 Monáe is promoting her album in the interview, but that’s not the only project she is involved in at the moment. She has also recently appeared in Electric Dreams. It’s an anthology show, so she has only been in one episode, the one called Autofac, but it’s a good one. There is an extended clip of her episode here. 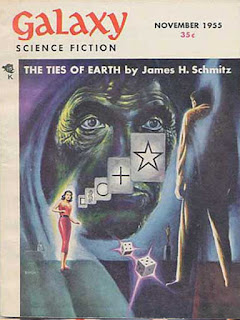 The Philip K. Dick story that the episode is based on was originally published in Galaxy in November 1955. The Autofacs of the story are giant, automated factories and they were set up as part of a war effort. They create products for human use, without any need for human intervention. The problem is they refuse to shut down after the war is over, and worse, they are designed to be capable of reproducing themselves. The autofacs represent the dangers of automation and machines run riot. This reflects Dick’s insight that any systems will continue to perform any task it is programmed to do, endlessly, even past the point of absurdity. The story ends with the autofacs threatening to destroy every natural resource on Earth, and it is hinted that they may go on doing the same endlessly throughout the galaxy.

The TV episode us a lot less bleak. I particularly like he way it starts. We see a young woman in a business suit who can’t get her car radio to tune in. She stops the car and sees a missile come down on a nearby city. She looks a little taken aback, and the scene ends before we see her shock and surprise replaced by horror. It’s quite a casual and strangely upbeat imagining of the coming of the end of the world. The woman wasn’t expecting to see a missile that day, and her world is snatched away from her with no warning whatsoever.

Like the book, the episode is centered around a small community of survivors, threatened by an automated factory, which poisons their soil as it extracts resources and uses drones to send them unnecessary goods. They manage to find a way to contact the structure, and they try to reason with the factory, to persuade it to shut down.

The factory sends a customer service robot to see what their concern are. This is the role that Janelle Monáe plays. She is excellent in the role, and even the robot walk she does as she exits the drone that delivers her is perfect. It is a mix of slightly unnatural and enthusiastic that is perfect for her chipper robot’s personality. They utterly fail to get past the robot’s chipper platitudes and evasions. 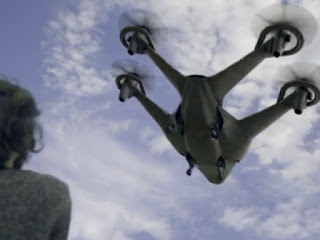 They then go to plan B, where they reprogram the customer service robot, in order to use its transport drone to bypass the autofac’s defenses, and blow it up. The special effects of this transport drone are actually quite good. 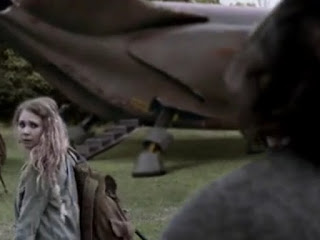 It is part stealth fighter, part workhorse helicopter, but with four rotors like a contemporary drone. The scenes inside the autofac are very effective, too. I actually like the look of the show a lot. I also like the fact that it is about a giant unfeeling system sending out stuff people don’t need using drones while poisoning the environment, and yet it is being released by Amazon. The filmmakers have gone out of their way to make sure the parallels between the autofacs and Amazon are front and center. Monáe’s casting as the robot sent among humans is also very on the nose. The show takes the story in a different direction to that of the original story. I won’t spoil it, and I didn’t see it coming.

Electric Dreams hasn’t been high on my “too watch” list, but this episode is extremely good by the standards of sci-fi shows. I enjoyed it immensely, and it has persuaded me to give Electric Dreams a second chance after being disappointed by episode one, The Hoodmaker. (By the way, I may not have enjoyed episode one but Vulture gave it five stars). That’s one of the interesting things about an anthology show. Not everyone is going to respond to every episode. I’m going to have to watch it episode-by-episode, seeing which are the ones that appeal most to me.

Before we wrap up here, just a reminder that the best way to support this blog is to buy one of my books, so why not go over to Amazon, or Kobo and see if there is one that catches your fancy.
Labels: sci-fi movie Sci-Fi Music sci-fi novel sci-fi TV