The Future of Ebooks 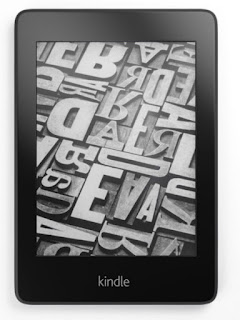 I’m a writer who publishes my books all by myself. The easiest, best, and most lucrative way to do that for me is to upload my books as data file to be sold as ebooks. I’m always interested, therefore, in what predictions people are making for the future of the ebooks industry. I was reading the Guardian the other day, and just such a story caught my eye. The headline is eye-catching, and it turns out to be a pretty good summary of what is actually said in the article. The headline of the Guardian article is: Ebooks are stupid, says head of one of world's biggest publishers.

The article is a report on an interview with the CEO of one of the world’s largest book publishers. His name is Arnaud Nourry, and according to Bloomberg he has been the Chairman of the Board and Chief Executive Officer at Hachette Livre SA and Hachette UK Limited since 2003. From 1997 to 2003, he worked in the Groupe Alexandre Hatier as Managing Director. Mr. Nourry worked for S.I.S. as a Consultant Manager and for Hachette Livre as a Deputy Group Finance Director. There isn’t a lot of information there, but I get the impression that he is a bean counter. He seems to have risen to the top from the finance end of things ather than anything creative, but if he is the boss, then his opinion counts.

Hachette UK, according to their own website, is the second largest British publishing group, and the market leader in ebooks. The company publishes over 5,000 new books annually across more than fifty different imprints. In the UK, over 20% of trade books are sold as ebooks. Hachette UK has firmly embraced digital technologies to meet consumer demand and make the most of the latest marketing trends.

So Nourry is a big player, and his company is talking about ebooks as being pretty central to what they do, so why is the guy badmouthing them. As the headline suggests, he is reported in the Guardian as saying ebooks are a stupid product, and that’s not all. He goes on to say that they are unlikely to see further growth. The CEO of Hachette Livre talks about the decline that ebook sales have seen in the US and the UK in recent years and he says that it is a trend that is here to stay.

When I read this, I could hardly believe my eyes. In a world where digital devices are encroaching on more and more areas of our lives, this just feels wrong to me. In my day job as a teacher I used to be confronted with kids holding reams of photocopies. Now the kids work from PDFs that they look at on all kinds of devices. They use tablets, phablets, phones, laptops, you name it, but very few have actual printouts, and I haven’t seen a book in a while.

It’s just anecdotal of course, but the trend seems to be toward digital and away from hard copies, such as traditional paperbacks and hardbacks. What Nourry says seems a very bold statement, specially when you look at what has happened in the music industry. Nobody buys CDs anymore. Almost all music gets to people via streaming, video sites, or what have you.

I was incredulous, but I kept reading. And it turns out the situation is a lot more complex than ebooks simply going out of fashion, as Arnaud Nourry admits himself. It turns out to be a complex story, and he starts telling it by stating that ebooks are exactly the same as print. That sounds about right to me, I even find myself wondering why a person would want them to be any different to print. Books are very good and conveying a story to the reader, and as the saying goes, if it ain’t broke don’t fix it.

But Nourry seems to want to “fix” ebooks. He says there is a lack of creativity, enhancement, and real digital experience. But then, in the same breath, he talks about how his company has tried to enhance and enrich their ebooks, and then admits that these experiments didn’t work. He even mentions creating apps and websites for his company’s content, and says they have only had one or two successes among a hundred failures.


It sounds to me like he is answering his own question. Maybe it is the enhanced content readers don’t want. It sounds almost too simple, but maybe readers just want books to read, no matter what the format is, whether electronic or not. But that isn’t the future he sees.

He says he is convinced there is some potential invention that would better exploit his company’s content and their digital properties beyond ebooks. I’m not convinced, especially as he has only the vaguest notion of what he thinks this invention might be. He says it should be something that is 3-D and digital, but he isn’t able to give any details beyond that.

To me the guy sounds clueless. Why would a book need 3D capabilities? They’re not games, they don’t live and die based on their 3D engine. I have no idea, for example, what useful insight somebody who makes resources for video games is going to be able to supply when it comes to improving ebooks. But Nourry is pursuing this avenue; Hachette have acquired three video-game companies over the last two years, in order to tap their talent.

Nourry says he is frightened of repeating the mistakes of the music industry, and it is then he starts to talk about what really might be behind any recent decline in ebook ales. He says he thinks publishers needed to keep control of prices. He then admits that forcing people to pay a price that is only about 40% lower than the print price is what has hurt the ebook market. He admits that this is why sales are down, not because of any inherent weakness in the concept of ebooks.

Undoubtedly ebooks are here to stay. Their sales will fluctuate based on price and demand, as with any product, but they will always be a significant part of the market, and may one-day even come to dominate it.

I wish Nourry luck in his experiments to hybridize books and games, and there is potentially a lot of money in such a product if it could ever be realized, but right now ebooks are the only game in town for a self-publisher like me.

Before we wrap up here, just a reminder that the best way to support this blog is to buy one of my books, so why not go over to Amazon, or Kobo and see if there is one that catches your fancy.
Labels: ebook self-publishing