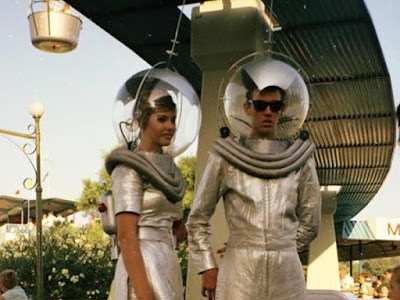 St. Valentines Day is coming, and naturally thoughts turn to love. This is a blog focused mostly on sci-fi so my thoughts, as far as this post is concerned at least, have turned to the most romantic lovers of the worlds of sci-fi, and comic books, and such like. Often, with a list like this, it is the entries lower down the list that are more interesting than the ones nearer the top. There are no prizes for guessing that a certain scoundrel and a certain princess are very high on the list, but the entries at the bottom of the list are much harder to predict and therefore potentially more interesting. 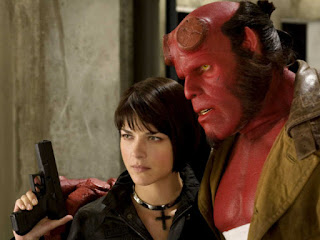 Selma Blair played Liz Sherman in Hellboy, and Blair’s decidedly unstable Liz was mesmerizing. She had herself committed to a psychiatric hospital to shield her friends and loved ones from her uncontrollable pyrokinesis, but ultimately returned to find herself falling in a love with Hellboy. Eventually, she is faced with the choice of saving Hellboy at the expense of humanity and says, screw the world, I want my boyfriend. Liz can’t imagine life without Hellboy and manages to take some control of her power. She saves the day and embraces Red at the end of the second movie. 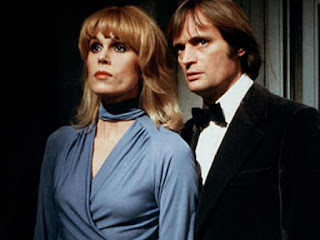 These are the two main characters from Sapphire & Steel, a British television science-fiction fantasy series starring David McCallum as Steel and Joanna Lumley as Sapphire, and ran from 1979 to 1982. It is implied by the show that Sapphire and Steel are not human. Steel, for example, often has gaps in his knowledge of human culture and Sapphire shows a cool detachment from the humans they interact with. Steel confirms in one episode that they are alien, "in the extraterrestrial sense." Their beauty and chemistry were a big draw for the show and it became clear to the viewer, without anything being explicitly said in the show, that the tow characters had strong feelings for each other. They shared lingering looks, stood very, very close gazing into each other’s eyes, rarely touching, but always looking like they wanted to. They were an extremely romantic couple, in their strange, repressed and alien way. 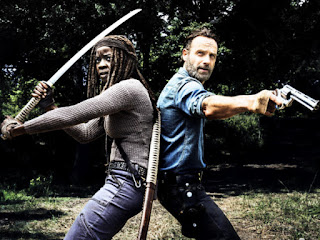 These are two of the longest-lived and most important characters on the Walking Dead. Among the zombie apocalypse Rick and Michonne are rocks, the strong heart of the groups that form around them. Rick might not always make good decisions, but he is a natural-born leader. A lot of his authority come from the trust he inspires in Michonne, his girlfriend and his trusted right hand. The romance between Rick and Michonne is a pairing of two grownups and warriors who love and respect each other. The way they fall in love is mature, relaxed, and natural. They go from being close friends to being intimate and it strengthens the heart of their group. 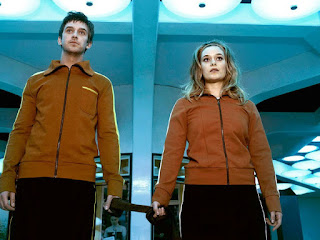 7 - David and Syd on Legion

Some feel the love between the David and Syd seems forced because the show doesn't really give off the feeling of them falling for each other. The show creats a deliberate sense of confusion, making Syd seem very suspicious, like she’s possibly a fantasy in David's head or even a Division 3 agent. This is just part of the dire situation David is in - who can he really trust? Neither he, nor the viewer know for sure. She is a troubled young woman issues about closeness, being touched, so David's immediate acceptance of the fact that he can't and mustn't touch her draws her to him. Part of the fun of the show is not knowing what's real and what’s imagined by David. This made it nice to find that Syd was real all along. 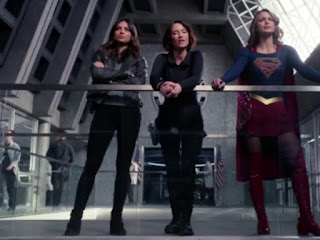 Kara (Melissa Benoist) isn't the only star on Supergirl. Her older, adoptive sister Alex is also a true hero. Her detective girlfriend Maggie (Floriana Lima) is kick-ass, too. Alex did some soul searching after meeting her, and by the end of the episode, she came out as gay to Maggie. Supergirl focused a lot of time on exploring Alex's coming-out journey and her romance. Their relationship is sometimes funny, sometimes serious, always romantic, and even sometimes a little heartbreaking. It's everything that any relationship you see on TV is, no matter what the gender. Before falling in love, Alex didn't really have any social life, she didn't really have anything beyond her work and her love for her sister. She had never really had a strong romantic connection with anybody and had come to dismiss it, and then she mets Maggie, and has her world turned upside down. 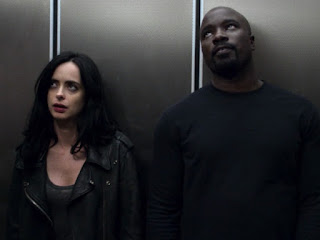 Jessica is the superhero who can rock jeans and a black leather jacket, and she didn’t part with Luke Cage on the best of terms. It would've been nice to have them make up, but these two are more complex than that. We can guess they will come together again because in the comic books they have been married for more than 10 years. Jessica Jones and Luke Cage have been through a lot on the way to becoming Marvel’s power couple. We’ll see if there’s hope for them to rekindle their romance after they parted ways in the Season 1 finale of “Jessica Jones.” 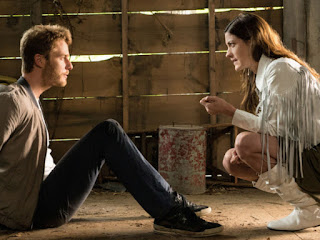 On Limitless Brian is kind of Rebecca's science experiment. He’s isolated from the rest of the world, and thrown together with Rebecca, and he can't tell even Rebecca everything. Any show that focuses on a man and a woman solving crimes together raises questions about a potential romance. Their relationship starts out as a sibling thing, a partnership. She took a big risk hiring him on, and he's a loose cannon. Their relationship is intense, and the show runners never wanted it to become a romance, but the foundation is there. These two left together to solve cases using Finch’s superdrug are destined to be together. Unfortunately Limitless got canceled by the network. It’s a shame because Brian and Rebecca delivered laughs, while taking viewers through a global conspiracy that doesn't feel too far off from the kind of world we live in today. 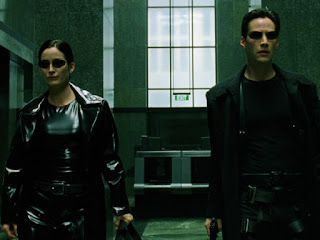 Trinity and Neo are deeply in love with each other, and there is an unusual power within their love. The Oracle told Trinity that she would fall in love with The One and she gives him advice at critical moments, helping him make intuitive leaps that Neo would not otherwise be able to make by himself. At the end of The Matrix, it is Trinity's kiss that saves Neo's life and allows him to become The One.  From that moment forward, Neo and Trinity are committed to each other. Their love is stronger, perhaps, than any other on this list. It is hard-coded as part of their characters by the Matrix, and fate they can not avid. It is what makes them, them. 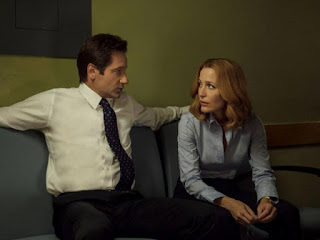 People have been rooting for Mulder and Scully to end up together for the longest time. After investigating their very first case Scully finds a pair of suspicious marks on her body that mirror those found on the victims, and she presents her underwear-clad behind for Mulder’s inspection. When they turn out to be just mosquito bites, she hugs him with relief. The two agents’ chemistry was obvious, but Chris Carter had stated that there would never, ever, ever be a romance between them. A shape-shifter pretending to be Mulder is the first almost to kiss Scully before Mulder bursts through the door just as they’re about to lock lips. It took years, but on November 28, 1999, Mulder and Scully kissed. Mulder and Scully continued to have their ups and downs from seasons to season, with Mulder fathering a child, Scully being abducted by aliens, but their romance only became stronger. 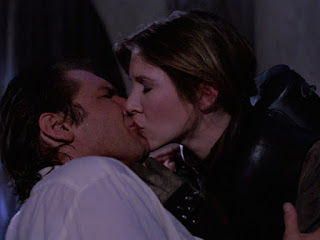 1. Leia and Han from Star Wars

Han is ever so slightly arrogant and Leia is a tiny bit arrogant, so it makes sense that they would end up together. They have more than this in common, of course, there is witty banter, and the fact that they’re both really attractive. And there are opposites attracting, too, the contrast between royalty and rogue. They’re equals, they take turns saving each other, they like each other just the way they are. Now that The Princess Diarist, Carrie Fisher’s memoir, based on diaries she kept as a young woman around the time she starred in the 1977 film Star Wars, has been published, there is a whole other layer to the relationship. The book give a raw insight into the relationship Fisher had with Ford, from her point of view. Maybe Leia and Han have been topping lists like this for so many years because some of the complexity of their relationship off screen made it onto celluloid.
Before we wrap up here, just a reminder that the best way to support this blog is to buy one of my books, so why not go over to Amazon, or Kobo and see if there is one that catches your fancy.
Labels: Top 10