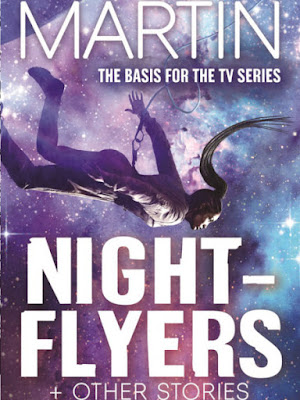 In preparation for Nightflyers the upcoming TV show I am doing my homework and reading the novella it is based on. The novella starts with an inverted timeline of a future that measures itself from the starting point of "Jesus of Nazareth" which was a little jarringly religious for a sci-fi story. But a recounting of the historic events that follow, such as something known as the "Fire Wars" does a good job of giving the feeling that this is all happening in the far, far future. So far, so good... I guess.

We are then introduced to Royd Elis, and the most important thing to be noted about him, the book is at pains to point out, is that he has set up cameras and listening devices in the toilets. Oh dear, we start with Jesus, and not any old Jesus, Jesus of Nazareth, then cut to a pervert with a toiletcam. After just a couple of pages, I was starting to get a sinking feeling.

Then we find out that he has shut himself away in his quartetrs and only communicates with his passengers via a hologram. This is an extremely strange person, but it isn’t certain that the author (or therefore his characters) are really aware of that. His passengers are nine scientists, five women and four men, we are told, and they are chasing an ancient and legendary alien migration of generation ships. These aliens are called volcryn, and legends about them are told by species throughout the galaxy.

The story gets really creepy when it turns its attention to Melantha, who is introduced in about the most sexist way imaginable. We see her through the cameras planted by the captain/pervert, and we are told of her physicality and appetites. She is a black character and we are told she has had sex with all her male scientist colleagues and two of her female colleagues after just a couple of weeks of space flight. By this point in the novella I was starting to feel extremely uncomfortable, like wanting to take a bath to get the author's horrible personality off of me.

I would ordinarily discard a book like this at about this point, but I have decided I am going to be recapping the Nightflyers TV show when it drops, so I want to stick with it to get a sense of the story the show is taken from. I am certainly not reading for pleasure at this point. I suspect Martin, at least at the time of writing this book, has deeply racist and sexist leanings, whether he is conscious of them or not.

Apparently his fantasy books are the same, at least according to CratesandRibbons.com. In A Song of Ice and Fire, rape or abuse of women happen on almost every page. These events are depicted in an offhand manner, completely gratuitous, and pass without comment. Worse, the perpetrators are frequently portrayed as sympathetic characters instead of villains. Crates and Ribbons came across a rape/assault reference almost every five minutes, and to give you an idea of just how much random rape that adds up to, each book is about 800 to over 1000 pages long. There are five books so far, with two more in the making.

Accordingtoi09 his issues with race are all over his other books, too. They note that the great thing about imaginary black and brown people is that white fantasy writers can project their repressed oriental fetishes onto a blank canvas without taking responsibility. You can dress it up as fantasy, but we know who you’re talking about. GOT wasted no time in establishing the Dothraki as a horde of raping, warring animals who have no word for ‘thank you’ and enjoy public sex games and deaths at a wedding. The codes are never original: love of war and pillaging, and animalistic sex rituals

After reading just this one novella, none of this comes any surprise to me. Anyway, on with the plot. The scientists include two telepaths and they sense an "evil" aboard the ship. Oh dear, that can't be good in a sci-fi/horror novella. 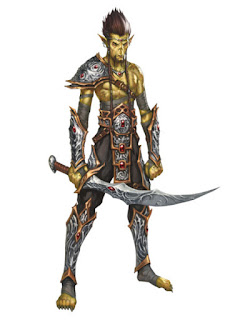 Then we find out that psionics are potentially very powerful in this universe, on a level similar to the force in Star Wars. The Githyanki, we are told, have even more powerful telepaths than humanity, and the name rang a bell with me. The Githyanki are monsters in AD&D, and were introduced by Charles Stross in his own game. Stross borrowed the name from George R. R. Martin’s science fiction novel Dying of the Light. In that novel the Githyanki were called "soulsucks" because of their dangerous psychic powers. They were slaves of another alien species called the Hrangans, and were used by them in their long space wars with humanity. Unlike the D&D species, they were barely sapient. No Githyanki actually appear in Dying of the Light, as the book takes place after the war between the humans and the Hrangans is long over, and the soulsucks are nearly extinct. It's the same with Nightflyers, they are mentioned but not encountered.

The scientists then lose one of their number, in a scene that could be an accident or murder, and the scientists, of course, immediately suspect the captain. Melantha talks alone to the captain, and though she does not think he is responsible, she thinks he knows something. The captain's hologram tells Melantha that he will not hurt her or the head scientist. When she asks if that assurance extends to the whole group, he says nothing.

The group then starts to get picked off in accidents that also can't definitely be said for sure to be accidents. One scientist wonders if the reclusive captain is a monster or Jesus Christ, which struck me as a strong echo of the opening setup of the story. The captain responds by claiming to be allergic to the rest of humanity after being genetically engineered to have sex with his own mother. This is some weird stuff, and I don't think it is the product of a healthy and happy mind. In fact, I felt more and more as I read the story that the captain was Martin, that the author was projecting himself on this creature that claims to be unable to interact with the rest of humanity, has starnge sex issues and feels like a Christ figure.

Then people start doing even more extremely weird stuff. The suspected homicidal captain asks them all to leave the ship and they go along with the idea because... Reasons. It makes no sense for a team of scientists, terrified in the face of a series of suspicious accidents, to blithely follow the captain's orders as they do.

While these hard-to-believe events take place, there is time for Melantha to be called a bitch behind her back, in the process, as if this is a self-evident and unremarkable way to describe her based on her actions. The problem is I'm pretty sure a male character acting in the same commanding and self-assured way would not be insulted or undermined. There are the basic elements of an entertaining story here, but it is hard to become immersed in it when you keep getting slapped in the face by the writer's toxic attitudes.

There are other weird touches, too, like nobody bothers to clean up the blood after a particularly gory accident. So when one of the scientists goes back into the Nightflyer, and starts exploring the ship, alone and in weightlessness, cold streamers of blood touch his face. It's obviously intended to be creepy, but to me it just seemed illogical.

He is killed of course, in an accident that this time is hard to explain as an accident. The captain blames his dead Mother and the story suddenly seems like it might be an intellectual exercise, an attempt to transfer Psycho to space. As each scientist goes back into the Nightflyer, they are killed, until Melantha offers the captain sex in exchange for helping them against his mother.

Then comes the climax, which is well written and has some interesting ideas. I particularly like the fact that telepaths capable of telekinesis become more dangerous in zero gravity because it is easier to pick stuff up and throw it around. It's a clever insight and plays an important role in the story.

There is more than enough material for a show here but I hope that when it hits our screens it is going to be less toxic than this strange mess. It will take work to find the kernel of a good idea here, that could be teased out into good TV, but there is a lot of unpleasant stuff that will need to be excised. I hope the writers get that balancing act right.