Above Us Only Sky - Lennon and Ono on Film 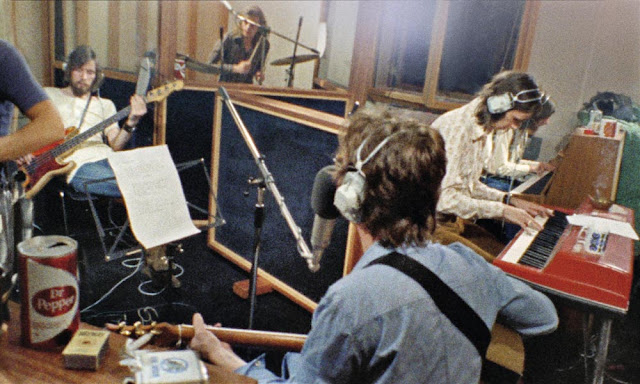 Above Us Only Sky. It is little more than selections from a trove of footage, unseen for almost 50 years, of John Lennon and his wife Yoko Ono, but it's great. The hundreds of hours film was gathered in London, Lennon’s country estate, and New York, and it was shot with the intention of cutting it together to accompany the new album, Imagine. This stream of images is accompanied by interviews with people who were there at the time, to help us understand what we are looking at in this raw footage.

There is an interview, for example, with David Bailey about a 1971 photo shoot that happens to be captured. Bailey comes over as an annoying sleazebag in the footage, and doesn’t do much to dispel that impression in the interview he gives about it.

Actually, even though the documentary is billed as the untold story of John Lennon’s Imagine, it really explores how Lennon and Ono’s art, politics and music were intrinsically entwined. This is two creative minds working together, excited by each other, influenced by each other, and sharing the creative work they did with the world, in an honest attempt to change it.

The documentary starts with Lennon recording Imagine, then goes on to explore Ono’s work, and watch the two of them be creative together. We see the huge influence she had on him, and we also see the way he provided a platform to get their creative collaboration to a huge audience. It is fascinating, and involving, and sometimes painfully intimate to watch.

This was one of Ono’s most influential periods, a run of quick-witted brilliance and wry social commentary that lasted from the 60s to the early 70s. Her work then was conceptual with a capital C. In the winter of 1971 she advertises an upcoming exhibition at the Museum of Modern Art in New York, but in a very modern twist the exhibition is not real. She announced a two-week show with a small ad in the Village Voice but neglected, however, to tell MoMA.

When museum-goers arrived to see the show: There wasn’t one. A film crew wandered nearby, asking, ‘Did you see the Yoko Ono show?’ Some people said, ‘Oh, sure, it was terrible.’ And some people said, ‘Sure, it was extraordinary.’ These people cannot have seen the show because – to repeat – there was no show, but that does not stop them talking about it with the camera crew. 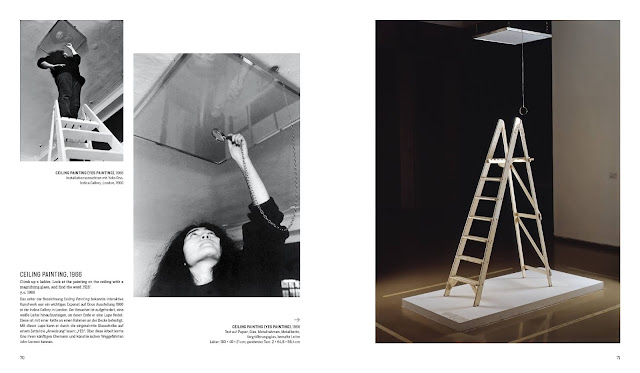 It is Ono’s practice to tweak and prod those who come to see her work. Without them, there is no art. One museum goer who reacted to her work was John Lennon. The first work of hers he saw was Yes Painting. The work is made from paper, glass, a metal frame, a metal chain, a magnifying glass, and a painted ladder. The word YES is printed on the piece of paper. The work is interactive, with the viewer (or participant) expected to climb the ladder and use a magnifying glass to look at the word 'YES' which is printed on paper beneath a sheet of glass suspended from the ceiling. Lennon dutifully climbed the ladder and read the small word on the ceiling with the magnifying glass provided.

In the documentary, he explains that he was ready to go or stay based on the word. If it had sad no, or something negative, he would have left, but instead it said yes. Based on that he continued to tour the show, and it was there that he met Yoko Ono.

There is also a fascinating performance by the Plastic Ono Band, where Yoko is screaming, surrounded by giants of rock, including Eric Clapton and Lennon, and the audience is whistling in appreciation. 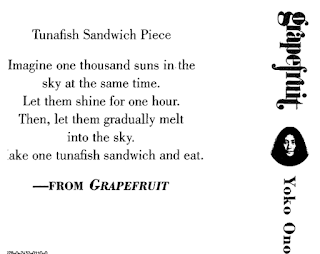 And I found out from this documentary that the concept for Imagine came from Ono's book, Grapefruit. The influence is right there to see.

I had a great time watching this film, and urge anyone to take a look. It is thought provoking, in a lot of ways, and a thing of beauty.
Labels: music