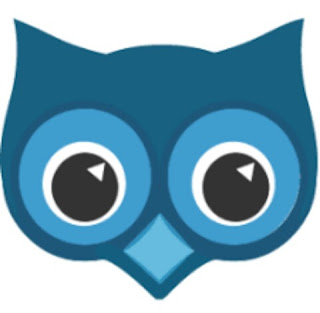 I guess we have all heard about bankable authors on Patron with monthly pledges in the thousands of dollars, easily enough to quit your day job and write full-time.

Patreon, by the way, is the site where creators ask fans to pay a monthly dollar amount, usually in exchange for some sort of reward, ranging from a monthly picture of the author's cat up to signed copies of new books as they're released.

Patreon has certainly proved its ability to allow some authors to devote more time to their writing, but today I saw an even more direct way of making Patreon work for an author. That author is Bobby Nash, and he has a Patreon page, here it is:

Among the other inducements, the page includes a serialised novel that only Patreon patrons get access to. Genius... in my opinion.

Writing a book that only his patrons get to read has to be the ultimate perk, and it struck me as maybe a real way forward for authors.

Unfortunately, his great idea is rather lost on his Patreon page. I only knew it existed because I saw a post of his on Instagram talking about it. I also know Nash is very engaged on other social media, too, having seen him in my feed, expertly putting Facebook to work for him. Yet he is listed on Patron as only having seven patrons.

If a prolific social media navigator like Nash can only scare up seven patrons, a sporadic poster like me will be lucky to get a single one.

I'm much more comfortable with blogging than social media. Something appeals to me about putting my blog post together and just sending it out, to be read or ignored, but having it live forever on a site I can control.

And then it occurred to me that this idea, of an exclusive novel, could actually be applied to the blogging model. I thought it was a new idea, but a swift Google search told me it wasn't. I had simply come up with the idea of subscription content, which many, many people have had before me.

One way to do this is to use MailChimp to create a newsletter, though I don't have a history of strong newsletter subscription generation. Another way is by subscribing to a special members section of the blog, though the expectation there is membership grants access to more than just written content. It includes webinars, Q&As, instructional videos, and in-person meet-ups, which is probably more effort than I'm capable of investing.

And then there is the option of a downloadable book. I'm toying with the idea of setting it up so it would update with new chapters, available to those willing to pay. I would then use a service like Sendowl to provide this to readers who were interested, and I could promote it to  my site along with all the complete books I sell on Amazon, and such places.

I am very tempted, I must admit, so watch this space.