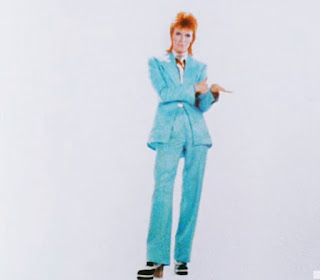 The stuff I talk about on this site is all connected in some way to sci-fi. This is the usual mix of TV, like DoctorWho, comic books, like 2000 AD, movies, like Pacific Rim 2, ebooks, like On the Steel Breeze, and other such works of futurism, but there is another medium used to express sci-fi ideas that I don’t talk about as often. I’m starting to put that right now, so here is another post about sci-fi music.


One artist who has created as much sci-fi music as almost anyone else is David Bowie, and the song I’m writing about today is not even one of the obvious ones, like SpaceOddity, or Starman. This post is about Lifeon Mars, which is from 1971 and is an excellent eample of the sort of sci-fi being made at the time.

Many people think the lyrics are cryptic, but they really aren’t. They are oblique, and it is possible to read a lot into them, but the basic thread running through the song is clear. It tells the story of a young woman looking at a movie, to escape her dull life and finding it impossible to reach the world promised in the glamorous images. The way Bowie puts it is:

> A sensitive young girl is disappointed with reality... although she's living in the doldrums of reality, she's being told that there's a far greater life somewhere, and she's bitterly disappointed that she doesn't have access to it.

In an interview about writing the song, Bowie called this young woman anomic, a term that comes from French philosophy. Anomie is a condition in which society provides little moral guidance to individuals. It is the breakdown of social bonds between an individual and the community under unruly scenarios resulting in fragmentation of social identity and rejection of self-regulatory values. This results in derangement and an insatiable will. It is the malady of the infinite, because desire without limit can never be fulfilled; it only becomes more intense. Anomie arises from a mismatch between personal or group standards and wider social standards.

This is a very common thread running through the sci-fi of the time, such as A Clockwork Orange, and even 2001: A Space Odyssey itself. In both those work, the characters have trouble relating in a healthy way with society around them. In A Clockwork Orange this results in ultra-violence, while in 2001 the people become robotic and reserved.

At the end of the song, the young woman asks:

> Is there life on Mars?

To me it seems she is obviously giving up on the idea of Earth and its petty concerns entirely, and wondering if she might not have better luck in outer space. I’m sure we’ve all been there.

The song is great, and the video that goes along with it only increases its iconic status. It is directed by Mick Rock and features Bowie in a costume that Rock says made Bowie look like a space doll. It features Bowie in a minimalist white room - a striking setting that emphasizes his dramatic outfit and alien makeup. He looks like what an emaciated alien could imagine an average 1970s’ British man might look like. He is a calm but intense presence, and seeing him adds a new layer to the song.

The song has a warm place in my heart, and I just found out that the piano part is by RickWakeman, of prog band, Yes, which only endears it to me all the more. Wakeman also played on Space Oddity, and songs by T. Rex, Elton John, and Cat Stevens, before joining Yes. However, I know him from appearances on a British TV game show about music, called Never Mind the Buzzcocks, where he comes across as a gentle spirit.

I went to the Buzzcocks page on TVTropes to refresh my memory of the show and I saw that, one time, he tried to find a connection between Annie Lennox and Jarvis Cocker via a chain of celebrities' names. From Annie Lennox he went to Lennox Lewis, then Lewis Carroll, and somehow from there to a carol service at a Jarvis hotel...in Cockermouth. Tropes also says he was known for playing the piano with Bill Bailey on the show... in wizard outfits. That fits very well with my memory, and it is amusing to think this whimsical man is involved in a song as profound and clever as Life on Mars.

The lyrics, like I said, are oblique, and it is possible to read a lot of different things into them. To me, the character’s despair at the ridiculous battles that seem important to people of Earth is particularly resonant in our time of Trump and Brexit, so I guess its a song that is going to stay just as relevant as it was in the early 1970s. It is a worthy and important work of sci-fi, referencing space travel and dislocated psychology, and the video is simply mesmerizing. Google it up right now, and enjoy.
Labels: Sci-Fi Music