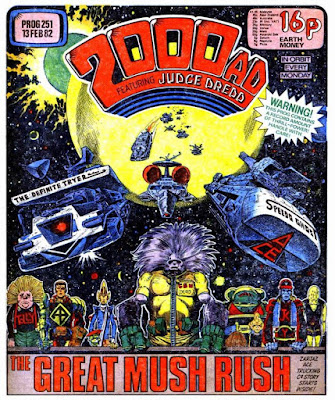 I'm writing another post where I read an old comic book from my childhood, and we are talking about a comic book from a very long time ago. The comic book came out on the 13 February 1982, when Reagan was president, with West European finance ministers, central bank leaders and many private economists complaining that his massive deficits would depress their economies and jeopardize the world's economic well-being. Shockingly, as if all this wasn't bad enough, Chicago public schools were still desegregating. It was truly a very long time ago.

The world was coming out of an incredibly cold January and things were bleak indeed. America had Reagan but in the UK we had an even crazier and less competent right-winger in the shape of Thatcher, his philosophic soulmate. Conservatism had become the dominant political philosophy but Thatcher's economic mismanagement hit businesses, especially in the manufacturing sector, there was a severe recession, and unemployment peaked at 3.1 million around this time, and remained at that level until 1986. The recession of the early 1980s was the deepest in Britain since the depression of the 1930s.

In this grim, cold world, 2000 AD was a ray of sunshine for me. It has it's problems, such as an almost complete lack of diversity, but it was beautifully drawn and revealed vistas of worlds beyond the dim twilight of 1980s Britain. Just look at the cover. It is a view of deep space, but it is colorful, with a rogues gallery of spaceship pilots and some very nicely designed spaceships. 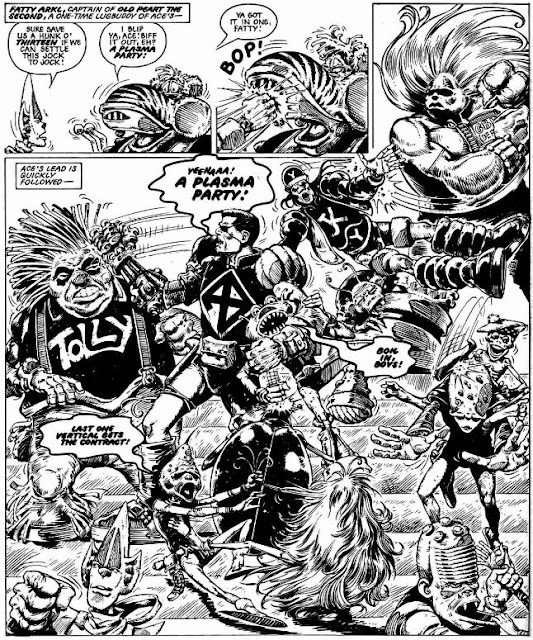 The story from the cover, Ace Trucking Co, is the first strip presented inside the comic book this issue, and it's fun, with a cast of hundreds of fractious space truckers. There is a funny scene where every single trucker on the planet tries to bribe the same petty official for a prime mail run. This strip is perfect for Belardinelli's inventive alien designs. 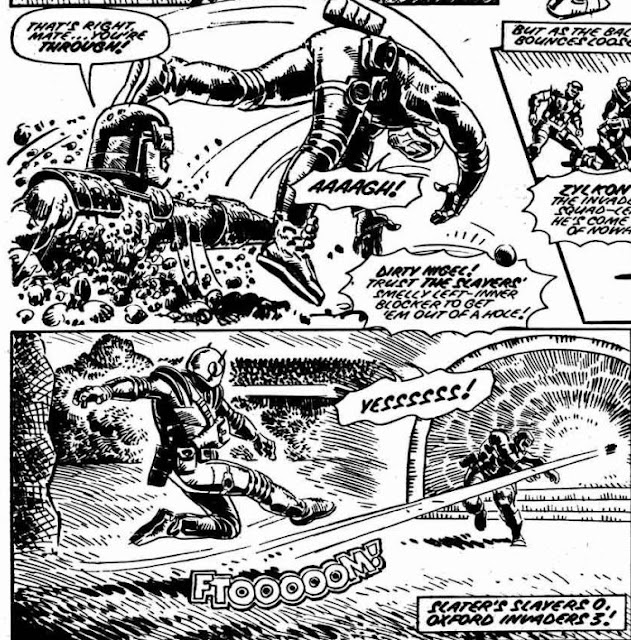 This is followed by a futuristic version of a sport strip called Mean Arena. It's a load of stupidity, but I always quite enjoyed Mean Arena. This issue, there are as usual some inventive maneuvers, such as one armored sport warrior burying himself and popping up to tackle the player with the ball.

Next comes a sci-fi short story by Alan Moore that isn't actually all that bad. I am not a fan of Alan Moore, to say the least. I think he is enormously overrated and has written some very problematic stuff about his female characters, but this story is above average for 2000 AD's short story slot, Tharg's Future-Shocks.

Then comes the star of the comic book, Judge Dredd, in his strip, which is telling the story this issue of an invasion by the Russians of the American megacity where he is a policeman. It's basically a war story, but with a thin veneer of sci-fi spread over it.

This is followed by Nemesis the Warlock, which is an interesting strip, but this isn't a great installment. It is just a prison break story this week, though the fact that the prison guards are giant spiders does mean that it feels fresh, even decades later. 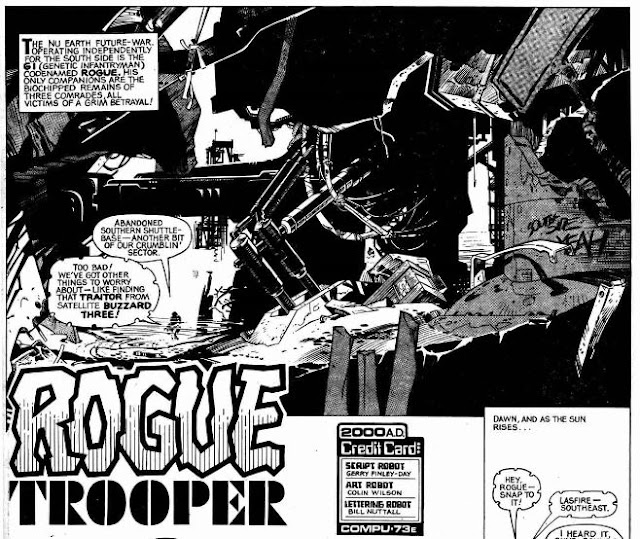 After Nemesis the Warlock, comes Rogue Trooper, which is hard-core military sci-fi drawn by a talented penman named Colin Wilson in the style of Bluberry's cowboy strips. It is not sophisticated stuff, but it is visually stunning, and I remember that, as a kid, I loved it. Wilson is known for his detailed artwork and, according to Andy Diggle, "no one draws near-future military hardware like him". High praise indeed.

Reading this issue of 2000 AD has sent a real shiver down my spine. I was becoming aware of politics at the time, and the damage being done to the region I grew up in by wrongheaded politicians *cough* Thatcher *cough* But I also remember the pleasure that this issue of 2000 AD brought me. It is too lacking in diversity to be a title I would have much fun reading today, but as a blast from the past, it is a lot of fun and has a lot to offer.