I created a spaceship with a very violet cast to it for the cover of the Iron Dart (illustrated) book, and I needed a starscape that it could "pop" against. I checked the Wikipedia age on complimentary colors, and it advised a background of yellow. 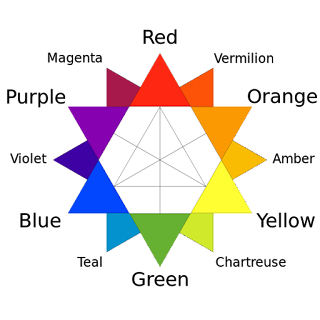 So I searched for a yellow starscape, and I found a beautiful NASA image of Orion's Head. It's from NASA's Spitzer Space Telescope, and it shows infant stars "hatching" in the head of the hunter constellation, Orion. The page I found the image on says that astronomers suspect that shockwaves from a supernova explosion in Orion's head nearly three million years ago may have initiated this newfound cycle of star birth. 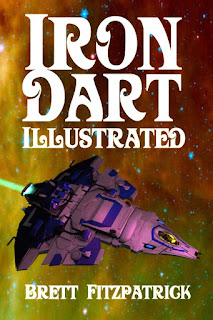 Apparently, the region featured in this Spitzer image is called Barnard 30, just north of the massive star Lambda Orionis. The page also says that the wisps of green in the cloud are organic molecules called polycyclic aromatic hydrocarbons. These molecules are formed any time carbon-based materials are burned incompletely. On Earth, they can be found in the sooty exhaust from automobile and airplane engines. They also coat the grills where charcoal-broiled meats are cooked. The tints of orange-red in the cloud are dust particles warmed by the newly forming stars.

It's a great image, and the spaceship jumps out at the eye, when set against it. Then I needed a shiny engine ploom. They aren't very realistic, I suppose, but they give a spaceship an energetic and propulsive power.

I tried following a tip on Blender Sushi, where you use indirect lighting. This allows you to make any object emit light, using Blender Default Internal Renderer. You simply apply a material with Emit set to some value other than zero. Then you activate Indirect Lighting inside World tab, increase Factor and Bounce. I couldn't get it to look the way I wanted, so I just faked it with a big blue light behind the spaceship.

After completing the cover and rendering it, I had to incorporate the illustrations I had created into the text of the book. The way I like to do it, is the same way as the illustrated Battletech novels, such as Decision at Thunder Rift by William H. Keith, Jr. that was published way back in September 1986. I loved the look and feel of that book, especially the end illustrations. 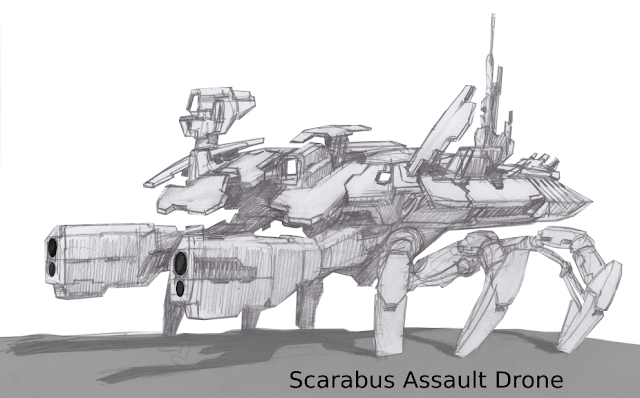 The distributor that is currently generating most sales for me is Draft 2Digital, and so I will be creating and uploading the book first for them. They have some guidance on their site about including images, and it is relatively straightforward. They say to be sure your images aren’t blurry. You don’t have to sweat size too much; they’ll resize any that are too large to fit our vendor’s requirements. They recommend image resolution of 72-150 dpi. For best results, always be sure that the images are aligned “In Line with Text” and centered.

I added the images at the back of the book, and uploaded it to Draft2Digital.

Unfortunately, Draft2Digital's automated content review wasn't smart enough to know that Amazon allows illustrated versions of books that have already been published, so they declined the book. I'll have to upload it to Amazon directly to get round this. I was hoping to be able to only do two versions of the book, one for Draft2Digital, and one for Smashwords, but I'll have to do another using Kindle create, by the looks of it.

Iron Dart (illustrated) is however already available from Kobo, just a couple of days after being uploaded. So go to Kobo and check it out.
Labels: Dark Galaxy sci-fi novel self-publishing