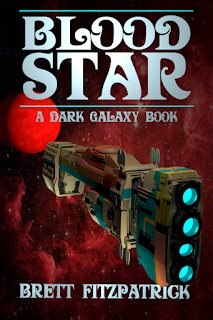 I have always been afraid of doing a preorder on one of my books, I guess because I was frightened that I might miss the deadline. But I have been doing some research, and the various eBook publishers don’t seem to punish you too severely for missing a pre-order deadlines. For example, according to IndiesUnlimited.com Amazon is quite forgiving. On their help page Amazon say:

I’m also, after writing nine books, pretty confident of about how long it takes me to write a novel. It takes roughly six months. So, for the very first time, I am considering setting up one of my books as a pre-order. Of the various sites I upload my books to, come publication date, the one with the easiest and most user-friendly interface to navigate is that of Draft2Digital. So. For my very first preorder, I will be setting everything up with them.

Draft2Digital goes into a lot of detail about preorders. For a preorder on their site, they require:

Book Title, Expected release date, the blurb for the book (which doesn’t have to be the final version), keywords, and list price.

Then you can also upload a placeholder cover. For example, Draft2Digital suggests using a simple 1600x2400 image that says something like “Cover Reveal” and a date. The temporary cover then invites people to come back and check out your book again, to build even more suspense as you ramp up to release.

Then the rest is exactly like every other book published via Draft2Digital. Just continue through the process until you’ve clicked “Publish My Book!” The preorder then goes off to Draft2Digital’s vendors (the ones that support preorders, anyway), which currently is iBooks, Barnes & Noble, Kobo, and Tolino.

Draft2Digital say they start sending out emails 21 days before the deadline to remind authors to upload the finished manuscript and cover art.

Everyone says preorders are a great tool for building up anticipation and excitement around a release, as well as a way to gauge the effectiveness of your marketing efforts. I’m very motivated by the whole idea, but I want to have some kind of placeholder cover in place, probably with a note to say the art is going to be a lot better by release date.

I want to have a cover immediately, even if it is not the finished version of the art, to make the preorder even more enticing. As usual for the Dark Galaxy series, the preorder cover will be a 3D spaceship.

The first step, as with any of the 3D spaceships I create for my sci-fi eBook covers, is to fire up Blender. Blender is the free and open source 3D creation suite. It supports the entirety of the 3D pipeline, including modeling, rigging, animation, simulation, rendering, compositing and motion tracking, even video editing and game creation.

I quickly started adding in elements, the title text, a planet, a cube (that I swiftly started shaping into a tall wing of a spaceship), and a background. I want the cover to be red, so I found a beautiful red starscape on a NASA website for the background to my book cover.

After a few hours work, the book cover was already looking very nice, even if there is obviously still a heck of a lot more work left to do before it starts looking just the way I want it to. The foreground spaceship in particular will need a lot more detail before I am happy with it. I may end up changing its color scheme to make it stand out a little from the red background, but I’m pretty sure I should be able to upload new versions of the cover as soon as they are rendered.

I will also need a blurb, and that will undoubtedly evolve as I actually write the book, and don’t have to rely on some vague hints about what it might contain. I have come up with a nice, vague blurb that should give me enough wiggle room to write an exciting slice of space opera with a military sci-fi taste, and here it is:

Blood Star is the fifth installment in the Dark Galaxy series, which is an epic space opera featuring an ex-infantry trooper called Knave, and the fierce and independent woman and the feisty robot who help him start a rebellion. It is also the story of a spaceship that can upset the balance of power across human space. A spaceship from an ancient time, built by aliens, and full of advanced technology. Blood Star is an action-packed, sci-fi page turner that charts the rebellion as it takes hold of a Galactic Star Empire that is divided and unable to defend itself. It seems the rebellion is gaining ground, until a threat emerges that is so horrific it marks a transition into a new epoch for the entire empire. But will the new epoch bring pace, or only yet more war.

Like the cover, I will update this, too, as things start to take shape a little more. The only thing that won’t change, hopefully, is the release date – February 23 of 2019. Of course, if I mange to get he book finished before then, nobody is going to be upset if I release it early. Blood Star will be 5.99 and you can preorder the book at Kobo, among others, or start reading the Dark Galaxy series with Galaxy Dog.