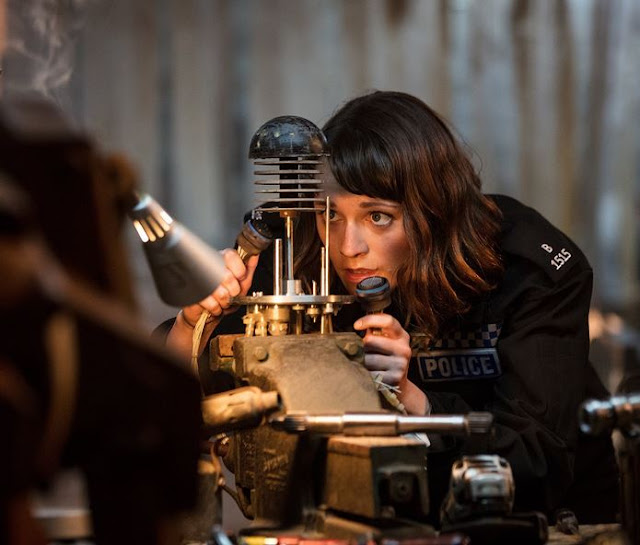 When I talk about Doctor Who, I often pause to warn people who aren't familiar with the show that it is an acquired taste. In fact, it is very often objectively quite bad. I say this as someone who loves the show, and it brings me no pleasure, but it's true. There is a lot to love with Doctor Who, but the flashes of greatness to be found in any particular show, such as the ideas, the mythology, and snatches of entertaining dialogue, are often set within a morass of embarrassingly bad other stuff, such as low budget effects, soap-opera level acting, and smugness. The 2019 New Year's Special, called for some reason Resolution, has come a lot closer, in my opinion, to being a good show that can be enjoyed by somebody not steeped in the traditions of Doctor Who than any I have seen in some time.

I'm going to go straight into sprinkling spoilers throughout this post, so stop reading and go watch it, if you haven't already. The spoiler ridden remains of the post continue after the following plug for the sci-fi books I write.

The books I write belong to a series called Dark Galaxy, which starts with Galaxy Dog. Here are the first two lines of Galaxy Dog's blurb, so you can get a feel for the books:


The monster at the center of this special episode of the show is a single Dalek, and that already earns it a lot of goodwill from me. There is a reason that these mutated, robotic, space Nazis are a fan favorite. They are an iconic design and they are implacably alien and evil, while still being complex. The Dalek was a very entertaining presence throughout the episode, and there were moments of real tension, as various people encountered it and were casually exterminated. 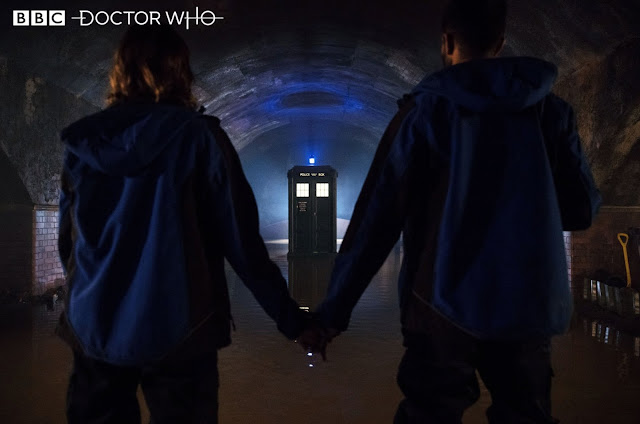 I like the new twists added to Dalek mythology here, with the introduction of a Scout Dalek, and the ability of the mutant creature to survive outside its casing and take control of humans, making them its slave. The Dalek was effectively two creatures, a creepy squid thing, and then later the robot tank we most associate with them. The Dalek was entertainingly evil in both guises, and quite psychotic and chatty from start to finish of the episode. There were numerous great moments, such as when the female archeologist, controlled by the Dalek, was stopped by police. The police officer told her that she had been driving at 120 mph, and asked her to explain. She simply said: "You are an enemy of the Daleks," and killed him. Great stuff. 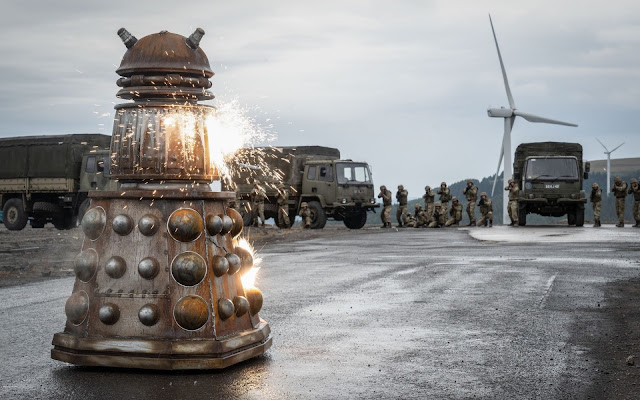 I also liked that this monster referred to the Dalek "race" being superior. These guys are irredeemable space Nazis and that is how they should be portrayed. It was gratifying to see a single Dalek easily deal with a couple of squads of soldiers armed with assault rifles. This was all good stuff. Unfortunately, this monster has to be taken out by a single character who is averse to using weapons. This is always the case in Doctor Who, and it means an Achilles heel often has to be added to otherwise unstoppable foes. Sontarans have a neck valve, Cybermen are allergic to gold, the list goes on. Here the invincible Dalek was taken out by components from a microwave. Oh well, that's just part of the Doctor Who formula, one of those things you just have to get used to.

I'm not going to go on and on about this episode of the show, I'm just going to say I very much enjoyed it, and it is an excellent jumping on point for anyone considering taking up Who watching as a hobby.
Labels: Doctor Who sci-fi TV