Is a Modern Serialized Novel Possible? 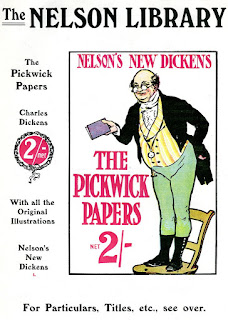 In the past, authors used to post release their books one chapter at a time. During the 19th and early 20th centuries, this type of serialized novel dominated the market. Authors gradually revealed their works in installments, published either independently or within larger periodicals, over the course of several weeks or even months. Charles Dickens’s The Pickwick Papers, first published from March 1836 through October 1837, ushered in this literary format’s era of influence not only in England, but across Europe. Alexandre Dumas and Leo Tolstoy both produced serialized works.

What I want to know is, why isn’t this still possible today? I’m always trying new stuff with my writing, and for my latest self-published opus my thoughts turned, not for the first time, to this idea of serialized fiction. I'm writing my book as we speak, and I would love to publish it one chapter at a time, if that were an option.

As you might know, platforms for serialized fiction do exist, and the biggest player is Wattpad. The problem is, I’m not a huge fan of Wattpad. I have a couple of novels on there, one in part, and one in its entirety, but neither have been read more than a handful of times. I’m not blaming Wattpad for this, of course. It is more likely my own lack of promotional skills. Theoretically, if I put in the work on social media, and on the site’s own forums, I could drum up a few readers, but even if I did that, there is another problem. Wattpad don’t pay for any of the content on their platform. All of us authors just give it to them, for free. My completed books make money, on such platforms as Kobo and Amazon, so I don’t see why I should give away a serialized version for free. It’s kind of a deal breaker, and it means I would not be at all averse to finding a good alternative.

I realized it had been a while since I looked into this option, so I did a little research, and it turns out that Wattpad does, indeed, have a couple of competitors. First I took a look at Webnovel, but the site is a weird mix of badly implemented widgets and half-finished webpages. It is cryptic to say the least, and so I went to the help pages, where Webnovel themselves say their site is not fully introduced or released yet. The whole experience didn’t inspire confidence, so I moved on.

Next I tried RoyalRoad.com, but it was difficult to see any of the site content without signing in, not even an about page, and what I did see had the sort of bad grammar that makes you suspect it is being run from China. I have nothing against any company getting into the market, but China is such a separate market that I would need convincing that they know what they are doing in the West. I would need to poke around and get a feel for the site without signing in, and that seemed impossible, so again I moved on.


Then I took a look at Radish Fiction, and at it is professionally produced. I was able to get a feel for what they do, without having to sign in. Their pitch to people wanting to write for them is that they can advance your career by publishing strategically – avoiding oversaturated e-retailers like Amazon. They publish in a weeklong production cycle, as opposed to the traditional yearlong cycle and monetize your content immediately. They also say you can build a young and unique readership from rapidly growing global smartphone fiction consumption.

That all sounds great to me, and what they are looking for is writers who publish in fluent English, who produce well-written and edited stories with multiple arcs and cliffhangers to keep readers engaged. They also want gripping plot lines that make readers want to come back episode after episode to know what happens next.

At this time, writers are accepted by application only. All submissions are reviewed individually, and if you're accepted, we'll notify you by email within 4-6 weeks and help you get started!

Obviously, I wanted in, and I completed their application form, but I am not convinced that anyone has yet really cracked the conundrum of how to make serialized fiction pay in the age of the Internet. No one has proven that paying by chapter works particularly well in the regions where Wattpad is a major player. Yes, there are a few authors who are doing well, but just a few.

The problem is that Wattpad isn’t where you go to find top quality stories by the best writers. It’s first drafts by newbie writers and people learning their craft. Any who are good WILL likely leave as they reach the stage where they should be selling their work, instead of putting it up for free.

Webnovel and Radish (and Tapas for manga) all have the same problem, and that is that the bulk of their writers aren’t at the pro level. Why would someone pay to read novels there, when they can read them on Wattpad for free? But why would a “pro” writer upload their work, if they aren’t getting paid. We'll see if Radish has managed to square this circle when (I mean if) they get back to me.

Before we wrap up here, just a reminder that the best way to support this blog is to buy one of my books, so why not go over to Amazon, or Kobo and see if there is one that catches your fancy.
Labels: promotion self-publishing