The previously montage that starts each show is getting quite packed now because, at the episode 5 mark, we know a lot more about this universe and these people than we did in the beginning. This episode takes all that world building and plot development, built up over episodes of incremental storytelling and it accelerates. We learn a lot, this episode, and we see a lot of action. At the start of the episode, the biggest, most murderous problem in everyone's life is the personality of the captain's mother, Cynthia Eris, who has been uploaded to the Nightflyer's computer. To their credit, the cast of characters don't ignore her, they confront her.

Lommie, the hacker, goes into the spaceship's computer to take on Cynthia. Agatha convinces Karl to let the telepath go along into the crystal matrix, as a kind of guide. The simulated environment this confrontation takes place in is presented as a big country house, called Greywing by the captain. It’s his grandfather's house. Everything’s covered in plastic and we see a doll on the floor. 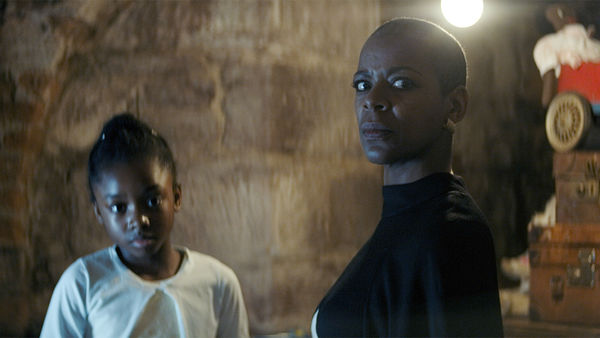 We see memories of Cynthia both as a little girl, hiding from a man with eyes that are scratched out, like a photograph, and as a grown up - played by Josette Simon. I hadn't noticed Josette Simon on the cast list, and my jaw dropped at the sight of her. To me, she is a colossus of sci-fi TV, thanks to her role on Blake's 7, and her work with Tom Baker on Doctor Who audio books.


Josette Simon, OBE is a classically trained actress who learned her craft at the Central School of Speech and Drama in London. Along with her TV and movie career, she is also a notable stage actress who has performed frequently with the Royal National Theater and Royal Shakespeare Company. It was the late Alan Rickman who recognized her potential early, and told her she should pursue acting. 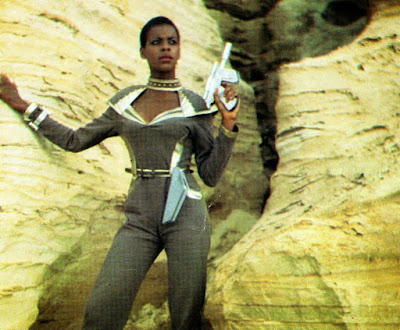 She sees Dayna as a role model, a character that wasn’t about color or gender – Dayna was simply a skilled crew member. She was the youngest of the Blake's 7 cast, gaining her Paul Darrow’s paternal protectiveness, while Jaqueline Pearce, a far cry from the manipulative Servalan, was always maternal towards Josette. 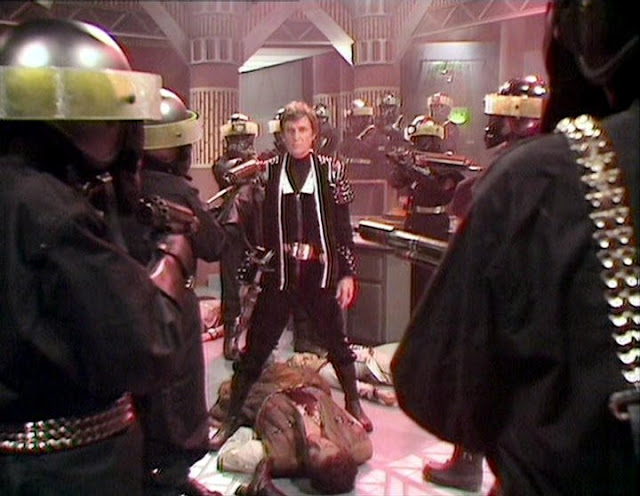 Josette believes Dayna died in the final episode of Blake’s 7, but if the BBC had commissioned a fifth series, she would have liked to resume playing Dayna. If that had happened, it would be possible to imagine the young technician growing to the point where she was able to upload her mind to a ship's computer. Thinking about it like that, she is a very important link between Nightflyers and the early days of TV sci-fi. I, for one, think Nightflyers is a worthy bearer of the torch. 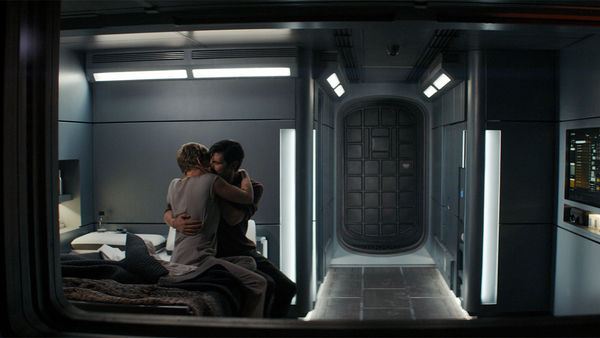 The grown Cynthia attacks Lommie, who runs to another area of the mansion. She enters a cellar filled with junk, where she finds the grown version and child Cynthia together. Thale feels himself being choked like Lommie when Cynthia grabs her by the throat. Cynthia’s anger also reaches into the real world. She drains the oxygen from Karl’s quarters locks him in. Agatha somehow telepathically feels Karl calling for help, but the door won’t open, and she watches as his life ebbs away. At last she manages to break the panel, and Karl narrowly avoids death. This experience sees the two fall into each other's arms.

Lommie goes upstairs to a door where someone’s pounding on the other side. Lommie opens the door, releasing the man to haul Cynthia behind those doors with him. Lommie then returns to reality on the ship, and Eris no longer hears his mother in his head. Along with what we see of Mother’s world, we also get a brief look at Lommie’s own painful memories. She lived in a low-tech society and was forced to smash her father’s hands with a hammer.

Also the bee lady takes a look at the probe. It’s a tiny detail, but I would love it if the bee lady were the one to somehow use the probe to contact the enigmatic aliens, while everyone else is preoccupied with Mother. This was a great episode, made even better by the appearance of Josette Simon, and I can't wait for episode six.
Labels: netflix Nightflyers sci-fi TV