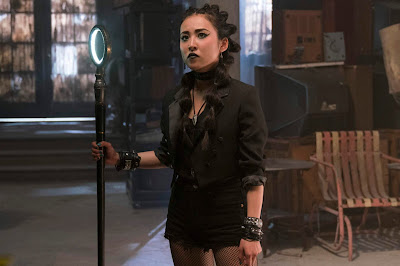 Runaways is the story of six teenagers and their supervillain parents, and it is beautifully photographed. The photography is low key and the colors subdued. The budget seems to have been trimmed just a little, which means that the dinosaur member of the team is even more of a headache than before. It ends up just a head under a tarp a lot of the time. But I can watch the opening credits of Runaways all day. It's an arty collection of sun bleached images of California, with a chill-out track accompaniment. Now that season two has dropped, it means I can watch those credits a whole bunch more times, as I greedily binge my way through it. 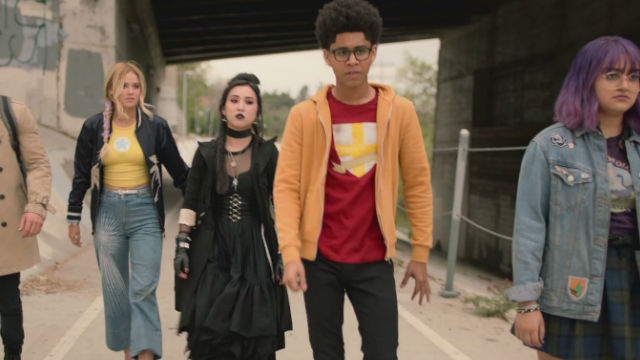 First we see the Runaways being hassled by a teen on a bike, who takes Chase’s fistigons. Alex soon realizes he’s been robbed as well. Amusingly, one of the first lines of dialogue this season comes in reaction to these setbacks. Nico declares: "We suck at being Runaways."

The kids are already hungry, so they go to a soup kitchen, which is an interesting comment on Trump's America. With no Phones or Lyft accounts now that they are runaways, the Runaways are also confronted with how terrible the public transport is in California. They end up preferring to steal a car. Karolina and Chase steal it by pretending to be a bickering power couple.


Molly’s aunt Graciela has a tape that contains proof of PRIDE’s villainous activities. Molly and Gert’s parents decide to go get it but Graciela pulls out a gun and shoots the tape. Then Tina Minoru arrives and uses the Staff of One to kill Graciela. The Runaways arrive shortly after, in the stolen car, and discover Graciela’s body.

The leader of the runaways, Alex, is also busy, compromising his values and becoming more and more involved with a gangster rival of his father's named Darius. Darius tricks Alex into thinking he’s going to have to kill someone but winds up painting Darius’ unborn child’s room sea foam green, but also gives him “the talk” about interacting with cops as a young black man. 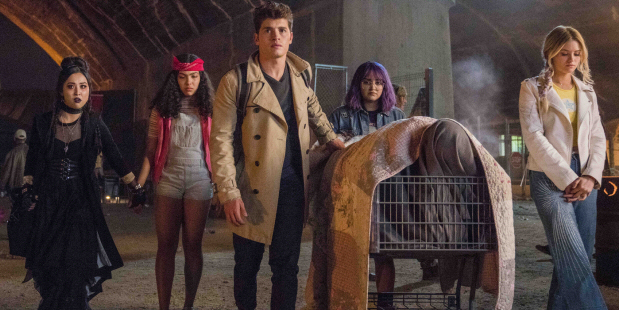 The Runaways then spend a night at a homeless encampment, which is why the dinosaur has to be hidden under a tarp. There are a lot of people, and the kids think that if they can all survive, so can the Runaways. The homeless encampment is atmospheric, and terrible, and just right for this moment in US history. There are pools of orange light round open fires, surrounded by the cold, rich blue of night.

They chat about their parents. "Hey, we're not them. We're not monsters. We can fix the world they broke." Then Molly says that maybe instead of running from danger, they should run toward it. It's like the story's Uncle Ben moment, even though it comes in season two rather than season one. 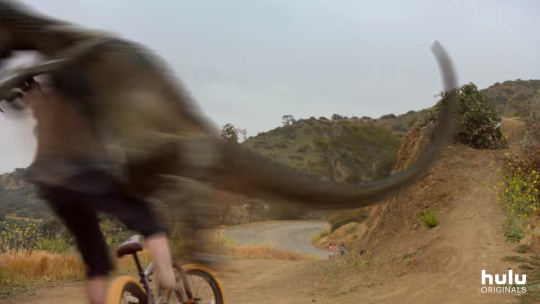 The guy on the bike from the beginning of the episode then returns and starts using Chase’s fistigons. He fires several shots into the homeless population before riding off. The Runaways pursue him. Gert summons Old Lace who attacks the bike guy, in some short but effective CGI sequences. While most of the Runaways deal with him, Karolina falls through a hole and discovers an underground mansion.

There's a very nice twist at the end when Karolina sneaks out to meet with Jonah, her father. I'm just one episode in and I'm already enjoying season two, very much. The Runaways is quality TV, and everyone should see it.