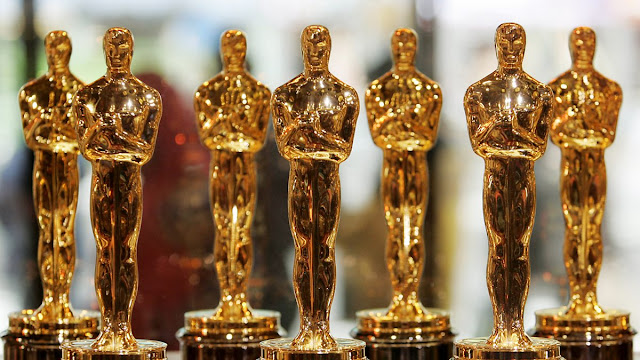 I just finished watching the Oscars (I saw the first half live last night, and the second half recorded today. It's on late where I live, and I couldn't stay up). As always, I was most interested in the sci-fi, and there was a bunch of stuff for a sci-fi fan to enjoy - if you include superheroes and anything about space, even factual stuff - but luckily I do. 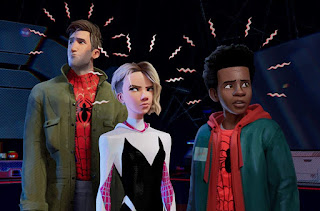 Firstly, the award for Best Animated Feature went to Spider-Man: Into the Spider-Verse. I was surprised to find out that Best Animated Feature hasn't been going very long, only since 2001, and so it doesn't have the host of giants of the genre among its winners that you might expect. It was won by Spirited Away in 2002 - which is a sublime movie - but other than that it has gone to such underwhelming movies as Rango and Brave.

There are some enjoyable movies on the list, such as the first one to win, Shrek, but they are mostly entertainment and not exactly high art. Spider-Man: Into the Spider-Verse is something more important. Io9 calls it a game changer, and I have to agree. The Spider-Man origin story has become something of a joke because of how many times it’s been done, and Spider-Man: Into the Spider-Verse is another Spider-Man origin movie but it is also something new, and not just because it is the story of a black, Puerto Rican, bilingual teenager from Brooklyn.


There is a much larger multiverse of Spider-People, including Spider-Gwen, Spider-Noir, Peni Parker, and Spider-Ham, and all are given a unique look, as part of the film’s astoundingly dynamic visual language. Some other examples are when Miles’ thoughts manifest as yellow comics caption boxes, or when we see spidey sense on screen as the iconic wiggly lines, or when we see characters glitching, like video feeds, as they are rejected by the universe they have fallen into. The movie is a work of art, uniting so many technical and creative ideas, along with action, comedy and storytelling, that it could have been given best picture, and would not have been unworthy. 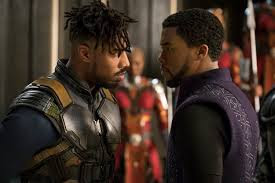 Best Costume Design, Original Score, and Production Design were all won by Black Panther. I love this movie, and have written about it on this blog before. Suffice it to say, this would have been a much more fitting winner for Best Picture than Green Book, and even Cosmo agrees. Black Panther was totally snubbed.

The Best Visual Effects Winner was First Man, and it isn't exactly sci-fi, but as a property listing might say, it is sci-fi adjacent. There are even some conspiracy theory types who would not hesitate to put moon landings into the fiction category. For a movie about going to the moon, it is very earthbound. It is not a patriotic roller coaster like Apollo 13, but an intimate character portrait, with Armstrong as an up-and-coming pilot and engineer with a flair for danger who rises through the ranks to become an astronaut.

Lastly, the winner for Best Short Film (Live Action) was Skin, which I haven't seen, and wasn't familiar with, but introducing less well-known works is almost the point of a category like this. On Film Threat Alan Ng thinks Guy Mattiv’s short film takes  red-neck racism head-on with a twinge of Twilight Zone. I guess that means there is a sci-fi angle, and so it just went on to my "To See" list. All in all, not a bad night at the Oscars for sci-fi, even if Black Panther was robbed.

Before we wrap up here, just a reminder that the best way to support this blog is to buy one of my books, so why not go over to Amazon, or Kobo and see if there is one that catches your fancy.
Labels: sci-fi movie