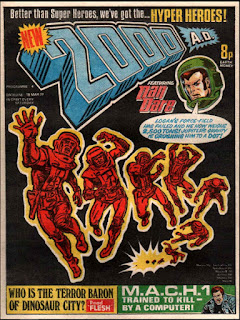 I write a lot about 2000 AD, it was a very formative experience for me, and I still read it today. I have a 2000 AD page where I link to all the issues I have talked about on this site. In this post I'm taking a look at an old, old issue. This is issue 4, which was published way back in March, 1977.

At last, after the first three issues with their covers marred by including space for free gifts, we have a cover that doesn't have to waste any space. It is interesting to see that the comic book is trying to sell its characters as hyper heroes, in response to the superheroes of the giant American publishers they have to compete with. As far as I remember, that idea never really caught on. 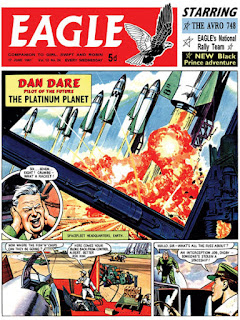 The character chosen for this first full cover, Dan Dare, is interesting, too. He was already popular and beloved in the UK comic book market from an earlier incarnation, from 1950 to 1967, as the pilot of the future, which gave the character a name recognition factor second to none in British comic books at the time. But the concept of the pilot of the future must have been seen as old fashioned, because the editorial team have taken Dan much further in the direction of a superhero than any other of the characters, even including a logo on the chest of his outfit. 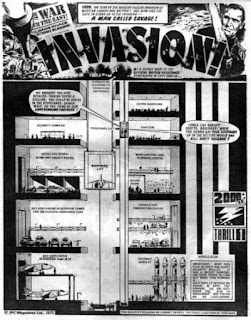 
As usual, the first story presented in the comic book is Invasion, a war story with a thin veneer of sci-fi spread over it in the fact that the invasion is happening to the UK, in the future. The story gets a little more sci-fi this issue as it introduces a secret underground base below an East Anglia farmhouse. The base is full of harrier jump jets, Saracen armored cars, and huge missiles. The existence of such a base is an extremely unlikely turn of events, but fun for a comic book, and if the writers allow themselves to continue such flights of fancy it might just elevate this brutal and simplistic strip to something more than it has yet revealed itself to be. 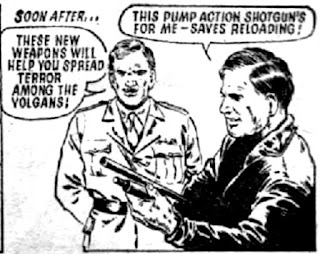 Savage is also given a new weapon that will strike fear into the heart of his enemies this week. Instead of his double-barrel shotgun, he is upgraded to a pump action shotgun. I wondered if these were a new idea back in 1977, but I checked Wikipedia and the first slide action patent was issued to Alexander Bain of Britain way back in 1854.

This is a great issue of this classic comic book, and for the rest of this post I am just going to let the art speak for itself.

But before the art, just a reminder that the best way to support this blog is to buy one of my books. Simply go over to Amazon, or Kobo to get one. 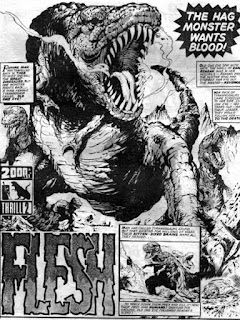 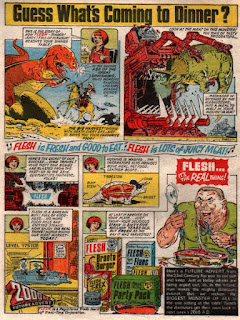 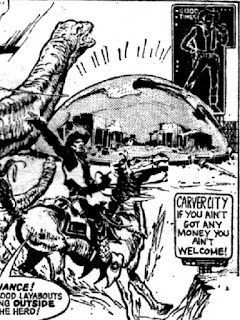 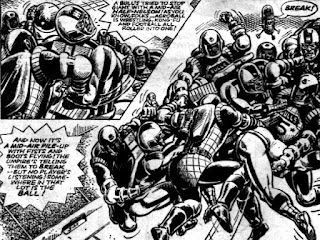 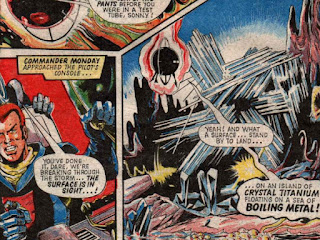 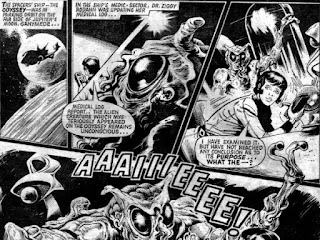 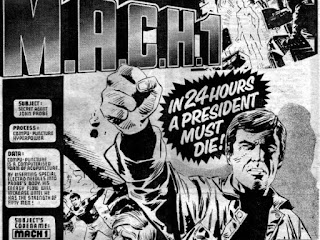 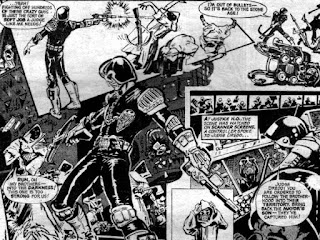