I Stand with Supergirl 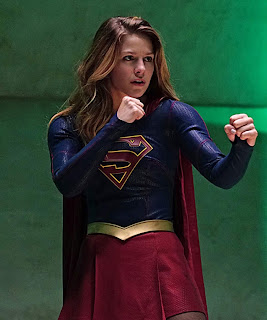 There are two currents in popular culture at the moment. There is a warm current of progressive people supporting each other, and a cold current of evil and hatred. The forces on each side are very different. On one side you have a lot of money and media savvy (memes and the like) being employed to stir up hatred. There is Putin, and his goal of destabilizing the West, the GOP and their strategy of weaponizing racism to divide their opposition, the orange buffoon in the White House, dry humping Old Glory while winking at his base, and petty dictators around the world, copying the strategies they develop. 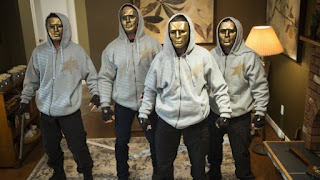 On the other side, the forces of warmth and inclusivity, may not seem up to the task of defeating them. What do we even have on the our side? There are left-leaning political parties, like the Dems and Labour, Black Lives Matter, and the MeToo movement, and none of them seem to have much in the way of power. The left are fought by the security services that should support them, and BLM and Me2 are the target of constant efforts to marginalize and undermine them. But the side of good, in this battle of good vs evil has an important advantage. They speak truth. 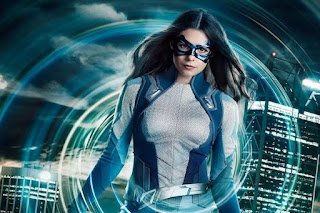 The themes of the warm current can form the central point of a story, and it will hit home. This isn't true of the other side. I have been thinking about this as I have watched the latest season of Supergirl. This season very powerfully takes on what is happening in society right now, unambiguously standing with LGBTQ+ people, women, people of all heritages, and is very clearly targeting the enemy. 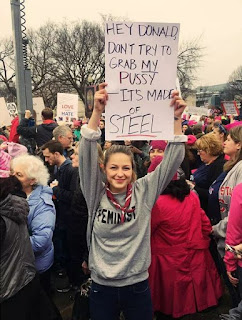 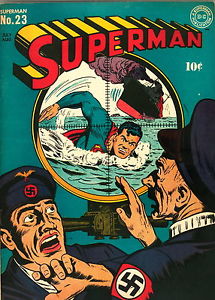 It is a story that fits so well as a counterpoint to Supergirl's bright, wholesome, brand of superheroics. The show is currently extremely polemic, and makes active efforts to avoid subtlety, and I see that as a fitting nod back to the roots of Superman's battle with the Nazis. 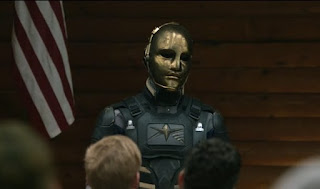 We are at a very ugly moment in history, where, once again, ancient and ugly ideas are being resurrected for political gain, and find the usual fertile ground, but Supergirl's victory over the impeachment dodger and his ragtag band of bigots, and all those who empower them, profit from them, and copy them, seems inevitable to me. 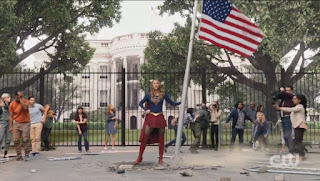 It makes watching the show a unique experience, among other superhero shows, and it is a nice change of pace from the likes of the much more problematic Nolan Batman. I stand with Supergirl.
Labels: DC DC Comics Supergirl