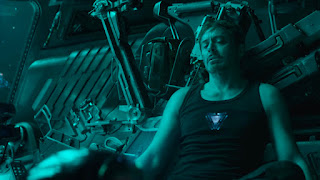 I have just seen Avengers: Endgame, and be warned this is not going to be one of those non-spoilery reviews. This review is going to be stuffed with spoilers, so if you are trying not to get spoiled, move along, buster. Move along.

Okay, down to business. Here comes the first spoiler. There is no post-credits scene. That’s right, after sitting through over three hours of movie, you sit through another ten or fifteen minutes of credits, and... nothing. I was hoping for some business about the torch being passed on to Captain Marvel, and the rest of the new generation of heroes, but no. This movie is about Iron Man and Captain America and their pals, and if they are going into retirement, then the thinking seems to be that there is no need to tease what is coming next. I, however, could not disagree more. 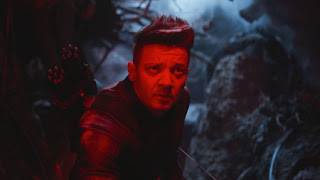 This movie franchise has been training us to sit though credits for years, and now it changes the rules? No way. I get that this, in the minds of the writers, is some kind of an end to one phase of Marvel’s bid for movie domination of the world of cinema, but that doesn’t mean they can do without an end of credits scene.


That aside, the movie itself is fine, better than fine, in fact. In a three hour movie, there are only two or three stretches of five or ten minutes at a time when it really runs out of steam, and starts plodding along. Mostly it manages to keep its convoluted plot on the rails, and carry the audience along. As the movie progresses, there are some very funny moments, and some exciting action, but these good points are a bit like chocolate chips because there is also an extensive and doughy mass of sentimentalism. We see long scenes of Iron Man’s family bliss, contrasted with Hawkeye’s pain at having his entire family fridged. Hey, I said there were going to be spoilers.

Seemingly, you can shoot a past version of yourself and be fine. One of the characters, Nebula, actually does this. I enjoyed how much time the movie spent with Nebula, by the way. She is a very interesting character, and is appealing, despite being a psychotic enigma. Anyway, following from Nebula being able to kill a past version of herself, it stands to reason that the characters are not actually traveling in time, but skipping between separate universes. In my opinion, this means you can go to the past (which is really a different universe) steal some power gems, come back to the future (probably yet another different universe) and, hey presto, there are now two sets of power gems. You could keep doing this until you have enough power gems to fill a ball pit. You could use them over and over, too, because – time travel in this movie doesn’t make sense. 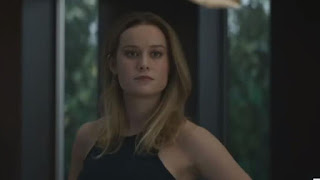 There are other problems, too. For example, Captain Marvel is underused. She is missing for the entire central section of the movie, then turns up at the end to beat up Thanos’ spaceship. Then she gets her clock cleaned by the purple guy, and is missing from the entire rest of the movie.

Black Widow is unceremoniously killed off, too, which is bad. She is the only female member of the original team, and she pretty much gets tossed away. At first it seems like the annoying waste of space that is MCU Hawkeye is going to bite the big one, but no such luck. It is Black Widow that gets killed in exactly the same off-hand way that Gamora was iced in the first movie, in a death plunge to free the Soul Gem. We are told this is irreversible, but then past Gamora comes back, and is certainly not now still destined to end up dead in exchange for jewelry. So Black Widow could have been saved in the same way, right? 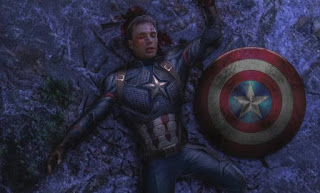 I could go on and on about how the time ravel doesn’t work, but I’ll stop now. However, I do have one more gripe before I get on to another good part of the movie. I just can’t stand how Thanos’ strength and ability to take a punch goes up and down, depending on who his is fighting. He can take a punch from Thor, resist the magic of Scarlet Witch, and even go toe to toe with Captain Marvel, so how come Captain America can even hurt him? It makes no sense that these two end up in epic fist fights, no sense at all. Thanos even takes time to deliver a coup de gras to a very badly injured Captain America, but Cap is fine, don’t worry. They flirt with killing Cap, but never actually go through with it. You can see how much more affection the writers have for him, and even Hawkeye, than they have for Black Widow. Sorry, I’m still smarting from the way she was fridged. Anyway, enough of the negativity, lets end on a positive note about a movie that is mostly a good time. 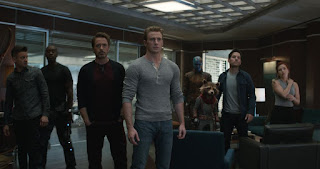 What the movie does well, despite its many flaws, is it manages to find space for a huge cast of characters to do something satisfying. Absolutely everybody gets a few lines and a chance to strut their stuff. We even get a proper “Avengers Assemble” and a great shot of the massed ranks of Marvel superheros going into battle against a random selection of aliens.

There are some beautiful visuals and some action with more heft to it that anything Marvel has managed before. Along with the action, there is a lot of comedy gold. All in all, this is a fun night out at the movies, especially if you have seen a bunch of the previous movies that got us to this point.