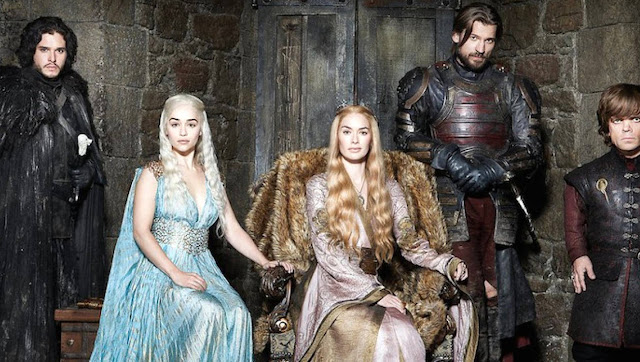 Some TV shows are a tough watch but they are so important in popular culture that I still want to know what happens. This, for me, is where recaps are so useful. You can keep up with zeitgeist-defining shows without having to actually sit through them.

The Walking Dead is a good example of a show like this. I watched it, episode-by-episode, during season one and two but switched to following the show mostly via recaps after that. The show had lost it's edge of the seat engagement, for me, as it became increasingly obvious that it was making the point that human adversaries are more dangerous than zombies. I profoundly disagree, and it spoiled the viewing experience, but the show was an enormous cultural juggernaut, so I still didn't want to check out entirely, and the solution was - recaps.

Another show I have endless trouble with is Game of Thrones. I have failed completely whenever I have tried to watch an episode. There are just so many problems with it, including the costumes. You might wonder why I mention costumes being a deal breaker, but I grew up on Robin of Sherwood, where the costumes were meticulously excellent, with no slinky fabrics to show off boobies. It is the standard I judge all medieval-style settings by, and Game of Thrones costumes, which look like the cheapest of Halloween outfits, or dumbest of fashion styling, depending on the lighting, do not come up to standard. It probably seems like a minor thing, but to me it is super important.


It wasn't just the costumes I didn't like about Game of Thrones, of course, there are a bunch of other problems, too... a whole bunch.

I tried watching episode one, prepared to binge the whole thing from there, but... nope. I tried a couple of random episodes, hoping one would grab me, but... nope. I just couldn't suspend disbelief or overlook the glaring problems. Then I had the radical idea of following the show entirely via recaps, and I found a source, at the Guardian.

I am totally prepared to give GoT one last try, as long as I can read about it, and not have to actually watch it. But even as a recap, this is tough stuff. For example, the recap of episode one of season one has the following description of a female character.

It's hard to say exactly what she is really like as she spends most of the episode being bullied and felt up by her brother before being sold off to a horse lord and raped on her wedding night.

Luckily - Sarah Hughes, the journalist tasked with the recaps  - sees that the show has faults, and singles out the marriage for particular criticism. She says:

The wedding scene between her and Khal Drogo seemed considerably less consensual than the book, which could cause issues later. Additionally this was the only part of the story that threatened to teeter into Xena territory with slightly kitsch settings and some over-ripe dialogue.

By the second installment of the recaps she also starts a Gratuitous Nudity Count. As she says: Because readers of this blog are a bunch of perverts/concerned about the high levels of gratuitous nudity in this show (delete as appropriate). And I can tell I am going to enjoy this story a lot more via rap than as a viewer, and certainly more than trying to read the appalling books.

To end, just a reminder that the best way to support this blog is to buy one of my books. Simply go over to Amazon, or Kobo and get one.
Labels: Fantasy review TV