My Love of Giant Robots 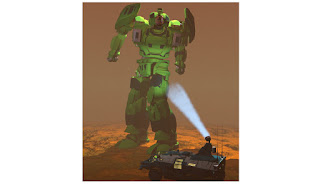 In the late 70s, giant robots started to appear in the UK, or at least toys and model kits depicting them did. I loved them, though times were tough in the grim north of the UK in those years, so I couldn't afford to buy many. A plastic robot kit was a rare treat, for a birthday or Christmas. I didn't know it, but the giant robots I loved had quite a history, even by the late 70s, and they have gone on to become an even more significant part of popular culture since. Bleeding Cool has a brief history of giant robots, showing how these early years fit into the overall development of the genre.

My first giant robot was Great Mazinger, a beautifully designed machine with a glowing sword, and fists that fire missiles. I got it as a present that magical Christmas between Star Wars being released in America, in 1977, and arriving in the UK, in 1978. Because of Star Wars, space toys were hitting the stores in a deluge, including Mattel's Shogun Warriors, the range that included Mazinger. 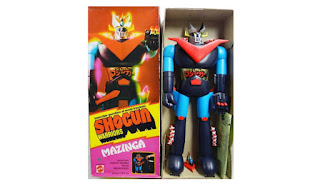 My Mazinger was an enormous 24-inch plastic model, an action figure so robust that, minus a few wheels, stickers and missiles, it is still in good shape today. Mazinger was my first crush, though I have gone on to love many more giant robots since then. I like to say giant robot, but many people prefer to call them mecha, which is defined as robots or machines controlled by people that vary greatly in size and shape, but are distinguished from vehicles by their humanoid or biomorphic appearance.


Mecha have arms and legs, while other types of sci-fi vehicle have wheels, treads, or wings. Mecha are usually vehicles, controlled from an onboard cockpit by a single pilot or small crew. The typical Western-style mecha is a walking tank, favoring heavy armor over nimbleness. TVTropes.org talks about mecha, and makes some interesting points about the sort of mecha I like:

...these fall into the awesome, but impractical category. Pretty much the only reasonable justification is the ability of legs to more easily handle rough terrain, but even that's pretty flimsy.

If there is no logical reason to imagine giant robots inhabiting our future, what can their appeal possibly be? To a lot of people, they are infinitely cooler than ordinary vehicles, and being told they are impractical will never dissuade them, but why?

To John Nasr at arteeast.org, they are father figures, something that I had never considered before researching this post, but which I can see is persuasive. His favorite is Grendizer, very much a household name in the Middle East, France, Quebec, and Italy, where it was aired under the title Goldrake, starting in 1978. He says:

The popularity of this Japanese animated science fiction series for boys is surprising, given that our culture as whole is usually not too attracted to science fiction. And yet we are very much attached to our metallic/celluloid surrogate father.

He thinks the appeal of Grendizer may have something to do with the fall of patriarchy in societies such as the Middle East, France, Quebec, and Italy. I come from somewhere else entirely, the north of the UK, so maybe that's why I just don't share this feeling that giant robots are father figures, at least not on a conscious level. For me, the love of mecha shares something with the fascination with giant monsters. I'm more inclined to agree with Jase Short when he says, on AnsibleOne that an interesting element in our fascination with giant monsters is that usually...

the same strength and vitality which unleashed the monster is employed to slay it, and so we have Kong shot off the Empire State Building by the most modern of weaponry (airplanes) and the Rhedosaurus killed with a radioactive isotope.

For him these films emerged from the general wave of atomic horror unleashed during the 1950s, and the threat of nuclear war between the United States and the Soviet Union. They are a response to the bewildering rise of new technologies that came with the post-war economic boom in the United States.

The vastness of the new world of massive architecture, global wars, and trans-oceanic trade is projected onto the image of a living giant, something more immediately approachable, understandable, and indeed killable than reality itself.

I agree up to a point, but I think our love of giant creatures is even deeper, more primal. The films Pacific Rim (2013), and Godzilla (2014) are about giant robots and giant monsters, respectively. They share a sense of threat and strangeness, as well as utter helplessness in the face of something more powerful than any mere human can ever hope to be. But they are different movies. Pacific Rim is about how humanity creates metal monsters of their own to fight organic monsters, and the robots of Pacific Rim have something else, something extra, that the monsters do not have. They are about more than a simple embodiment of a father figure, or forces beyond our control.

They are giant robots, and as such they have some of the characteristics of engineering, and even architecture, even if they are taken to monstrous extremes. As  the people at Wired.com detail in an interesting article: the effects of architecture on our psychology is complex. The article talks about some research done by Joan Meyers-Levy, at the Carlson School of Management that examines the relationship between ceiling height and thinking style. She demonstrates that people in high-ceilinged rooms excel at thinking about freedom, specifically such concepts as "liberated" and "unlimited." Something about the tall environment primes us to feel free. Lofty engineering and architecture leads people to engage in more abstract styles of thinking, to rise above everyday concerns. 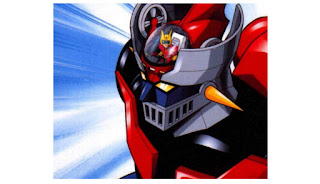 I think, for me at last, this is the true ingredient that makes giant robots special. Of course, they are futuristic, they embody forces bigger than us, they are powerful, but most of all they have a cockpit, high above the ground. We can ride in the cockpit of a giant robot, riding it like a wave, and when we are the pilot of a giant robot, even when it is only in our imagination, it makes us feel free.

To end, just a reminder that the best way to support this blog is to buy one of my books. Simply go over to Amazon or Kobo and get one.
Labels: giant robot