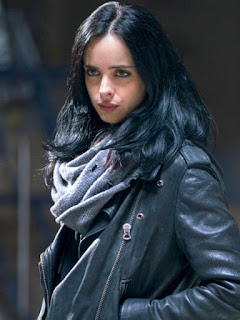 Supergirl is a TV show that premiered in October 2015 on CBS, then moved to The CW. It stars Melissa Benoist as Kara Zor-El, a Kryptonian who escaped from her dying planet as a teen. Twelve years after coming to Earth, Kara decides to use her powers to become Supergirl, while retaining her adorkable secret identity. 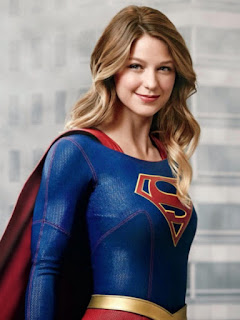 Marvel's Jessica Jones is a television series set in the Marvel Cinematic Universe that came out in November 2015. Jessica Jones is a former superhero who now operates her own detective agency. The show has a noir tone and depicts heavy topics, including alcoholism and post-traumatic stress disorder. 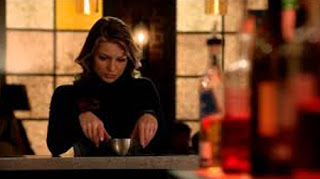 There are, surprisingly, a great many similarities between Jessica Jones and Supergirl. The two shows started at around the same time, and both Jessica and Supergirl are haunted by the death of their parents. There is even an episode of Supergirl where she becomes a bad ass. It happens in season one, episode 16, where Supergirl is exposed to red Kryptonite, changing her personality. She ends up sitting in the corner of a bar and drinking, which gives us a look at what Supergirl might have been if she were more like Jessica Jones.

The dialogue on Supergirl is a constant delight. Every week it is chock full of gags that feel natural and get you laughing and smiling, but that goes for Jessica Jones, too. In one exchange Jessica is told that she is coming across as paranoid. Jessica answers by saying that, “Everyone keeps saying that, it’s like a conspiracy.”


Both shows are full of sci-fi elements, though Supergirl is out ahead with this. Supergirl is crammed with sci-fi, from overarching themes, through the detail of stage setting, to a lot of the actual gadgets of science fiction. For example, it has an awfully large amount of aliens. Aliens on the show  include Kryptonians (Supergirl and her cousin Superman are these), shapeshifters from Mars, strong and warlike Daxamites, a cybernetic species called the Coluans, evil and telepathic Dominators, and insect-like Hellgrammites. As well as aliens there are also robots on Supergirl, such as Red Tornado, and a surprising number of spaceships. There is even a Stargate-type portal, and a secret government force that has access to a lot of gadgets and technology that is very much science fiction.

In Jessica Jones there are super drugs that make people into strong, robust fighters, but the drugs are toxic and addictive. There are experiments, done in secret, dirty labs, where the sci-fi is infused with a jolt of body horror. The sci-fi is more low key than in Supergirl, and it is of a different type, but it is there. 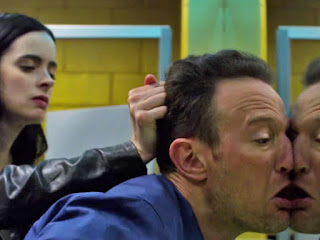 So with so many similarities, why do the two shows “feel” so different? It might seem that there is a difference between the shows because Supergirl wears a costume, but Jessica does, too, in a way. She always wears the exact same outfit, including leather jacket, jeans, and boots. She spends even more time dressed like this than Supergirl spends in costume on her show. There are more subtle ways Jessica Jones is given a superhero identity, too. Jessica Jones was surrounded by cool blues when she was on the Defenders, to differentiate her from; Luke Cage, bathed in warm yellow light; Daredevil, accompanied by splashes of red; and Iron Fist, lit in sickly greens.

The real difference between the shows is tone. Supergirl is unfashionably optimistic, a genuinely fun adventure about the merits of achieving your potential. Supergirl is about the important, but often challenging task of connecting with others. Supergirl has always been great at finding a way into the hearts and minds of criminals in order to take them down with talking and emotion before resorting to using her fists or powers.

Jessica Jones is a fiercely defiant, leather-clad pugilist with a drinking problem. She is the personification of world weariness and a jaded distrust of people in general. Supergirl’s positive attitude may be almost impossible for us mere mortals to achieve, but Jessica’s door demeanor is, thankfully, also at the extremes of human emotion.

Both shows, despite their huge differences, are hugely enjoyable and feature a unique superhero to have the adventures we can’t. We may not want to be either of these two titans, but it sure is fun watching them touching hearts and kicking ass, respectively.

To end, just a reminder that the best way to support this blog is to buy one of my books. Simply go over to Amazon, or Kobo and get one.
Labels: DC Comics Supergirl Vs match