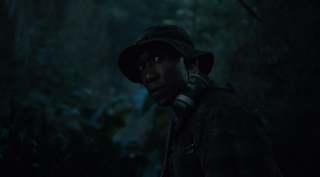 If you are looking for a tightly plotted crime thriller, then you have come to the wrong place with True Detective. This is not a self-contained detective story, divided into eight installments, and that is most definitely the point. In this show the crimes being investigated are only ever a backdrop to something else, and that has been true of all three seasons so far.

In True Detective’s first season there was huge thematic ambition, revolving around religion and philosophy, and a bunch of other stuff. True Detective’s second season was much mote tightly focused on being about an immensely tangled web of corruption at every government level, with cover-ups on cover-ups. Season three is, like season two, quite tightly focused, this time on something more metaphysical than police corruption, without going as far as the full-on spiritualism and paganism of the first season.


True Detective 3 is about time, and this nebulous concept is as firmly baked into the show as any other of the other, more concrete, themes, maybe more so. As with both previous installments, the crime that the two detectives are investigating is absolutely secondary to these other themes. Along with time, the show also touches on things such as friendship, memory, love, and PTSD. The characters talk about these serious subjects all through the show, even when they are talking about something else… in fact, especially when they are talking about something else. 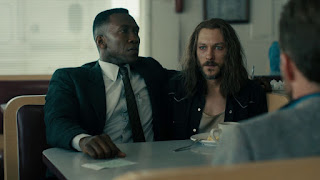 The three shows are thematically linked to such an extent that many fans and much of the conversation around the third installment has been about whether there is something that will concretely tie them all together. People are looking for something meta, something next-level, that the show makes you feel must be going on. The show rewards this reading with flashes of the paganism of season one, hints of the government cover-ups of season two, and even a Matthew McConaughey cameo, but without actually providing a pay off. At last not yet, not in this story. This season, as I said, is about something even deeper, it is about time itself and how we humans can maybe experience time most intensely while being distracted by something else, something we assume is much more important than the simple fact that time is passing.

To my eyes, this is made very explicit in the visuals of the show, as we see characters inhabiting the same space – a room in the family home, a favorite bar – as past and future versions of themselves, over and over. We are shown that time has a hidden, connecting dimension we don't usually experience, a dimension that allows past, present, and future to be happening all at once. Humans are therefore revealed to be higher dimensional beings, inhabiting this fractured time, and the younger body or older body you see is just an aspect of this greater, higher being. It's all very trippy, and hugely inspired by the end scenes of 2001, and I loved it. 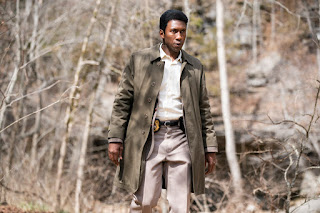 Warning: Spoilers Follow
Oscar winner Mahershala Ali is obviously deeply engaged with his character, Wayne Hays, and his acting craft, as he tackles the role. It is a pleasure to watch him skip from young to old and back again, and it is in such subtle things that the enjoyment is to be found in this show. We may all be used used to shows providing more immediate elements to catch our attention, such as a dead girl, or two, at the start of the season, followed by cathartic comeuppance to a demonic serial killer at the end, but this just does not happen in True Detective. Wayne Hays, in fact, ends the season finding Julie Purcell alive, with no series killer for extra judicial justice to be visited on. Instead we find out her own mother sold the girl to a grieving heiress. It’s anticlimactic in a way that the characters in the show have to come to terms with.

The show then ends with the camera zooming in on Hays’ eye, as he thinks about falling in love in 1980 with Amelia, before then retreating even further back in time, to Vietnam, where we see him plunge into the jungle. Many see this as representing his final descent into the oblivion of Alzheimer's, but in my opinion he is simply returning to the start of the loop, about to live through all the events of the show again.

Lastly, just a reminder that the best way to support this blog is to buy one of my books. Simply go over to Amazon, or Kobo and get one.
Labels: TV