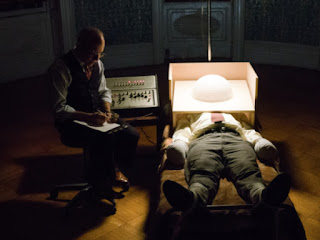 I heard about an interesting story recently, a tale called Wormwood that is connected to the strange goings on around MKUltra. I wanted to see it, but first I had to decide whether I wanted to watch Wormwood as a movie or as a six-part Netflix series. With a lot of time to kill, and not many other competing new shows, I decided to go with the longer format. I’m glad I did because this sort of story is the kind of thing I find fascinating, and the more detail I get, the better. 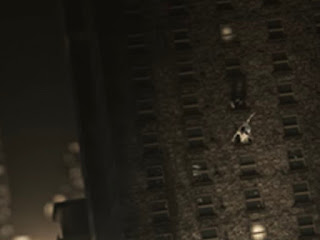 Wormwood is more than just information, however, it is an experience. The first episode starts with two guys in 50s clothes in a hotel room. They are watching some TV, then they go to sleep in separate, single beds. This is room 1018A. Then one of the men, a scientist called Doctor Olson, throws himself out of the window, accompanied by the sound of a 50s crooner. This is the pivotal moment that the show will keep coming back to, reenacted beautifully and atmospherically. It anchors the show, and also makes the start very similar to the opening credits of Mad Men. 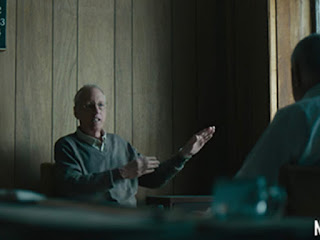 From the reconstruction, we then we slip into a modern-day interview, then to a montage of home movies of the interviewee’s childhood. It is very brooding and atmospheric, and I would probably have watched this show for the visuals alone. The space the interview takes place in is spooky, lit only from the pale illumination coming in through a window on an early winter morning. It is a dark, claustrophobic space and we slip easily from this theatrical setup into reconstructions, which are then overlaid by archive footage and other images.


It turns out that the guy being interviewed is the son of Doctor Olson, the man who fell, jumped, or was thrown from the window of room 1018A. A TV report from the 1970s is shown on a model of portable TV from the same era. The CIA were already implicated in what went on in that hotel room, even then. The CIA involvement came out because of Watergate. Doctor Olson’s family are involved in breaking their story, in a press conference from their home, near Fort Dietrich. The footage of that 70s press conference is beautiful, even though it is the family blowing the lid off of a CIA atrocity, as they term it at the very same press conference. 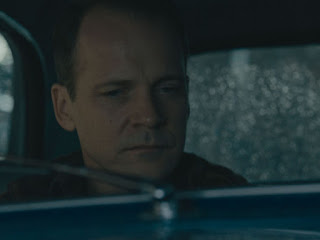 And then we go back, back to the 50s, but as a reconstruction instead of archive footage. As at the start of the episode, Doctor Olson is played by Peter Sarsgaard. It is riveting, even though not much is happening and not much information is being shared. You don't even know where this reconstruction fits in the timeline. What it does do is set a mood, with the suburban setting juxtaposed with a hangdog Doctor Olson listening on his car radio to a radio broadcast full of the paranoia of the age.

Doctor Olson then meets up with a group of men and they all go into a big, weird lakeside house, that almost looks like a wooden bunker. But before we find out what is going on, we see home movies of Doctor Olson riding a bike with his son. The show is a portrait of a family, the person the family loses, and the surroundings, both the immediate location and society at large. Even whether a Martini is gin or vodka is not considered too insignificant as Doctor Olson’s son talks about his mother's slide into alcoholism. There is no obvious logic to the order in which the information is presented, and no hint of how significant or insignificant each detail will prove to be.

For example, explaining the hangdog mood of Doctor Olson, an anecdote is told of how his wife knew his experiments had gone well that day from the look on her husband’s face. Successful experiments meant all his monkeys had died, and he hated to see the monkeys die. Little snippets of insight like this are where a long exploration over six episodes really scores.

Then we go back to the men in the wooden bunker, a hunting lodge, who are discussing MKUltra. Doctor Olson thinks it is all pseudoscience, and he is dismissive, even as some kind of drug is slipped into his drink. It turns out that the meeting is to test a truth serum on the group of men. Doctor Olson calls them jokers and thespians, as the visuals and sound become more distorted. It is an extremely creepy scene, and to think that Olson went through this for real gives you the shivers.

Soon after the press conference, the family go to the White House, and this is seen only via a series of black and white photographs. It makes the meeting seem unreal, and the sentiments behind the meeting were. It was intended mostly to get the family to drop their law suit and allow secrets to be kept. 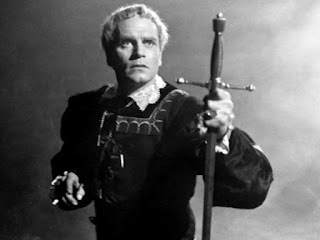 Doctor Olson’s son talks about how the battle for the truth about his father's death is like Hamlet, and so we get a scene of Laurence Olivier in the fog. Then the visuals from the group at the hunting lodge continue to get more distorted and trippy, while at the same time the colors remain muted, beautiful, and mundane. As a work of filmmaking it is wonderful, while as a documentary it is oblique. It is more interested in mood, initially presenting this story of CIA drugs testing as true, before later undermining it in the following shows. 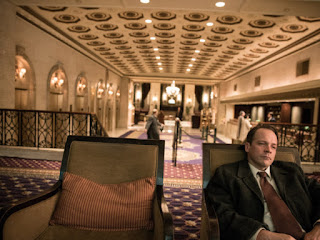 The first episode is intended to set a scene, and this is gradually undermined and thrown into question more and more by each subsequent episode. But, along with the mystery of what happened in the hotel room, we also get to see the effects that had, decades later, on almost everyone involved. The family dynamics are fascinating, and they are examined unflinchingly. We see a reconstruction of a conversation between Olson and his wife, and it is as raw and sparse as anything from any drama. But there is humor, too. One of the last things the family did together was go and see a biopic of Martin Luther, a man of principle who refuses to recant, and the mother says that they might have made a bad choice of movie. Wormwood is a fascinating and moody piece of work, and it rewards being watched over the longer format of six episodes on Netflix.