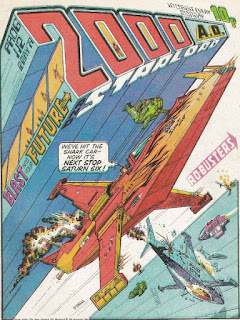 As soon as the hall of fame has been created, this cover should be one of the early inductees, because it is an absolute peach. It is drawn by O’Neil and shows a scene from the Ro-Busters strip inside the comic book. It is a lovely image of a future vehicle that is a mix between a monorail and an automobile that travels in underground transport tubes. 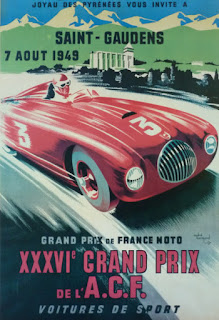 O’Neil has incorporated the comic book’s title into the image and uses blocks of color to create a picture that is reminiscent of an Art Deco poster. It gives it a look of speed and danger while also giving it a classic feel. It also has O’Neil’s signature insane amount of detail. Every access panel and all the other greebles on all the vehicles on the cover are lovingly rendered with no fudging.


The first story inside the comic is not Ro-Busters, however, we will have to wait for the very end to see what is happening in that strip. Instead, the first strip is 2000 AD’s most popular, Judge Dredd. It is drawn by Ron Smith again, an artist who is growing on me much more now that I am - theoretically at least - an adult. The first time I read this comic book, way back in May 1979, I didn’t appreciate Ron Smith at all, finding his work sorely wanting in comparison to O’Neil, McMahon, Ezquerra and Redondo, the stars of 2000 AD. Now that I know he wanted to draw superhero stories, his art makes a lot more sense. The art for Judge Dredd in this issue is easily as good as the art that was coming out of Marvel and DC at the time, though it has a flavor of its own. 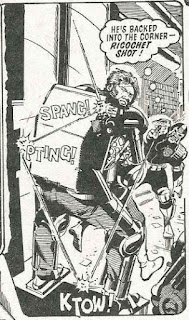 Dredd uses ricochet bullets in one panel, and I remember not being impressed by this as a young reader. Bullets designed to ricochet can’t be a good idea in real life. But if you see Dredd stories like this one as simple superhero strips, it makes a whole lot more sense, and is entertaining enough.

Next comes Robo-Hunter, and it is not good. It is far from good. In my last post I talked about the implicit sexism of 2000 AD because of it not having a single story with a major female character. In this issue, this strip goes way beyond that type of sexism. In this episode, the hero gets sex as a reward at the ending of a long-running story. Three women, drawn in typical cheesecake fashion, drive away with him, and he calls one of them toots.

As Psychology Today says, it is sexist when a man: ... calls you babe, sweetie, toots, or other pet names on a first date. Pet names should reflect feelings of love or affection and as such, they should be earned. If he’s doling out pet names after knowing you for all of two hours, it more likely reflects feelings of superiority on his part.

I would call this kind of sexism an artifact of the 70s but movies like Kingsman are still peddling it.

If the sexism wasn’t bad enough, we get a horrible racial stereotype thrown into the mix, and this is far from unusual for the Robo-Hunter strip. I’m usually more interested in the art than in the story in a comic book but this story is so offensive I had to check who is responsible. It’s somebody called T. B. Grover. According to British Comics Wikia: T. B. Grover was a pseudonym used by the writing team of John Wagner and Alan Grant, used mainly on early Judge Dredd stories. It appears to have been dropped after the story Attack of the 50ft Woman in 2000 AD prog 492.

These are the two main writers of the comic book working together, not some horrible individual who wasn’t representative of the comic, as I had been hoping. Oh dear. 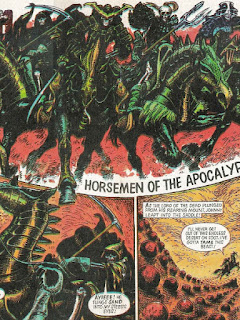 After this rubbish, we get the four horsemen of the apocalypse drawn by Ezquerra, which is a treat. The story is great, too, even though I notice it is written by the same T.B.Grover team. Dan Dare comes next, and he tries out his new toy, Eternicus, a metal glove that allows him to project energy blasts. 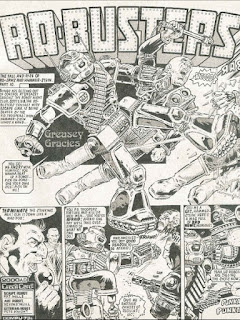 Next, at last, comes Ro-Busters, and it is drawn by O’Neil, the same artist behind the amazing cover of this issue. I should quickly mention that, as much as I sing the praises of O’Neil, he does have problems putting his characters in dynamic poses. The story features a bar room brawl between robots and military police, and the very first panel, almost a full half page, shows a war droid taking out two of these police officers. Unfortunately, even though it is beautiful and super detailed, it looks like the robot is falling over rather than kicking and punching.

After the brawl we get a futuristic car chase that is great. This chase features a concept that is dystopian and futuristic, and links three of the comic’s long-running strips together. Just two issues ago we saw ordinary road traffic in a future world not too dissimilar to the one we live in today, but this episode has traffic routed into transport tubes below the ground. These will later grow into the huge network of tunnels that we see in Nemesis the Warlock as honeycombing the Earth. The world of Ro-Busters is swiftly evolving to be able to tell these more imaginative future stories. 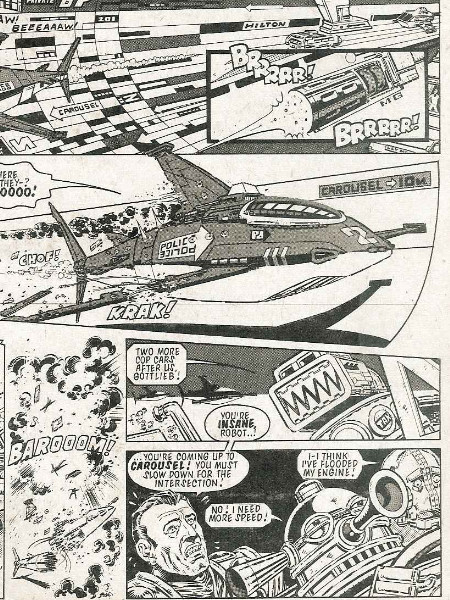 The chase is action packed, with police cars that look like robotic sharks. There is also a lot of humor in the strip and this panel made me snort out a laugh. The way the robot on the right says: “I think I flooded my engine,” is priceless.