Monetizing this Blog of Mine 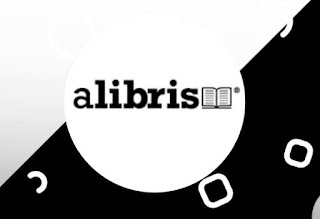 Today, as often, my thoughts turned to monetizing this blog of mine. I know that the age of the blogger is long past, and these days the only way to make money on the internet is to be an influencer on Instagram, but I enjoy blogging and it would be great to make money from it. Right now, all my money comes from selling the books I write, and a tiny trickle of other stuff from merch, and the blog itself hasn’t been monetized much with ads, yet.

I’ve tried Google’s Adsense, but it is difficult to make money. Even a popular blog can take half a year to reach the minimum pay out threshold. I have also experimented with being an affiliate marketer for Amazon, and making money from the books I recommend on my site, but again, the money I make could best be described as a derisory trickle.

Then today, I had the idea that there might be some kind of affiliate advertising program that is more specific to the sort of sci-fi mood of this blog. So I typed “sci-fi affiliates” into Google, and there were results. The first was scififantasyreaders.com, where you can become an affiliate, sell authors’ books, and they say you make more money than the authors. I had to tell them the URL of my blog, and I had to write why I would make a good affiliate seller. Wondering if I would ever hear from them again, I moved on to the next result.

The next Google result was for the program run by ebooks.com. Their scheme sounds very easy, but they don’t run the program themselves. Commission Junction runs it for them. I had to sign up to the program and then also go to Commission Junction's site to create an account. I was quite happy, going through the sign up, until they asked me how many visitors my site gets per month. They measure this in the hundreds of thousands, Yeesh – I’m lucky if I get close to one single thousand in a month. Usually I don’t. But I continued the sign up anyway.

The next sci-fi affiliate suggested by my Google search was a site called RiffTrax. The idea of RiffTrax.com is providing feature-length commentaries by Mike and the other stars of MST3K, as well as celebrity guests as well. Unfortunately, their affiliate scheme looks to be efunct, which is a shame, because their product sounds fun. 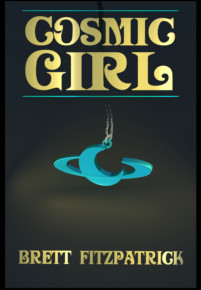 When I clicked to sign up, I was surprised to see that the program was run by Rakuten, the people behind Kobo. Next on the list of options found by Google was the Alibris Affiliate Program.

You also sign up with the Alibris affiliate program via the Rakuten site, which is called LinkShare, which I was already part of because I signed up with them when I was trying to get RiffTrax ads, yay! Alibris approved the blog as an affiliate within a couple of days, and provided code to copy and paste onto the blog. I've added the very first one below. Take a look, assuming your add blocker is disabled.