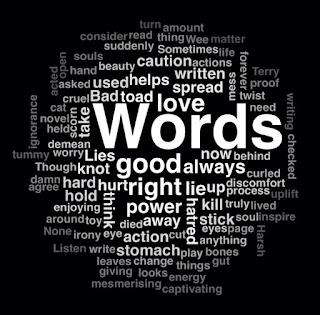 Like most writers, I struggle to find time to write. I won't bore you with all the stuff that I do instead of writing, but you can probably imagine that it involves a lot of knuckling down at my day job and binge watching sci-fi TV shows. But there are also author tasks that are not writing. I design my own covers for example, and another task authors are expected to do these days is self-promotion, which involves creating an author platform, which means an audience, assuming I’m understanding the jargon correctly. I am trying to build my own author platform right now.


This author platform is often to be found on discussion boards, forums, sites like Goodreads, and social media channels. Those who know these things say that your author platform isn't just a website or blog. It’s also your presence all across the web.


Taking this advice to heart, I am attempting to connect with my author platform through platforms like Pinterest and Twitter, and by blogging. This all takes a lot of time and effort. A single blog post, for example, is a large undertaking nowadays. I read recently that the average content length for page results is now around 1,900 words. I can believe it, too. I've started to notice long, meandering intros on recently written web pages, forcing you to read through reams of verbiage before you get to the meat of the article. This new average length is a lot more than the 200 to 500 word blog posts that webmasters used to think was ideal.

I used to write just 250 words per post, and I still think I used to get a good page rank. Even in 2016, a post with a word count of 300 words could still attract Google's notice, but already posts over 1,000 words had a much higher chance of ranking well. Now that there is an even stronger bias toward longer, more comprehensive content.

With so much writing required, just to get noticed by search engines, I have sometimes even considered putting my blog on the back burner. I wonder sometimes if the time spent creating mammoth posts for my blog might be better spent actually writing my next book.

I only hesitate because I see my blog as the cornerstone of my author-platform-building effort. It seems more powerful to me to be making my own content for my own blog, rather than writing tweets and pins for social media sites. So I stick with the blog.

My first idea was to write my manuscript in blog-post-sized pieces and publish them regularly on the site. Theoretically, this was to build a fan base of readers eager to purchase the book, once complete. I didn't publish whole chapters as one post. Instead I decided to publish each chapter as many post-sized bits. The problem was that random people brought to my blog by Google were not interested in these bite size chunks of sci-fi novel.

I thought that perhaps this was because the stories, after being chopped down to the size of a blog post, ended up too episodic without a start or finish. I tried to fix this by always ending on a cliffhanger, like an old-time TV series, but these posts were still far from popular. Even the short stories, I have written, which are small enough to have a start and finish in the same post are less popular than other more ordinary articles on the site. People prefer to read my reviews of sci-fi movies, TV shows, comic books and the like, than a small chunk of fiction.

Okay, realizing that, I thought maybe the ordinary articles could form the basis of a book. I could collect them all together, write an intro and publish that, but that's not a great plan either. I could easily cobble together a book on sci-fi based on the reviews and articles on the site but people aren't hugely interested in books that are collections of articles, they are even less popular than poetry anthologies.

It seems I can't publish the stuff on my blog as a book any more than I can write a novel on my blog and expect that to build a platform. It's a shame because I try to make sure my posts are between 500 and 1000 words long (I'm serious about believing that Google likes longer posts) and that means I can sometimes write 10,000 words in a week, and none of it gets published except on my blog.

I guess I'll just have to keep reviewing sci-fi on my blog, along with reminiscing about old comic books, and sharing my experiences of self-publishing, while simultaneously trying to find time for writing novels, and doing all the other day-job-type stuff necessary to pay the rent.

To end, just a reminder that the best way to support this blog is to buy one of my books. Simply go over to Amazon, or Kobo and get one.
Labels: blogging Novel promotion self-publishing SEO writing advice