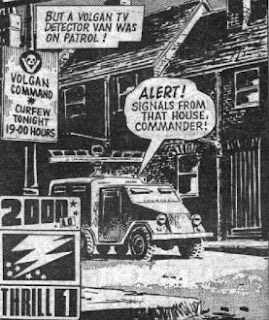 This issue has a very interesting cover. It is very, very rough, almost like a mock up or a sketch of what the finished cover might look like. This isn’t helped by he fact that the comic is printed on inexpensive newsprint-type paper in smeary ink, making the thing loom like a fanzine or an underground publication. 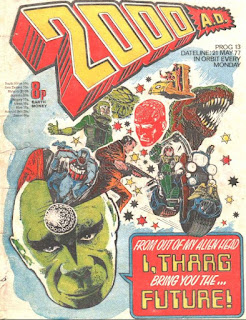 Despite its lack of polish, I very much like it. It has a roughness about it that is very redolent of the time and place it was created, which was 21 May 1977. I write a lot about 2000 AD, reading it was a very formative experience for me, and I still read it today. I have a 2000 AD page where I link to all the issues I have talked about on this site. 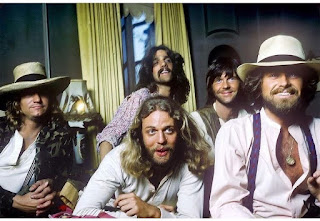 Before we look inside issue 13, here's just a quick aside to say that back in 1977 people were listening to Hotel California by The Eagles. It's a song where the band sought to capture the excesses and self-destructive behavior that had become status quo in the rock world. They were writing from personal experience. Black Sabbath bassist Geezer Butler recalled venturing into a studio recently vacated by the Eagles: “Before we could start recording we had to scrape all the cocaine out of the mixing board. I think they’d left about a pound of cocaine in the board.” The song was an instant success and was at the top of the Billboard Hot 100 chart for 19 weeks, selling over 16 million copies in the United States alone. So, put on Hotel California while reading this issue of 2000 AD for that truly authentic 1970s feel. Okay, let's take a look. 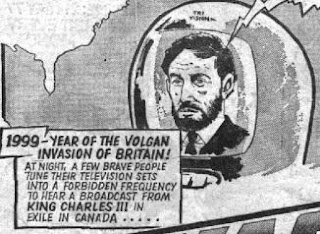 The first story is Invasion, and it contains another icon of 1970s British life, the TV detector van. These were used by the British government to enforce the license fee every TV owner had to pay to support the non-commercial BBC stations. Here they are used by the Volgan invaders to find people using TVs to tune into King Charles III. 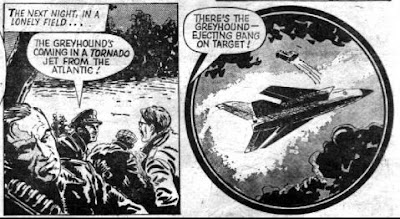 A Tornado is also seen in the strip, and I was very surprised to see it. I didn't know they had Tornadoes in the 1977 skies. I checked Wikipedia, and they had flown but were not yet operational, so that’s a nice futuristic touch for this strip. 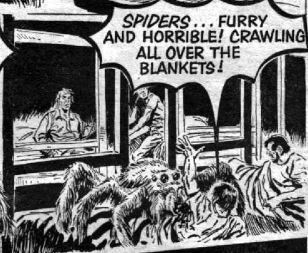 As a change of pace from dinosaurs, Flesh this week has marauding spiders as the creatures chomping on humans, and they do a great job of it. Harlem Heroes and Dan Dare are next up and they are both quite dull this issue, but M.A.C.H 1 makes up for it. 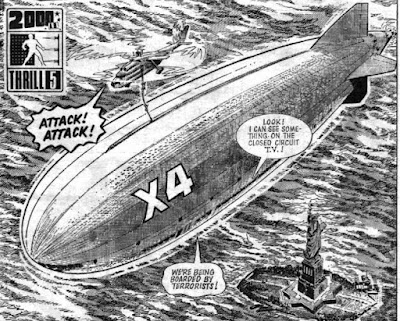 The story starts with an establishing shot of a nuclear powered airship and a text box confidently predicting disaster. Now that's how to set up an episode of comic-book action. Also, the artist is Redondo, who is a genius, especially at drawing wonderful 1970s fashion. I suppose it helps that these strips were actually published in the 1970s, so to Redondo this wasn’t 1970s fashion, it was was just... fashion. 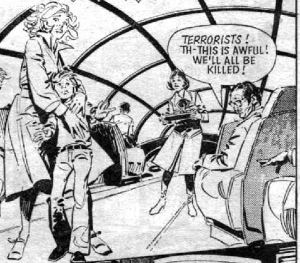 There are flared trousers, polka dot kipper ties and big raincoats everywhere. It’s glorious. Soon enough the predicted disaster strikes when Black January terrorists attack the airship. Luckily, M.A.C.H 1 is there to karate chop his way to victory against them. 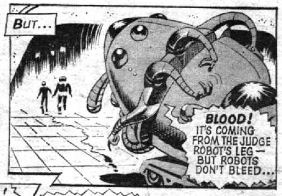 Next comes Judge Dredd, who meets Walter his future servant robot in this episode of his strip. Dredd is drawn by the artist Ron Turner here. He wasn't a popular choice, and I have to agree that I don't think he’s a good fit for the character. He soon moved to the re-launched version of IPC's formerly violent comic Action, drawing The Spinball Slaves before returning years later to 2000 AD to work on a revival of Rick Random. Despite Ron Turner not being a great fit, this is an interesting Judge Dredd story about the ongoing robot revolution, and Turner does draw nice, retro-futurist vehicles. This strip may also contain the first image of a 2000 AD robot drinking oil. It will not be the last.