The Empire Strikes Back vs The Last Jedi

The three movies of the sequel trilogy have all been based very squarely on the story beats of their equivalents from the original trilogy, which makes it very tempting to compare them. I am going to do just that for all six movies, and I want to start with juxtaposing The Empire Strikes Back against The Last Jedi. 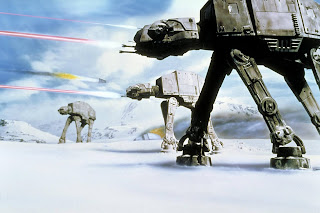 
Not all Star Wars are universally loved. The prequels are widely considered to be bad, but they do have some defenders. Even The Rise of Skywalker, which is already being seen by critics as having comprehensively screwed the pooch, is considered to be an entertaining romp by a large number of fans. It is only The Last Jedi that evenly divides people into two camps: lovers and haters. This makes it fascinating to compare it to The Empire Strikes Back, its beloved template. 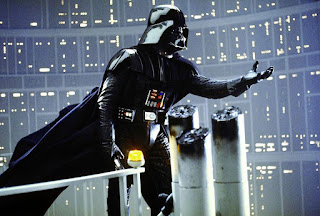 For a movie made 40 years ago, Empire holds up very well in most respects. But before we even start looking at it in detail, there is one thing about it that has to be mentioned, more than mentioned in fact. I would go so far as to say this movie, in a modern media environment, needs a trigger warning.
The reason people need to be warned before seeing Empire is something that has nagged at me for years, since the first time I saw it as a child, and that is how problematic Han Solo is.

Back then I thought the bad vibes I was getting from Han were maybe just something in my head, after all I connected more with Luke, and saw the world of Star Wars through his eyes. I reasoned that, like there are cat people and dog people, there were probably Han people and Luke people. I imagined it was probably natural for other people to feel the same about Han as I thought about Luke. But now I think back and realize there was more to my negative feelings about Han than that. This negative impression is something I only now, later in life, and after learning a little about female empowerment, can put into words.
And those words are: Han is Toxic.
Back in 1980, before you even got into the cinema, the poster told you, front and center, that the focus of the movie was a romance. The middle of the Empire poster is Han and Leia’s first kiss, and it is presented as an iconic and romantic moment.
It may be iconic but that kiss on the poster is not a romantic moment. It is a kiss she tells him she doesn't want, and it is the culmination of almost half a movie's worth of toxic behavior directed at Leia by Han. For example, there’s a moment before that where Han and Leia are both in the cockpit of the Falcon and Leia is thrown by turbulence into Han's arms. Leia tells him to let go, but he ignores and shushes her while he tries to figure out what's happening to the Falcon. It's contrived, but not yet harassment, unfortunately the interaction does not end there. Leia is forced a second time to tell Han to let her go. Han takes his time about it and makes an inappropriate remark. He tells her not to get excited, and apologizes for not having time for "anything else".
It is soon after that he goes in for the kill, determined to get a kiss. This happens when Leia is focused on her work, fixing the Millennium Falcon, and Han appears, cornering her. He holds her hands and forces a kiss on her, straight-up ignoring her when she tells him to stop. It's an example of a nasty trope where one character persists in courtship until the other character’s resistance is worn down. This trope is so bad that it verges on rape culture. It implies that ‘no’ means ‘try harder,’ and that romance is a contest to be won. Here Leia is the prize in a contest between Han and Luke, and Han is winning.
Both these encounters happen after several preludes where Han is publicly over-familiar and overbearing in his behavior towards Leia. He is constantly physically intimidating to her, establishing a pattern of inappropriate behavior that escalates until the forced kiss. Empire Strikes Back is not defined by this distasteful love interest subplot, unlike the poster would have you believe, but it does leave a bad taste in the mouth of a modern viewer, certainly post #MeToo. 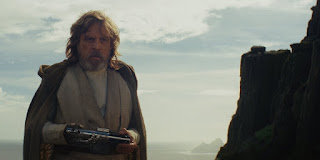 With that caveat in mind, if you have decided to ignore Han's cave-man antics and continue watching, the usual take on Empire is that after the space opera cheerfulness of the original film, it explores darkness and despair. But I think this is a misreading, what actually happens is Luke becomes a better Jedi, the Rebellion builds a bigger fleet, and the Empire fails to nip the growth of their enemy in the bud. The only downer is that Han gets captured, and you won't be surprised to find out that I'm okay with that. Plus, who was in any doubt that Han would be instantly rescued at the start of the next film? For me, this movie is upbeat, and absolutely left me wanting more. It is also extremely beautiful. 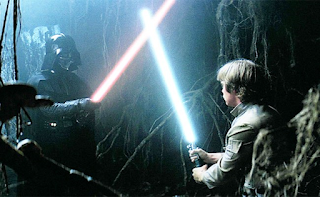 The film was made back in the late 70s for release in 1980, but no corners were cut in the film's budget. It has visuals that were cutting edge for the time and still hold up now. It is an extravaganza from beginning to end, and the fact that it uses old-style practical effects, like matte painting and models, actually helps. Those techniques were tried and tested at that point, and they hold up much better than the primitive early CGI that would replace them in later movies. Empire is the pinnacle of an analogue look that, even today, CGI cannot quite replicate. The lumbering, elephantine Imperial Walkers are a Harryhausen, stop motion delight, and the puppeteering is incredible. Yoda's facial expressions may be a little less convincing than a human actor's, but he is still capable of conveying subtle emotion. Frank Oz and Lucas were not content to make Yoda realistic, they wanted to make him a good actor, as well. Like Empire, The Last Jedi is also a visual treat, though that is almost taken for granted now. So the real question is how do the stories compare. 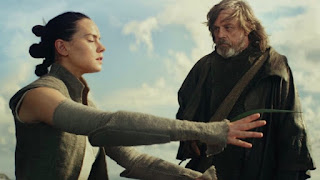 The story beats of the movies are:

1- In Empire, Vader now commands the Empire's forces, while in Last Jedi it is Kylo Ren who has cemented his power in a similar way.

2- The Empire wins a battle against the rebels at a secret ice base in the original. In Empire this battle is a small setback at the start of the movie, where the rebels are forced to retreat, pretty much intact, to regroup and rebuild. This part of the story is very different in Last Jedi. In the sequel version of the battle, the ice is salt and the fighting comes at the end of the movie, when the rebels' backs are against the wall. There is no escape for them. They are outnumbered, outgunned, decimated, and Luke Skywalker is killed. To all intents and purposes the rebellion is snuffed out, and only the sparks needed to rekindle it remain. Amusingly, even the AT-AT walkers are redesigned, with stronger legs to prevent the rebels repeating the maneuver used in Empire where speeders tangled their legs with cables and brought them down.

4- Princess Leia, Han Solo, Chewbacca, and C-3PO go to Cloud City, and discover that Lando has betrayed them. In Last Jedi it is Finn and Rose who go to Canto Bight and are betrayed by DJ, but they discover even more corruption and rot at the heart of their galaxy than that petty betrayal. They discover a world of arms dealing that supplies both sides and is profiting richly from the war.

5- Famously, in the original, Luke discovers Darth Vader is his father. In Last Jedi it is Rey who discovers something about her parentage. She is confronted by the fact that her parents were nobody.

6- At the end of Empire Leia and Han are separated, while in Last Jedi the opposite happens. Rey and Finn are brought back together. At this point the sequel trilogy was hinting very solidly to Rey and Finn being the central love interest of the trilogy, mimicking the role of Leia and Han in the original trilogy. 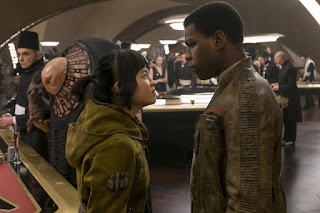 Looking at all those story beats, and the way Last Jedi reflects them, a pattern emerges where the framework of The Empire Strikes Back is being made darker in almost every way. Where Empire Strikes Back is a story of the Rebellion gaining ground, even at the expense of personal tragedy, Last Jedi is a story of the rebellion being badly beaten, even though Rey and Finn are reunited. Despite this difference in mood, both films are very similar, with Last Jedi unquestionably falling into the category of an homage, so why is Empire considered the best of Star Wars, while The Last Jedi is one of the most controversial films in years?

I think it's because, where for example The Force Awakens was an uncritical homage, Last Jedi is fresher and often takes things in new and interesting directions. Writer-director Rian Johnson took the audience's preconceived notions of what a Star Wars movie is and evolved them. 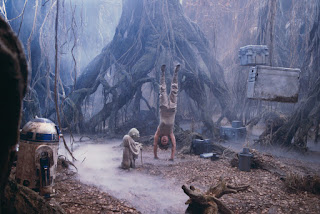 Rey's visit to the place that is strong with the dark side of the force - a hole in a rock - is incredibly powerful. It is almost surreal, like something from an avant-garde movie, but it builds directly on Luke's very similar experience on Dagobah. He goes into a hole in a tree that is strong with the dark side, where his parentage is revealed in a vision, just as Rey's is.

Similarly, Mark Hamill’s return as Luke Skywalker is a complex and moving performance, as he transitions from being a young Jedi, kicking ass and taking names, to the more hermit-like life of the Jedi master, training the next generation. Despite his retreat from the world, he still comes back to face the might of the enemy, alone, with just his laser sword. It is a magnificently clever use of Skywalker, and I loved it.

Carrie Fisher too is given a worthy farewell performance, where we finally see how powerful Leia's force powers are. It is Leia, after all, who was there at the start of the rebellion, and it is she who never wavered. If anyone is the true and central hero of the story of the rebellion, it is her.
By thoughtfully reinterpreting the spectacle and story beats of Empire, and building on them, Johnson has made the entire experience of watching The Last Jedi incredibly rewarding, and added a lot of interest to rewatches of Empire.

To end, just a reminder that the best way to support this blog is to buy one of my books. Simply go over to Amazon, or Kobo and get one.
Labels: sci-fi movie Star Wars