Doctor Who - Fugitive of the Judoon - great episode 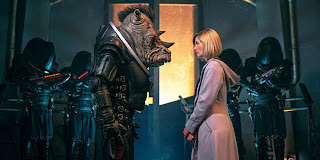 There are some huge spoilers in this episode of Docotr Who, and so I urge you to see it if you haven’t yet. There is some great new Doctor Who lore and you should find it out by watching the show rather than reading some random blog post. Okay, with this spoiler warning out of the way, let’s talk about the latest episode of Doctor Who.

Usually these posts of mine tend to be episode recaps, but I don’t think there would be much point in that this time. The reason is that there isn’t much story to recap. There is somebody who needs saving from the space police, though we don’t find out who they are for over half the episode, and we never find out why they are hiding, or who is looking for them. 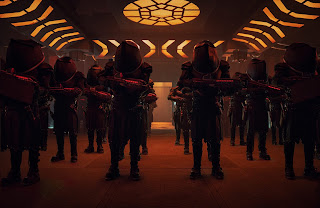 
Jo Martin plays a former (or maybe later) incarnation of the Time Lord in a very welcome development for this sci-fi series. I will add the slight caveat that it looks like this new version of the Doctor could come from some kind of alternate dimension, which leaves moot whether she really counts, but the fact still stands that for first time in the sci-fi drama’s history, some version of the character is being played by a black actor. 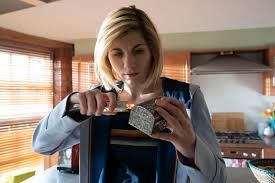 The episode was written by Vinay Patel, who has earned the right to do this pivotal episode in a fascinating story arc after writing episode six of season eleventh, Demons of the Punjab. It was highly praised by both fans and critics alike, and I enjoyed it a lot. It is great to see the show bringing back good writers and giving them important and interesting things to do.

Although. Like I said, this was an episode that didn’t have much in the way of a story at all. It was all Doctor Who lore, and I found it fascinating. Without some menace to deal with, there wasn’t the usual breathless running around that plagues most episodes, and the characters had time to breathe, talk and learn things about each other. And a lot of what they learned was cryptic hints about what is happening on Galifrey. 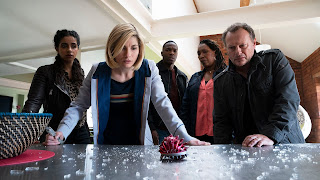 The show looked back at what has already happened in this season, while more firmly setting up what is to come. Most of the required exposition was provided by Captain Jack Harkness, who returns (after over a decade after he last appeared in the series) to warn the Doctor about the ‘Lone Cyberman’. Jack Harkness is an immortal Time Agent, and Ryan immediately decides he’s cheesy but okay. That seems a very good way to sum up this character. A little of him goes a long way, though I guess he will be back before the end of the season. Jack’s return is sure to make a splash with fans, with readers recently voting him the character they’d most like to see return.