Dracula - gets worse and worse 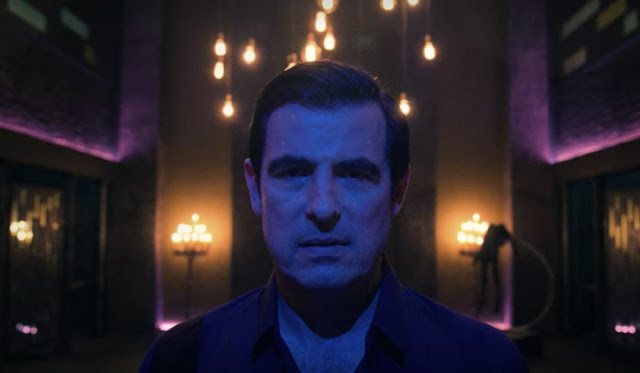 This version of Dracula starts well enough, and does seem to have had an interesting idea about what to do with Dracula as an IP. My guess is that the writers thought it was ripe for expanding and updating. Even before the credits, we meet an obviously dead and messed up Jonathan Harker. He is in a cell being interviewed by a nun called Sister Agatha. She insinuates that the Dracula book we all know does not tell the whole story, and she presses Harker to give her details that are not in the original book. He agrees to do so, confirming that there is an untold story, and he is willing to speak. It’s an interesting enough premise for a show, and I only wish the writers had had the discipline to stick to it. 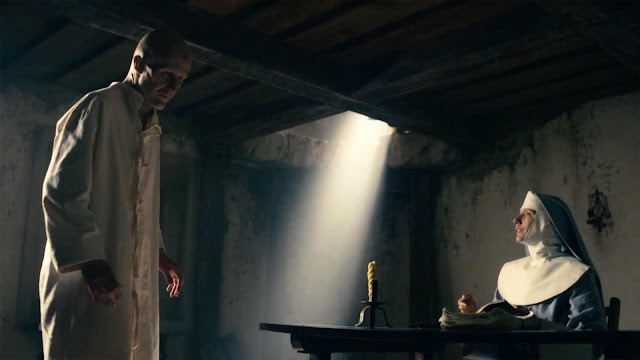 The opening credits then come, and the first signs that all is not going to be well with this show start to appear. The credit sequence looks professional, and the visuals are very obviously influenced by the credits of Star Trek: Discovery, but they are paced a little too swiftly for a show with such a weighty theme.

If, like us, you enjoy reading vampire novels and gothic horror, give Forever Young a try.

Forever Young is a modern take on a classic gothic novel, combining horror, death, and romance. It is firmly in the tradition of the most famous books of the genre but it is also something new. The book introduces us to Jasmine, a student of anthropology, newly arrived in Venice, and to Violetta, who is trapped in an ancient and violent world with no escape. After the two meet, Jasmine gradually awakes in Violetta the desire to escape.

The book is also available at Kobo and at Smashwords. For a limited time at Smashwords, use the code YN54L for 50% off Forever Young. 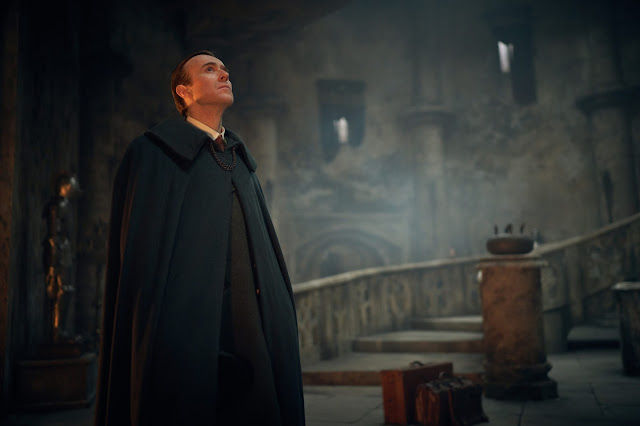 After the opening credits we flashback to see what happens to Harker that isn’t in the original book by Bram Stoker, and things start to look better again. The show works hard to establish a beautifully Gothic atmosphere, and largely succeeds. All the necessary ingredients are here, at least in the first episode, a dark and labyrinthine castle, terrified locals, bats, and a vampire that has to be invited in.

Then Dracula turns up, and things start to slowly fall apart again. Dracula’s accent is ridiculous, he is wearing not hugely convincing age makeup, and he immediately starts mansplaining in cryptic snatches of dialogue. Mixed in with this are lines that just make your eyes roll. Dracula says such obvious, stupid things as, “I don’t drink … wine”, and, “There’s no one … living here.” Almost immediately, we see Harker cutting his finger, and Dracula’s reaction, a strange hiss and a growl, is so over the top it is like a pantomime performance. Things do not get any better after that.

The thing is, the new Netflix version of Dracula should, in theory, be great TV. The writers start out really trying to revitalize the story, and throw in some humorous dialogue along the way. Here Dracula doesn’t discriminate between men and women when it comes to victims, for example. The problem is that the writers just aren’t able to convincingly bring these good ideas to the screen. For example, the modern take on Sister Agatha is that she has no time at all for God. “Like many women my age I am trapped in a loveless marriage, maintaining appearances for the sake of a roof over my head,” she says, with a smirk, and the writers are obviously very pleased with themselves for coming up with this idea, but it didn’t work for me. We should discover her ambivalent relationship to her religion rather than just have her explain it to us.

There are also some issues with the mood. For a horror story, the scares are few and far between. This is a show that wants to be about psychology and mood rather than frights, which is fine, but it keeps undermining itself with too much humor. There are other strange choices, too, such as having Sister Agatha interviewing Jonathan Harker across a table in a cell at the start of the first episode, as if this were a police procedural rather than gothic horror. This is a strange choice, but it is less surprising when you find out the writers are Mark Gatiss and Steven Moffat, of Sherlock fame. They are probably just more comfortable with crime stories than horror. 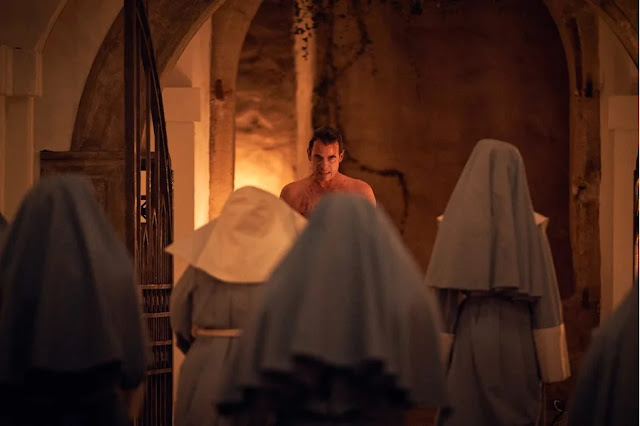 The first episode is most successful, taking place almost entirely in Transylvania, but it is still bad. There are such ill advised scenes as when Dracula kills a whole convent full of nuns. It just doesn’t work at all. With a story like Dracula, less is more. And the way this giant massacre is handled is strange. It’s played for laughs. Dracula tosses a severed head at the group of nuns, like a bridal bouquet, and he says, “That’s gotta hurt,” as a nun is ripped apart by wolves, admittedly off screen. A man with several women in his power, just enjoying himself and being depraved, and it’s played for laughs? It all felt very misjudged, even as I was watching it. 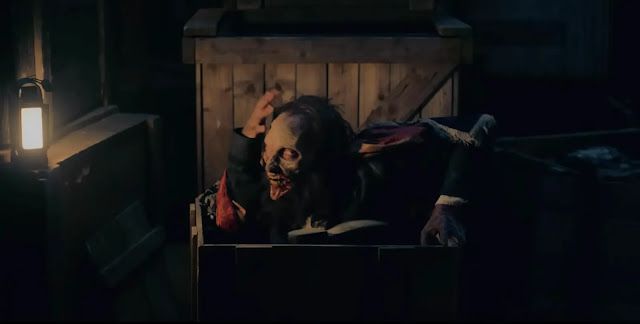 Things get worse in the second episode, which takes place entirely on the Demeter, the ship that takes Count Dracula from Transylvania to England. It’s a slog, as Dracula gradually dispatches most of the passengers and crew. Then comes the concluding episode, and they were saving the worst till last. It feels slapdash and swiftly-written. Much of the run time is devoted to Dracula adjusting to modern life, he is confused by cars for example, but only moments later he is doing some hacking with a laptop he has in his cell. With stuff like this happening, the episode often verges on simply not making sense.

The characters often don’t make sense either. Lucy, in particular, has motivations that are completely inexplicable. She doesn’t break a sweat when Dracula tells her he’s a vampire, or even when she sees a dead child in a cemetery. Then, with minutes left in the series, an attempt at a tragic-romantic ending is tacked on that does not have any basis in anything that has happened up to that point.

Luckily, each episode of Dracula can stand alone as an individual story, so the first episode (the one closest to being an entertaining experience) can be enjoyed on its own merits.
Labels: netflix vampires