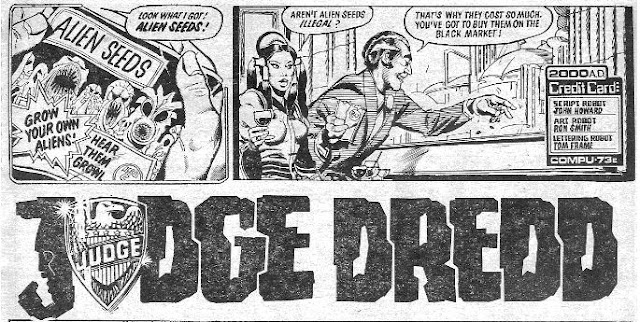 Okay, here we go again. I often read ancient copies of 2000 AD because reading it back then for the first time was a very formative experience for me. I have a 2000 AD page where I link to all the issues I have talked about on this site. 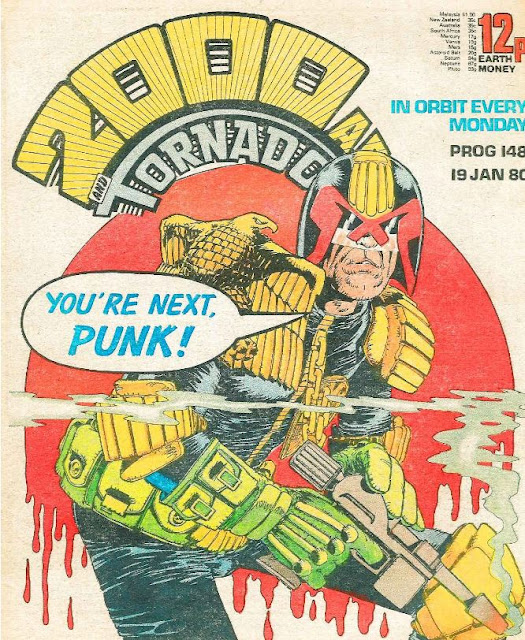 For this post, I'm looking at issue 148, which has a classic cover featuring 2000 AD’s top star, Judge Dredd, and it is drawn by the inimitable McMahon. Once the comic is open, however, we see that the actual Judge Dredd story is drawn by Ron Smith. Don't get me wrong, I like Smith, but he is no McMahon.

The story is sort of fun, like Gremlins or The Trouble with Tribbles. Though personally, I like my Dredd stories a bit darker than this.

The episode of the Stainless Steel Rat in this comic book is notable for the sheer number of batshit crazy ideas it contains, but in a good way. The hero, Slippery Jim De Griz is chasing a dangerous psychopath and wants to be able to think like her, so he takes mind altering substances to make him crazy and violent, then he gets in a bar fight. This gives him the insight into his quarry he needs to predict her next move. He then disguises himself with what is called in the comic a “big, droopy mustache” and crashes a high-tech tournament.

He literally crashes it, landing his shuttle in the middle of a banquet rather than the landing pad provided, because he has decided that is the way the character he is playing for his disguise would act. He decides this character should be called Grav Bent, and takes part in a joust that is for some reason taking place on the planet. He wins, is led to the king to get his trophy, but he throws the trophy down and insults the king. It’s all completely lunatic, but very entertaining. The upshot of all this bonkers action is that De Griz gets himself arrested, but apparently that’s all part of the plan. We’ll have to wait till next week to find out how.I must admit, I can't wait.

Ro-Jaws the sewer robot reviews Alien by Allen Dean Foster, among other books, and says it is a let down after seeing the movie. He calls it a robo-bore in many places. 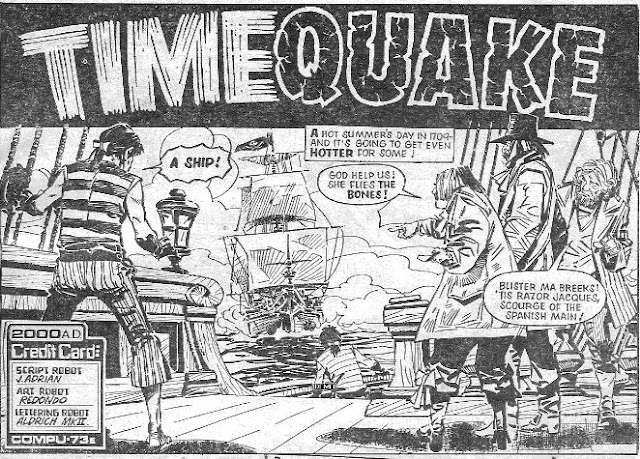 Then, after smiling at Ro-Jaws’ book reviews, I got a horrible surprise. One of the strips I liked least in Starlord, and which I had thought hadn’t survived to appear in the pages of 2000 AD when Starlord got gobbled up, is back. It’s called TimeQuake, and I am not a fan. However, this episode is drawn by Jesus Redondo, and I can forgive a lot of unevenness in a story if the art is good, and Redondo’s art is always good, so I decided to be open minded and dive in. On the second page one of the characters is described as “slant-eyed” which is definitely not okay. My hatred of Time Quake is destined to continue. It’s a lesser crime but there is also a lot of exposition, which is no fun in a visual medium like a comic book. 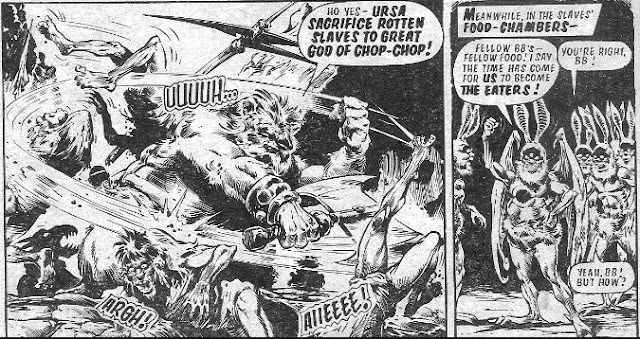 You may have noticed that I don’t say a lot about Black Hawk, a strip that has been running since Tornado was gobbled up by 2000 AD. It was never a particularly strong strip, though its premise is good. It is basically Spartacus in space, with monsters. The problem is that Belardinelli is drawing the monsters, and so they are imaginative and detailed but not in any way frightening, dynamic or powerful. This week we have some anthropomorphic, flying rabbits that wouldn’t scare anybody. 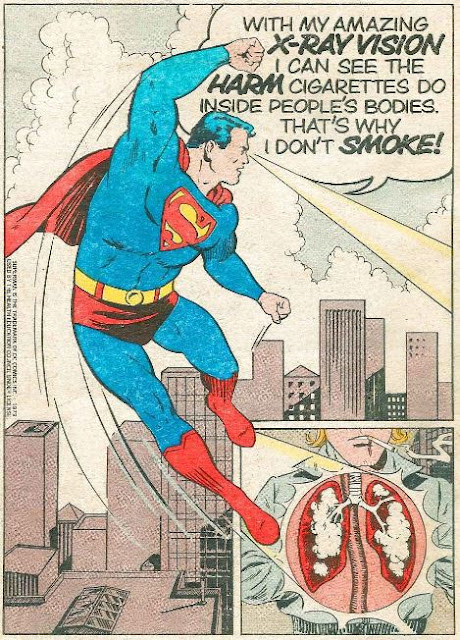 There’s a nice anti-smoking ad in the back that uses Superman to educate the youth about the evils of nicotine, and that’s it for this week.

This was quite a mixed bag of an issue, with a real low point in the casual racism on display in TimeQuake. It is an interesting document of the time, and gave me a pleasant hit of nostalgia, but I can’t in good conscience really recommend this one to a casual reader.