Learning lighting in Blender with Eevee

I am working on my book cover again today, and it is really starting to take shape. I mean, nothing is perfect about it, not the planet, not the spaceship, not the text, nor anything else, but you can already see that hours of work have gone into it. What is really at a very early stage, however, is the lighting. I really need to work on the lighting of the scene, and that means I need to learn a little about the new lighting options available in the new version of Blender with Eevee.

I started by sitting through parts of a few videos (such as this one about Eevee’s lighting effects) but I soon gave up on the tutorials I found. I don’t personally like watching videos because they force you to go at their pace. I much prefer text tutorials because you can speed read the bits you already know and only really pay attention for the stuff you actually need to learn. It’s a little annoying that so many of the search results for Blender tutorials are videos, and I almost suspect that it is because Google and YouTube are essentially the same company.


Eventually I found a nice text tutorial about lighting settings, and it also includes a useful section on setting the defaults for your renders. I didn’t know this, but all the cool stuff in Blender is switched off by default so, for example, you need to specifically enable ambient occlusion in these defaults if you want it. The settings the tutorial recommends are:

Turn on Ambient Occlusion and Screen Space Reflection. In screen space reflection, tick the refraction box if you are planning on using glass shaders and remove the checkbox “half res trace” if you have a graphics card and your scene is not too complex. In the render settings, turn up the samples in the sampling section at the top to 256 and 512 for the final render. 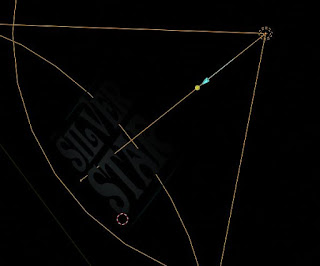 But in the end, I simply couldn’t find a tutorial that really went into the detail I wanted to know so, as usual, I had to start learning by doing. The first thing I had to improve on the cover was that the title at the top of the image – Silver Star – has eight lights on it, and that is simply too many. And they weren’t even giving me the effect I want. I deleted all but one of them and started messing around with it to get it to output more light. It was a laborious process, as I was making little adjustments, then doing render after render to see what difference each tiny change made, but then I noticed two settings in the interface view port that made my life a lot easier. These two magical settings are ‘scene world’ and ‘scene lighting’. 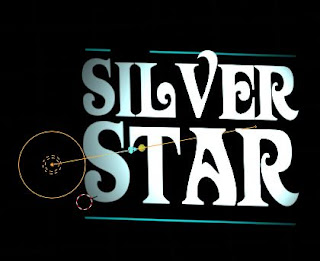 When I switched ‘scene world’ and ‘scene lighting’ on I could see the differences my lighting changes made in real time without having to do a render. I don’t think that has ever been possible in Blender before, and it is amazing. I love being able to change stuff and actually see what difference it makes without having to wait tens of seconds for a render to complete. Wonderful. I love this new version of Blender, and I love Eevee. 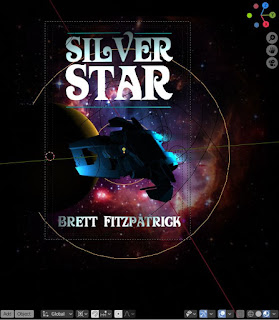 I soon started to learn what each control on each light did, with instant changes as I altered ‘color’, ‘power’, and ‘specular’, but then I didn’t see any change when I altered ‘radius’. I have never, in fact, been entirely sure what radius even does. I had to do a bit of Googling to find a Reddit discussion that described what this setting is all about in a way I could understand. The Reddit comment said: Radius determines the size of the lamp, if this clips through a wall it will light behind it. If you set it very large while using iridescence volume (light probe) you might get split shadows.

I took that to mean that radius is a way of defining the light’s position, which is not a point but a spread-out disk. I figured that meant it is something that can be ignored in most circumstances, and it also explained why messing with it didn’t seem to do anything. At least that was what I thought, but when I reduced ‘radius’ real small to make it less distracting in the view port, the light coming from that lamp intensified, weird. So I worked out that ‘radius’ does do something, but it doesn’t often make a significant difference.

Anyway, after a little playing around I had just one light doing perfectly what previously I had eight lights doing badly. I just have to repeat that I am so glad that Blender now uses Eevee and I can see what my lights are doing in real time. In fact it’s not just the lights. It is hardly necessary to do any test renders at all because the view port does such a good job of showing what the rendered image is going to look like. Sure, there are some symbols, guides, and a bunch of circles scattered around that won’t appear in the completed render, and the resolution is nowhere near the same, but for positioning lights and tweaking the composition it’s just perfect. This may have been possible in previous versions of Blender, but I have never had it working this smoothly and easily, that’s for sure. 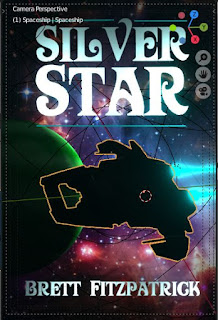 After a while I had my lighting looking just how I wanted, except for the foreground spaceship. I’ll light that once I have finished sculpting and coloring the model. But, with the lights ‘turned on’, I couldn’t help noticing that my yellow planet was looking absolutely awful. It was just a dull yellow blob, so that was what I moved on to next. It was quite simple to assign it a wave texture to give it stripes, and then use subsurface scattering to give those waves a nice bilious green color. Then I worked on the radioactive fire spewing out the back of the spaceship as it zooms through space. All lots and lots of fun, and the cover looks even better than it did before. It is nowhere near finishd, of course, but better, definitely better.

To end, just a reminder that the best way to support this blog is to buy one of my books. Simply go over to Amazon, or Kobo and get one.
Labels: 3D Book Cover