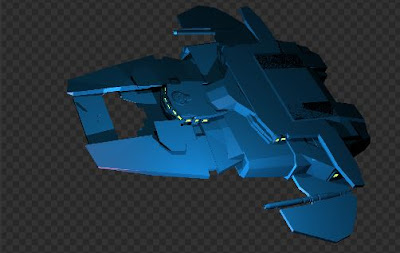 I have just gotten down to work on book six of the Dark Galaxy series of books, which has the working title of Silver Star, and I decided to start with the cover, rather than write any actual words for the story. For a lot of authors the cover is an afterthought, but not for me. I grew up reading second-hand, dogeared, sci-fi paperbacks in the days when covers were done by mighty artistic talents such as Chris Foss, Paul Lehr, Ralph McQuarrie, John Berkey, and Bob Pepper, so for me the cover of a sci-fi book is at least as important as the story within, if not sometimes more so. 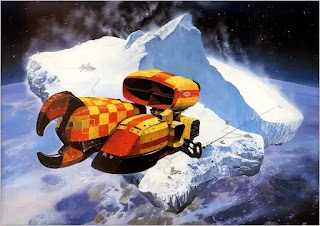 A good cover doesn’t even necessarily have to be a literal representation of the book within. Chris Foss, for example, famously never read a word of the books he created covers for, all he ever did was sit himself down and paint cool spaceships. And, depending on the exact flavor of space opera the book is, who is to say that a cool spaceship isn’t the best way to sum up the story. For my books, the cool spaceship on the cover tells you a lot about the mood I’m going for. I like stories that are told through action, rather than exposition round conference tables or in throne rooms. Some of that is needed sure, but if the same story beat cam be hit with a space battle rather than a meeting, then I say go for it. 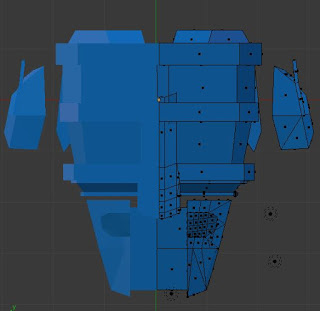 So, to work on the cover of Silver Star. I fired up Blender, and took a look at what I had already done. It’s actually good to come back to an illustration after not working on it for some time. It gives you fresh eyes, and what my fresh eyes saw was that the cover was still in its very early stages. The spaceship was still a very simple shape, made up of a few squares and triangles, and it needs to become a lot more complex before it will be visually interesting. So, the work I did today was to simply, gradually to make the spaceship more complex and interesting to look at. 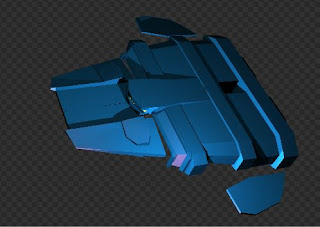 The first thing I did was to pull the stubby wings away from the main body of the spaceship. Then I flattened them, simplified the geometry and aligned hem with the X and Y axis, to make them easier to work with. Once I’d done that it was time to give them more structure. Instead of just jutting out of the main body, I attached them by a slender bar. That’s totally impractical for an aircraft but fine for a spaceship where considerations of aerodynamics just do not apply (unless you want them to). 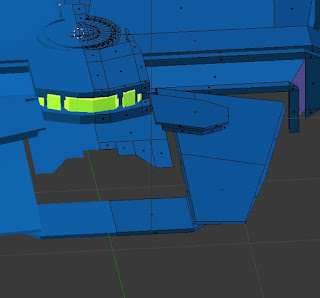 Then I chopped a hole in the spaceship’s nose to give it two Millennium Falcon-type prongs instead of the usual single point. But then, to add even more complexity, I connected the two prongs with a thin bridge of hull plating. I have no idea what purpose this would serve in an actual spaceship, one of its heat sinks, or shield generator, maybe, but it sure looks pretty, and that is reason enough for it to be there.

With the nose and wings a little improved, I moved onto the body of the spaceship, which looked chunky. It was too square and had to be made either wedge shaped, or given a little tapering, as if it was supposed to be able to operate within an atmosphere after all. I started by deleting the biggest of the weird boxy ribs around it, then shrunk the body along the X axis to slim it down. Then I moved the engine nacelles at the back up, so they could actually be seen from the camera angle I’m using on the cover. Just those three changes messed up the geometry of the body pretty bad, so I next went in and simplified it. That’s no bad thing, because the simpler the mesh the easier it is to make changes. It should only get really complex as the spaceship is really taking shape, when big changes are no longer required.

Pro Tip: To simplify and tidy up the internal spaceship geometry it helps to switch off the mirrored half of the model, that’s the eye icon, effectively slicing it in two, like a cutaway poster of an aircraft or ship. 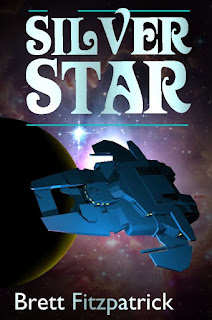 Those few changes don’t sound like much but my relatively simple description hides a multitude of adding and deleting faces, sliding edges, and moving vertexes around. I spent literally hours doing what, with the best will in the world, can only really be described as pottering around with the spaceship. The thing is, the more of that kind of pottering you do, the better the cover is going to look. I still have hours of work ahead of me before the cover is ready to be uploaded. Hopefully I will also have finished writing the book by then as well.

To end, just a reminder that the best way to support this blog is to buy one of my books. Simply go over to Amazon, or Kobo and get one.
Labels: 3D Blender Book Cover