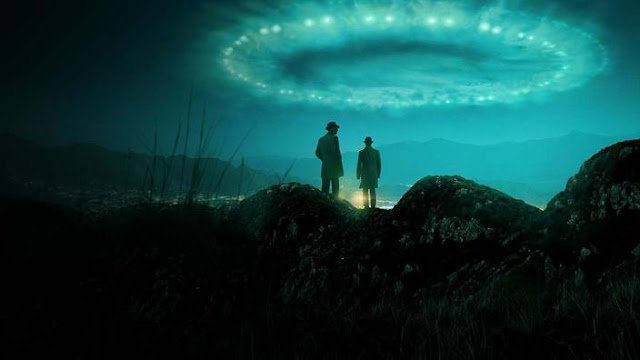 This great show starts with an alien encounter, a dogfight between a US fighter plane and an alien spacecraft, and then switches to some military types watching a sci-fi movie, The Day the Earth Stood Still. From the first minutes of episode one, Project Blue Book is in full swing and setting expectations. 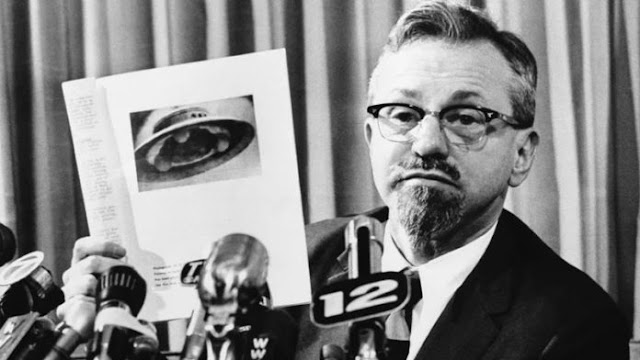 This is a show based on a real thing. The real-life Project Blue Book was a systematic study of unidentified flying objects (UFOs) conducted by the United States Air Force. It started in 1952, and the termination order was given for the study in December 1969. Thousands of UFO reports were collected, analyzed, and filed, 12,618 reports to be exact. This history is fascinating enough, but the show adds a lot more. 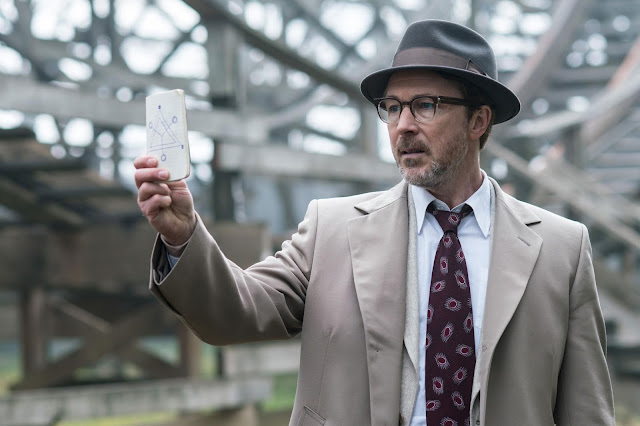 The series revolves around the initially skeptical astrophysics professor, Dr. J. Allen Hynek, who gradually becomes a convinced ufologist. Playing Doctor Watson to Hynek’s Holmes is Captain Michael Quinn, a decorated United States Air Force pilot who saw duty during World War II. The show works hard to include a couple of female characters, Mimi Hynek, Allen Hynek's wife, and Susie Miller, a friend and neighbor of Mimi Hynek, who is also a KGB agent. It is a noble effort, although the two are mostly used in peripheral stories rather than the main events of each episode.


Project Blue Book is set in the 1950’s and 1960’s, and it is enjoyably fast paced, like a pulp novel from that time. The show also evokes a very authentic period paranoia and looks great, considering the budget. It takes inspiration from historical events and theories about UFOs but is very playful and very willing to present UFOs and other paranormal phenomena as real. The Flatwoods Monster incident, the Lubbock Lights, the Fuller Dogfight, and other strange events are presented in such a way that it is very easy to believe they have paranormal explanations.

The air action we see in episode one, The Fuller Dogfight, is based on the real-life Gorman dogfight. The Gorman UFO dogfight was a widely publicized UFO incident that occurred in 1948, in North Dakota. George F. Gorman was a pilot with the North Dakota Air National Guard and a veteran Second World War fighter pilot of the. He was getting some night-flying time in a P-51 Mustang over a football stadium where a high-school football game was taking place when he saw an object to the west. It appeared to be a blinking light and Gorman decided to pursue it to determine its identity.

He flew his Mustang at full power (350 to 400 MPH), but the object was going too fast for him to catch it in a straight line. Gorman described the object as a ball of light about six to eight inches in diameter that stopped blinking and grew brighter when it increased its speed.

Gorman lost sight of the object and when he saw it again it appeared to have made a 180-degree turn and was coming at him. The object then made a sudden vertical climb. Gorman followed the object in his own steep climb. At 14,000 feet his P-51 stalled, while the object was still 2,000 feet above him. Gorman made two further attempts to get closer to the object, but without success. By this point the object had moved over the Fargo Airport. In the control tower the air traffic controller viewed the object through binoculars but could see no form or shape around the light. Gorman continued to pursue the UFO but watched as the object passed out of visual range, and at this point he broke off the chase.

Investigators checked Gorman's P-51 Mustang with a Geiger counter for radiation. They found that his Mustang was measurably more radioactive than other fighters which had not flown for several days, which they took as evidence that Gorman had flown close to an atomic-powered object. The Air Force investigators decided that that something remarkable had occurred to Gorman in the skies above Fargo.

Later investigators picked holes in this conclusion. They noted that a plane flying high in the Earth's atmosphere is less shielded from radiation, thus explaining the Geiger-counter readings. They discovered that a lighted weather balloon had been launched in the area where Gorman first saw the lighted object. They believed that the incredible movements of the object were due to Gorman's own maneuvers as he chased the light, so the object's maneuvers were an illusion brought about by the movements of Gorman's fighter.

The show does a great job of putting this incident on screen, an in making it exciting. The show’s version of the investigation is also good. Dr. Hynek and Captain Quinn are sent to look into the dogfight. They see the pilot's plane being monitored by men in hazmat suits using Geiger counters and Dr. Hynek ssees that the Mustang has more radioactivity than a plane should, even if it has pierced the upper troposphere. It is the first hunt that this show is going to fall on the side of believing in UFOs, and it is welcome. In fact the term UFO is coined by Hynek during the first episode.

Quinn's first guess is that the explanation is a weather balloon, and he takes Hynek on a flight to recreate the conditions, to prove a weather balloon can look like a spaceship. They are obviously in a studio rather than a fighter, but this just gives the show a pleasing 50s B-movie vibe that is very appropriate. To this point the show is very even handed in examining the two ways the incident can be explained. One character thinks the weather balloon is convincing, while the other still has doubts, but then things get trippy.

The show becomes its own thing, making up events that have nothing to do with the real-life incident. The song, How High the Moon, is repeated over and over again, and the pilot who saw the UFO says the aliens use the song to communicate with him. A mysterious figure then leads the professor to an abandoned funfair with an operating theater hidden in one of the buildings. When he gets home, his son has been doing duck and cover drills at school, and his wife has a new friend, who takes photographs of the family. The air force just wants things covered up, and even his partner is working against him.

The paranoia is deep, and the sense that the professor is under threat is palpable. It's a great first episode, and the decision to use the real Blue Book incident as a jumping off point for a more pulpy story is inspired. This is exactly the kind of sci-fi I love.