Dispatches from Elsewhere is... art 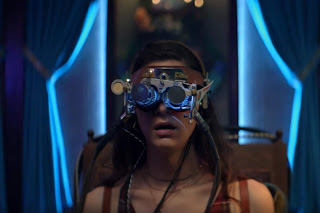 Dispatches from Elsewhere was created by Jason Segel, based on The Institute, and premiered on March 1, 2020, on AMC. This review is going to start out filled with spoilers and only add more and more spoilers from then on. If you think you might end up watching this show, now is the time to stop reading if you don’t want to be spoiled. 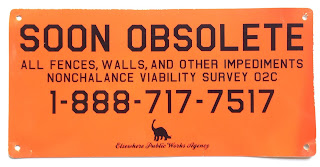 Dispatches from Elsewhere is so slavish to The Institute for its setup that I think it’s worth quickly talking about it before looking at Dispatches from Elsewhere itself. The Institute is a 2013 documentary about an alternate reality game where, over the course of three years, more than 10,000 players responded to eccentric flyers and started a game by being inducted at the fake headquarters of the Jejune Institute. 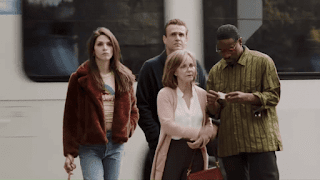 Interestingly, Slant magazine hated it. They say, “At times opaque and seemingly incomplete, The Institute is a lazily constructed documentary that doesn’t hide first-time director Spencer McCall’s admitted lack of understanding for his subject.” They also say that The Institute needed a beauty makeover, and that is one thing that Dispatches from Elsewhere does well. It makes the game, which I imagine was quite tatty in real life, into something of fantastical beauty and visual interest. The show handily answers the question of whether there is artistic value in taking a three-dimensional, living experience and turning it into a two-dimensional TV show. 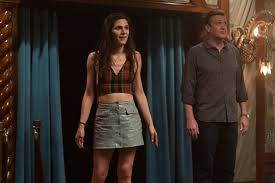 McCall was initially hired to shoot fake videos for the fake Jejune Institute, as part of an elaborate fantasy game, before becoming interested in the game himself. McCall’s documentary is about piecing together what this elusive, scavenger hunt-like game was all about and what it was like to experience it. His interviewees found it an enticing alternate reality, a vibrantly imaginative part of their lives, or a paranoia inducing bad trip. 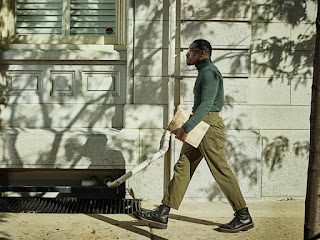 Dispatches from Elsewhere moves the game to Philadelphia, but otherwise seems to be very faithful to the game. Like in the real game, each player’s experience starts when they visit the indoctrination room, where a new player sits alone and watches a cult-like video that points them toward the next clue, hiding somewhere in San Francisco. The man on the video is the absolutely magnetic Octavio Coleman (Richard E. Grant), the cult-leader-like CEO of the Jejune Institute. 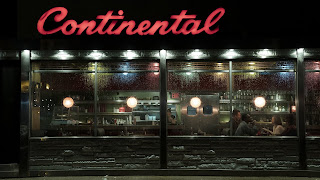 The show’s first episode brings together and introduces to us group of players as they stumble into the game, which they experience as a puzzle hiding just behind the veil of everyday life. The first player we meet is Peter (Jason Segel), a drone in some kind of data job, struggling to find meaning in his life. Peter then meets Simone (Eve Lindley), a trans woman seeking fun and adventure. In quick succession we then meet Janice (Sally Field), a woman finding out what life can mean after loss, and Fredwynn (Andre Benjamin), a man dedicated to figuring out life’s hidden truth.

As the group plays the game, we get big reveals and find out the secrets behind various mysteries and conspiracies, so the usual spoiler warning carries even more weight than usual here. Do not read further if you have a problem with being spoiled on this show. To give you even more time to decide whether to read on and risk being spoiled, I am going to put an ad for one of my books just below, after that ad things will get very, very spoilery indeed.

Forever Young is a modern take on a classic Gothic novel, combining horror, death, and romance. It is firmly in the tradition of the most famous books of the genre but it is also something new. The book introduces us to Jasmine, a student of anthropology, newly arrived in Venice, and to Violetta, who is trapped in an ancient and violent world with no escape. After the two meet, Jasmine gradually awakes in Violetta the desire to get out, no matter the danger.


It’s clear that Dispatches from Elsewhere is a story that was planned out, rather than being made up as the writers went along (looking at you J. J. Abrams), but the delightful intricacy and whimsy of the first few episodes soon starts to unravel, and the second half of the series is very much less dense than those first episodes. This unraveling happens in three stages. In the first third of the series Dispatches from Elsewhere shows us what it’s like to play the game, then we are invited behind the scenes in the second third, which is interesting but less involving, and by the last third of the series the game is over and has pretty much been forgotten by the show’s writers, apart from a few nods here and there.

I thought this loss of focus was a shame because when the show is talking about the game it is intricate and fascinating. Later, more character driven scenes, such as Janice confronting profound loss, are often brutal, simplistic and primal. It is obviously a choice to end the game before the actual finale, but this leaves a slight - actually not so slight - feeling of anticlimax to episodes 8, 9, and 10, which are the ones that take place after the game. I felt like the show should be leading to some sort of twist ending, where plot points are brought together, but instead the opposite happens. The threads of the story relating to the game are all unraveled and disappear until we are left with a show that is something else entirely.

The lack of any connection to the central idea of the game becomes more pronounced in the later episodes and is most starkly seen in a seemingly peripheral character. A boy in clown makeup starts cropping up in episode three, and as the show reaches the last episode it becomes clear that this character represents Jason Segel, himself. It all gets a bit self-indulgent, but does still bring with it much beauty. As this thread of the story plays out, Segel takes us into his experience with Alcoholics Anonymous and lays out what he personally took from playing the game in real life.

Segel has confrontations with Simone and the boy in makeup which lead him to start work on a script called Dispatches from Elsewhere. The season ends with Jason sitting in a field, surrounded by the series’ key characters, directly addressing the audience. This final scene then completely breaks the fourth wall, revealing the film crew shooting the end of the episode.

This is a show designed to be either an anthology that continues on into series two, or a limited series that ends here, probably depending on how well it does, and I hope it has done well. I loved the first three episodes, and the rest of the season was never less than interesting. Peter’s relationship with Simone in particular was groundbreaking and beautiful, and we all want Eve Lindley to get more work after this, so we can see more of her acting. The scene where Simone tells Peter that dating her is more complicated than dating a cis woman is gripping, and though the show is always pretty clear about who Simone is, it is great that Simone gets to say out loud that she’s trans.

The message of the original game seems to have been for the players to continue it themselves, to go out and create their own art. I think it’s fair to say that Segel very definitely got that message. This show is a true work of art. It is never clear what is real and what isn’t and there are plot holes, but they are often beautifully papered over with very attractive cinematography and intriguing visual gimmicks. Nobody knows if there will be a season two, but I certainly hope so.