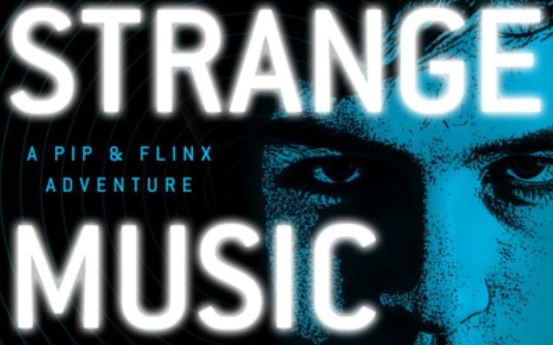 I’m usually quite a cheerleader for sci-fi movies and TV shows, no matter the quality, but I find that with books I tend to cut less slack. I have written quite a few less than shining reviews for sci-fi books on this site, and this is going to be another one. Don’t get me wrong, as you read Strange Music by Alan Dean Foster it is obvious that he is an outstanding writer. It is just that the story itself isn’t sci-fi enough for me. So why did I even buy it? 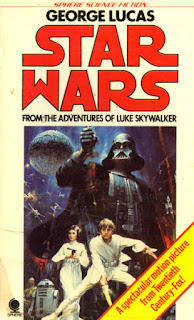 I vividly remember reading the novelization of Star Wars back when the movie first came out. I remember reading it under a tree by an open air swimming pool, during one of the long hot summers of the seventies. I remember the cover art, and the photographs on a few glossy pages bound at the center of the book. I would flip to those pages and gaze at them after every chapter I had read, to see if new secrets had been revealed about the images, a name to go with one of the characters or some hint of how each scene fit with the movie. It was a beautiful experience, reading a classic sci-fi story and a wonderful book, and that book was written by Alan Dean Foster. He is one of the big beasts of science fiction, with an incredible number of novels in his bibliography. So that’s why Strange Music caught my attention.


This review isn't about the novelization of Star Wars, however, it is about a much more recent book. Strange Music is part of a series, and it isn't the first book in that series, but I don't usually let that put me off. I can usually work out what has gone before in an ongoing story without too much confusion, and I kind of like the way this sort of story, plucked at random from the middle of a series, tends to have a richer back story because of that. So I excitedly started to read. 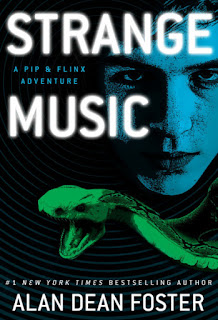 The book starts with an enigmatic and ominous preface of just a page, and then we get introduced to an intriguing couple. They are a guy and a young lady, and they each have a little dragon friend. They're hiding out on an out-of-the-way waterworld when an alien creature turns up with an important mission. I thought the two of them were great together, but only the guy actually gets to go on said mission.

The guy is called Flinx, and he leaves his wife/girlfriend behind in a domestic scene that could have been written in the 1950s. It's strange because the woman is given all the details about the mission but isn't invited to come. Surely she should be going along, or it should be kept secret. But nobody even suggests for a moment she should leave the cooking and cleaning and lend a hand. These old-fashioned attitudes intrude later in the book too, when a female alien is referred to casually as only a breeder. If Dean Foster is going to write about a medieval society, but take pains to make sure it is alien and unique, why include such retrograde attitudes?

There is a nice section where Flinx travels to the target planet on a ship with advanced AI. This part is intriguing, and the closest that the book comes to the sort of space opera I prefer. Then Flinx goes down to the planet, and on the planet things take a nose dive. The big idea of the book is that the local language is sung instead of spoken. This is an interesting idea, I suppose, but it means everything turns into an opera. All the dialogue has to be sung, including the most boring and mundane details, like ordering food. Instead of a character saying "No," they will sing a few lines of lyrics instead, like, "In the negatory I must opine, as the course you suggest is not of my mind," or something like that. It is amazing how annoying that gets when the idea is unrelentingly applied to almost every chunk of dialogue in the book. It's brutal and it must have increased the word count of what is in fact quite a slight story, immensely.

By the time I got to around chapter nine or ten I was heartily sick of it and ready to quit. If there had been something engaging about the story, some cosmic secret, or some interesting new technology, I think I might have stuck with it. But it is just a damsel in distress story, so even though I don't like to check out of a story without reading the whole thing, I decided to call it a day. It's not a bad story, it just wasn't my cup of tea. Check it out if you think you might like the central conceit of sing speaking, otherwise this is very much not an essential read.

After being quite dismissive of this book by a respected and talented author, I guess it’s time to plug my own book. You have to have chutzpah to be a self-publishing and self-promoting author out here on the interwebs. So, just a reminder that the best way to support this blog is to buy one of my books. Simply go over to Amazon, or Kobo and get one.
Labels: Ebook reviews